The old cliché that a thousand books sold is a lot when talking about poetry is no longer true," says Ed Ochester, who has served as editor of the Pitt Poetry Series at the University of Pittsburgh Press for nearly thirty years. Since its inception in 1967, the series has published an average of seven books a year, including titles by Billy Collins (several of which have sold a hundred thousand copies each, Ochester says), Ted Kooser, Sharon Olds, Alicia Suskin Ostriker, and Virgil Suárez. To commemorate the fortieth anniversary of the Pitt Poetry Series, the press is publishing American Poetry Now, an anthology that includes the work of forty-seven series poets. 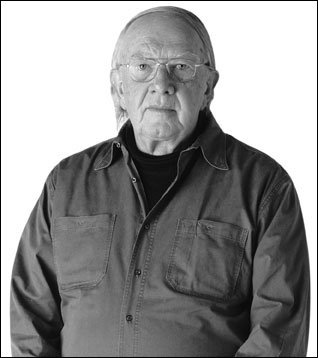 Ochester has written more than fourteen books of poetry, two of which will be released this year—Unreconstructed: Poems Selected and New (Autumn House Press) and Republic of Lies, forthcoming from Adastra Press. He is currently on the faculty of the Bennington College Writing Seminars, and is a professor emeritus at the University of Pittsburgh. After twenty-eight years of editing the Pitt Poetry Series, Ochester spoke about the changes he's seen in poetry and publishing.

How has the Pitt Poetry Series stayed relevant over the past forty years?
One of the things anybody would notice about the series is its enormous variety of style, of content, and even a great diversity in the background of the individual writers in terms of class, ethnicity, and so on. When I'm doing panels and people ask, "What are you looking for in a book?" the answer I usually give before I elaborate is "I'm looking for what I haven't seen before." I read a lot of manuscripts that are very well made, but that I think are kind of boring. And I read manuscripts I think are well done—but there's something else happening there—there really is electricity in them. Those are the ones I choose. I think one of the things that makes the Pitt Poetry Series different from just about every trade house now—and probably a number of university presses—is that we have open submissions. We do read everything that comes in over the transom.

How has poetry changed over the years?
When I was in school at the end of the 1950s, the '60s, poetry was by and large what happened in New York or Boston or San Francisco. Those are still places where poets live and write, but there really is not one center of poetry anymore in the United States. I remember—and this goes back a number of years—when we published Ted Kooser. It amazed some friends of mine on the East Coast that there was this guy in Nebraska who was writing good poems, and I think a lot of them at the time didn't really believe that people could be living there and doing good work. It's all over the map now. One of the concomitant truths with that is the variety of styles, the variety of contents of American poetry, is much greater than in the past. There is no legitimate aesthetic model that says, "This is the way you do it." It's done in lots of different ways.

How have attitudes and opinions about poetry changed?
There's been a holdover from high modernism, I think—the notion that if poetry is difficult it must be good. And if poetry is easy to read, and I'm not talking about the emotional complexity, but that if it's easy to read, it's not as good. And if you look at most any poetic tradition from around the world, you start to see the nonsense of that.

What will the next forty years bring for the series?
Despite the constant talk of gloom and doom that's been around poetry since I was a child, we do seem to be selling more books. We have lots of books that have sold ten or twenty thousand copies. And though we will occasionally do a first book—and in some cases a second or third—that doesn't have robust sales, it's almost a given that any book we publish will sell two or three thousand copies, and we have a lot that have sold many more than that. It's not nearly as good as it should be, it can be much better, but I think the direction is up.

Timothy Schaffert is the author of three novels. His latest, Devils in the Sugar Shop, is forthcoming from Unbridled Books in May. He lives in Omaha, where he is the director of the Downtown Omaha Lit Fest.