Last fall Dan Chiasson succeeded former poet laureate Charles Simic as a poetry editor of the Paris Review, the fifty-five-year-old literary magazine edited by Philip Gourevitch. A professor at Wellesley College in Wellesley, Massachusetts, and the author of three poetry collections, including Where's the Moon, There's the Moon, forthcoming from Knopf this year, Chiasson joins poetry editor (and Slate culture critic) Meghan O'Rourke on the Paris Review's masthead. He recently spoke—by phone from a New York City taxicab—about his new role at the venerable journal. 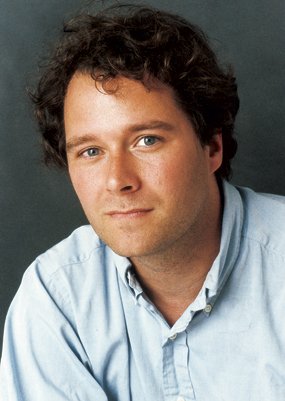 What was the process behind your being chosen as poetry editor?
I think I've been on the magazine's radar screen for a while now. They published a long poem of mine, and I've known Meghan for a few years—I've written some pieces for Slate—and we just hit it off. Both of us are poets and review poetry, so there's a lot of common ground. Plus, I admire Charles Simic's work a great deal, and even though I don't know him well, I'd say our work is similar aesthetically and our taste in poetry is in the same time zone.

But the letter from Philip Gourevitch, asking if I was interested in the position, came very much from out of the blue. And of course I was interested, even though Simic is impossible to replace. The magazine in general is so great to read and it publishes top-notch work. I started there a few weeks later, and we got down to business immediately: Already there was a stack of submissions waiting for me!

Since O'Rourke lives in Brooklyn, New York, and you live in Boston, how do you divide up editorial responsibilities?
Meghan and I have been friends for a long time, so we have a fairly strong rapport. The office will send us a pile of submissions, half to Meghan and half to me. She'll narrow hers down and send me the poems she's struck by to evaluate, and vice versa. It's a lot easier to stay in our own private bubbles and read, thanks to e-mail and PDF files. If I like something and it passes Meghan's test, the poem will be read by the other editors, including Philip, who always has the final vote. He has a strong interest in poetry, and the magazine as a whole is shaped according to his vision.

What sort of support have you received from Wellesley in order to juggle teaching poetry at the college and your new responsibilities at the Paris Review?
What Wellesley has done in terms of support is unprecedented. When I told them about the Paris Review's interest they were thrilled with the association—so much so that they set me up with an editorial office and the means to hire a student as my assistant. Her name is Hannah Braaten and she's great—very organized.

What sort of overlap do you see between teaching poetry and shepherding poems to publication?
I now feel like I'm involved in all steps in the poetry production chain. I write poetry; I teach poetry, which exposes me to fresh and unformed young minds; I review poetry for newspapers and magazines; and now, at the Paris Review, I read unpublished work by accomplished, award-winning poets and rising stars, and have a hand in selecting it for publication. It's very thrilling to be so involved and to see the differing mind-sets of students versus poets submitting work to me. What I now can't do, however, is publish my own work in the Paris Review. I also have to think very seriously about conflicts of interest with regards to reviewing. I've had the freedom to speak my mind about any poet, but now I have to be more careful in my reviewing choices.

This issue is devoted to inspiration. What's your recommendation for writers who may be stuck in their current projects?
Like Duke Ellington, I believe in deadlines to help bring about inspiration. Of course, no one gives deadlines to write poetry, but it's a matter of sitting down and writing, having a sense that this is the time and place to do it. It's calisthenics.

Sarah Weinman is a freelance writer in New York City. Her Web site is www.sarahweinman.com.