Only days after winning a National Magazine Award for fiction, the editors of the Atlantic Monthly made an announcement in the magazine’s May issue that took many readers by surprise: “We will no longer offer a short story in every issue of the magazine.” To free up space for more long-form narrative reporting, they wrote, the Atlantic Monthly will publish an annual fiction issue, to be available exclusively on newsstands and online. 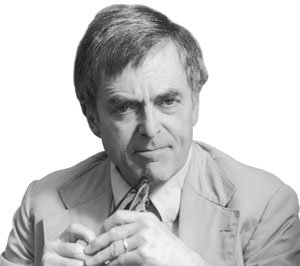 Shortly after the May issue hit the newsstands, the editors themselves got a surprise. They learned that the Atlantic Monthly, which has been headquartered in Boston since its first issue was published in 1857, will move to the Washington, D.C., offices of its parent company, Atlantic Media.

In the midst of all the changes, C. Michael Curtis, a senior editor at the Atlantic Monthly, where he has edited fiction for more than thirty years, says he intends to remain in his position and oversee the new annual fiction issue, the first of which will be published later this month. Curtis, who is known not only for selecting award-winning short stories but also for his considerate and sensible letters of rejection to the thousands of submissions he’s read over the years, spoke about the magazine’s new approach to publishing fiction.

Why the change in the way the Atlantic Monthly publishes fiction?
I wish I knew the answer to that. All I’ve been told is that space in the magazine is at a premium. It’s expensive to produce it, and the management feels they can make better use of that space in other ways.

How does the move from Boston affect your plans?
At this point, nobody knows exactly what is going to happen, because we’re going to have essentially an entirely new staff of editors, and the new editors will be determining policy after the end of the year. In theory, I am still the fiction editor and thinking about the August 2006 issue, and reading stories with that issue in mind. But all of that can change.

When a widely read magazine changes its policies on publishing stories, it naturally sets off discussion on the state of contemporary fiction. From your perspective, where does fiction writing stand today?
We’ve always had to reject far too many stories that we liked, simply because we didn’t have room for them. And it’s probably true that we now have to reject still more. Certainly our job is harder in that sense.

For more than twenty years, critics have written about the renaissance of the short story. Was there ever such a thing, and if so, is it over?
I certainly don’t think it’s over, judging from the number of short story collections I see reviewed in the New York Times Book Review every weekend and the galleys that pour into our office. There was a sea change twenty or maybe even thirty years ago, as the MFA programs began to multiply and the short story became the currency of classroom discussion and interest, and more and more writers began to write them and send them in. Of course, that continues.

Will there still be interviews with fiction writers in the regular issues of the Atlantic Monthly?
My best guess is no. My best guess is that the folks who are making policy, and who are trying to put together a package they think is commercially viable, are convinced that things like interviews with authors or pieces about writing aren’t a big pull at the box office. It remains to be seen.

Perhaps, with the annual fiction issue, you’ll have the opportunity to reach beyond the magazine’s regular readership.
That’s my hope. My hope is that we’ll put together an issue that is so attractive and so full of charming surprises that people will want to buy it, and it will become a staple of its own sort. Perhaps even the tail that wags the dog. But who knows?

Timothy Schaffert’s second novel, The Singing and Dancing Daughters of God, will be published by Unbridled Books in November.