Publishing in the Twenty-First Century: An Interview With John B. Thompson 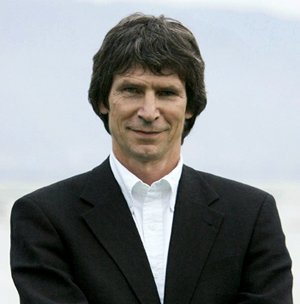 Thanks to Gabriel Cohen and John Thompson for this interview and its clear-eyed description of many of the major issues in contemporary publishing.

I personally think the printed book and the electronic book are both here to stay, and will live eventually in some sort of comfortable relationship to each other. I believe the method of production for the printed version will migrate soon, though, and pretty definitely, toward the Print-On-Demand model, in which books will be printed in as short a press-run as one copy, which will be paid for by the reader upon placing the order, i.e. before the book is printed. The need for long press-runs, big inventories, the warehousing of large numbers of books, the weight of all that paper, printing ink, bindery machinery, etc. etc. - and the costs of all that - will be greatly reduced.

This technology has been a long time coming. But it is here now and within the next few years will become the print technology of choice, even for highly-designed books filled with fine photography and complicated graphics. Traditional book stores needn't be adversely affected, since they too will benefit from the inventory/warehousing savings mentioned here.

Terence Clarke
author of A Kiss For Señor Guevara

Thank you for your behind-the-scenes perspective on the volatile and perplexing world of book publishing.
* * *
TRADE WARS

Books,
overproduced and devalued,
have become the kindling
of their own immolation—
reduced, like their authors,
to a dwindling status:
used as loss leaders
in the battle for readers.

... for this excellent interview! i'm involved in a multi-year research project in germany where we work with firms supporting the publishing industry, which is very concerned indeed - willing to try all manner of things at the moment. the information contained in this article is very useful.
as a writer, i'm equally intrigued though not too worried. i took the liberty to repost this article at kaffe in katmandu an online collective of writers and artists. cheers from berlin – marcus speh

John B. Thompson's book, "The Merchants of Culture" is fascinating reading but in this interview I think he misreads a couple of the dynamics that have made trade publishing such a difficult industry in recent years.
He cites what he calls the "growth conundrum"--that is, the requirement from shareholders for publishing companies to grow 10% annually in an industry with no or little growth in sales overall. If you’re part of a large corporation, you can’t remain static. The reason why publishers don't "just publish more books" isn't because it over burden's the sales force it's because good, commercially viable books don't come out of a spigot. You can’t just open the value more and get more books. Authors (my and large) create books, not publishers. Most of the publishers I have ever known and their acquiring editors, sign and publish as many good, commercially viable books as the can. The “growth conundrum” is more a dynamic of competition for limited resources. To grow, you need to get more market share. And, a general trade house, to get more market share you have to pay more for the books than other publishers are willing or able to, which puts capital investment increasingly at risk.
One might think, “You just publish more books.” Indeed, some of them tried to do that a few years ago. In fact, that’s a false answer; it just makes your problems worse. If you’re a Random House, you’re dealing with several thousand books a year—several thousand new product lines. Your sales force is overwhelmed. It’s no good saying, “I want to publish a hundred more books.” They can’t cope.
The other observation that I would take exception with is that publishers publish more books than they market. That is, they print them, ship them to bookstores but don’t have a plan for promoting them. Well, the vast majority of retail products are “marketed” in just the same way. Next time you go shopping, notice what’s in your cart and how and why you came to buy it. More often than marketing, the purchase was driven by a recommendation by a third party or simply by discovering it on the shelf. Right? The fallacy here is that Mr. Thompson doesn’t consider putting books on shelves in bookstores as marketing. It is.
When we talk about the publishing industry, we have to be very careful to make distinctions. There are many different kinds of trade publishers, small and large, general, niche, commercial, and academic—and the dynamics that traditionally supported their businesses are distinct in important ways. Most of the press coverage on the industry, and most of the books published on the subject, tend to over-emphasize the significance of a small handful of very large publishing houses, while the vast majority of books are published by small presses with very different business models.

As the editor in chief of Twelve, Jonathan Karp is always looking for good writing. Considering that half of all the books he’s published there have become best-sellers, that should make a lot of writers very, very excited.

With nearly four decades of editing experience, publishing veteran Pat Strachan reveals the qualities she looks for in fiction, her approach to editing, and how writers can help themselves navigate the industry.

Some publishers may have lost sight of what’s important, but the head of FSG shows his allegiance as he discusses the fallacy of the blockbuster mentality, what writers should look for in agents, and his close bond with authors.

Four young editors, from big houses and small, take some time off to discuss what makes a good manuscript, what they’ve come to expect from their authors, and how much of their work needs to be done at night and on weekends.