On June 18 the Poetry Society of America honored its longtime executive director, Alice Quinn, and singer-songwriter Paul Simon at its annual benefit, held at the New York Botanical Garden in the Bronx, New York. The event featured tributes to Quinn, who will step down as executive director at the end of the month, and a musical performance by Simon.

U.S. poet laureate Tracy K. Smith presented the award to Quinn, who has led the organization for the past eighteen years, calling her “one of the greatest literary citizens of our time,” who has tended to the “cultural life and the inner life across this country and beyond.” Before starting at the PSA, Quinn was the poetry editor at the New Yorker for twenty years and an editor at Knopf for more than ten. 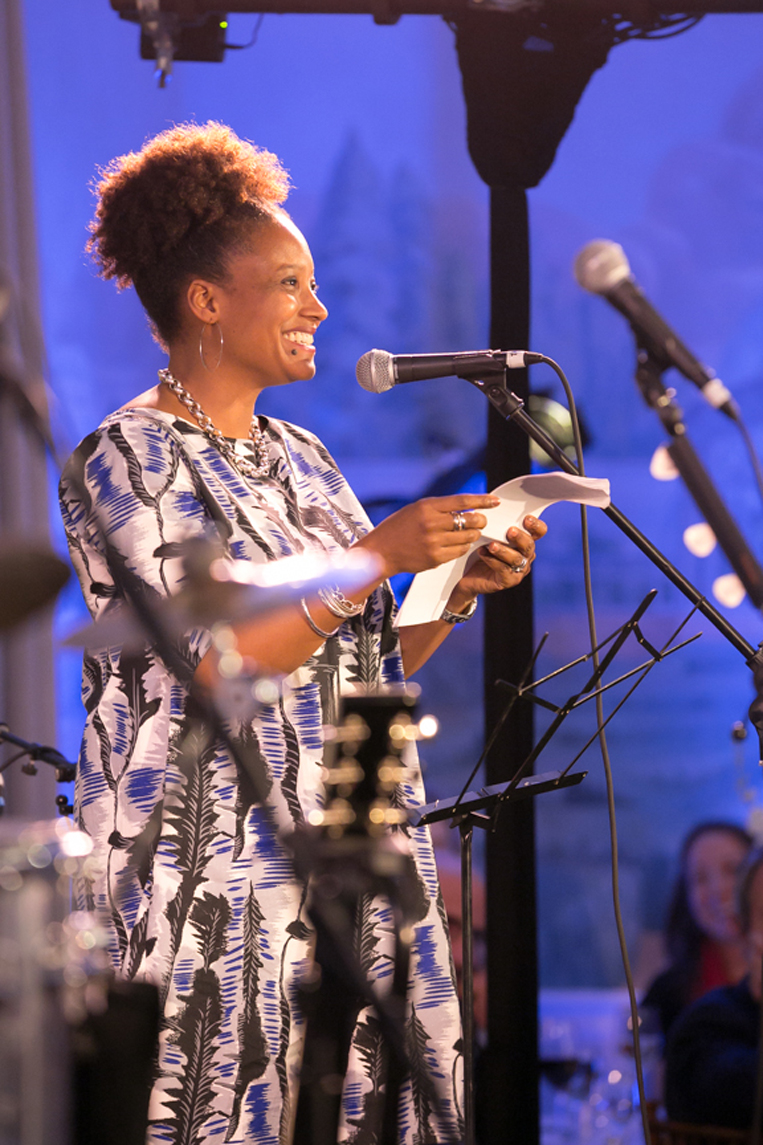 Smith, who met Quinn when she was a graduate student at Columbia, described Quinn’s impact on her growth as a writer. “It was Alice’s gentle feedback that guided me to see what my poems were attempting to do, and what I might, when I was ready, free myself to attempt,” she said. She went on to note the many places she found poetry because of Quinn: the pages of the New Yorker, the subways of New York City, and museums and performance spaces across the United States. “The work to which she has dedicated herself to for most of her life has forever changed poetry and public life for the better,” said Smith. 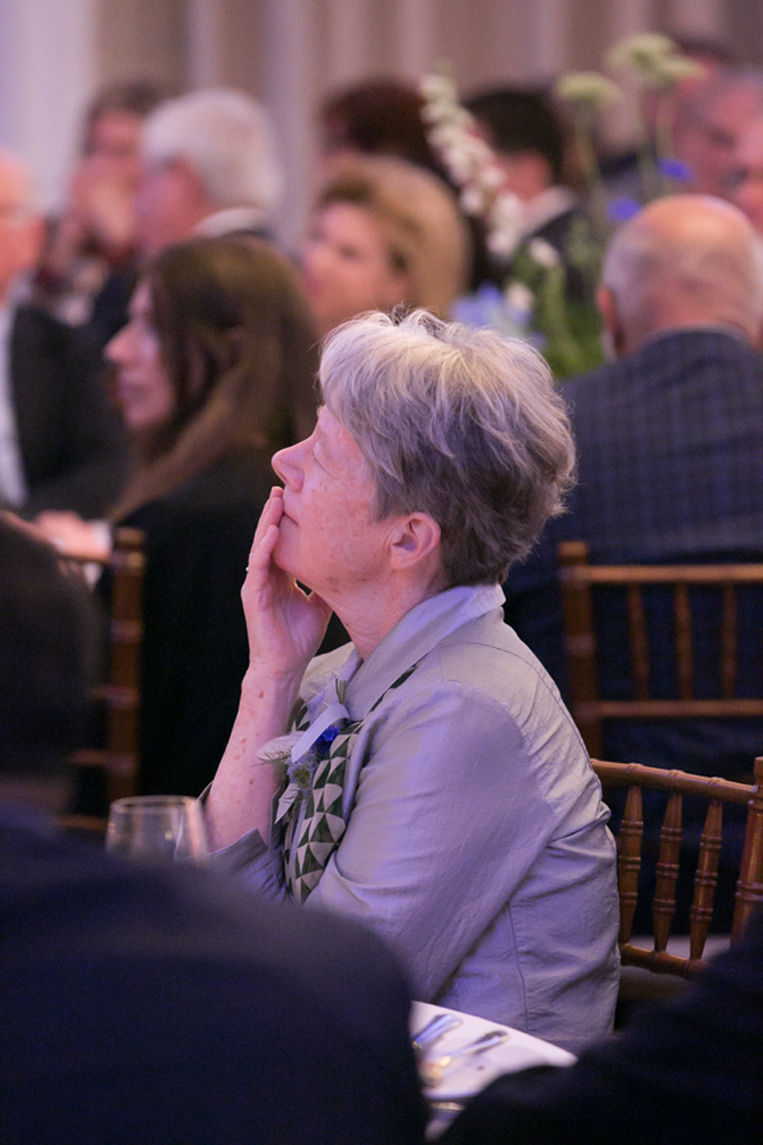 Quinn accepted the award and thanked her friends and family, including Farrar, Straus and Giroux publisher Jonathan Galassi, New Yorker poetry editor Kevin Young, W. W. Norton editor Jill Bialosky, actress Maria Tucci, and many more. Quinn also noted that fifty of her family members had come to the event. “I shall cherish all of you here for your generosity and friendship, and for all the special feeling you’ve brought into this room tonight,” she said. 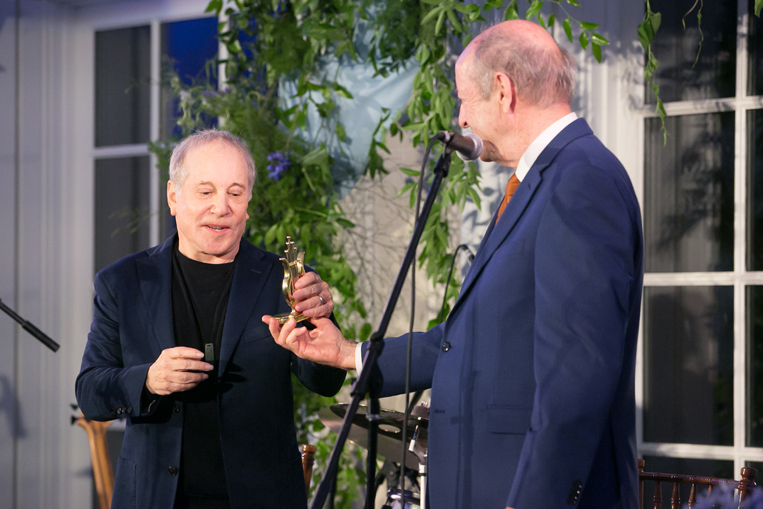 Billy Collins presented the award to Paul Simon, singling out his devotion to poetry. “Paul was the first popular rock singer that I ever heard mention the word poetry—‘I have my books and my poetry to protect me,’” said Collins, quoting Simon’s song “I Am a Rock.” Upon accepting the award, Simon read two poems: Les Murray’s “Performance” and W. S. Merwin’s “For the Anniversary of My Death.” He discussed writing poetry versus lyrics and mused on the difference between the two forms. “Lyric writing can be poetic, but I can be most powerful by being straight-ahead simple with the lyrics,” he said. “Melody is the other voice, the nonverbal voice. That’s the great power that unites the heart all over the world—there’s something mysterious about that.” 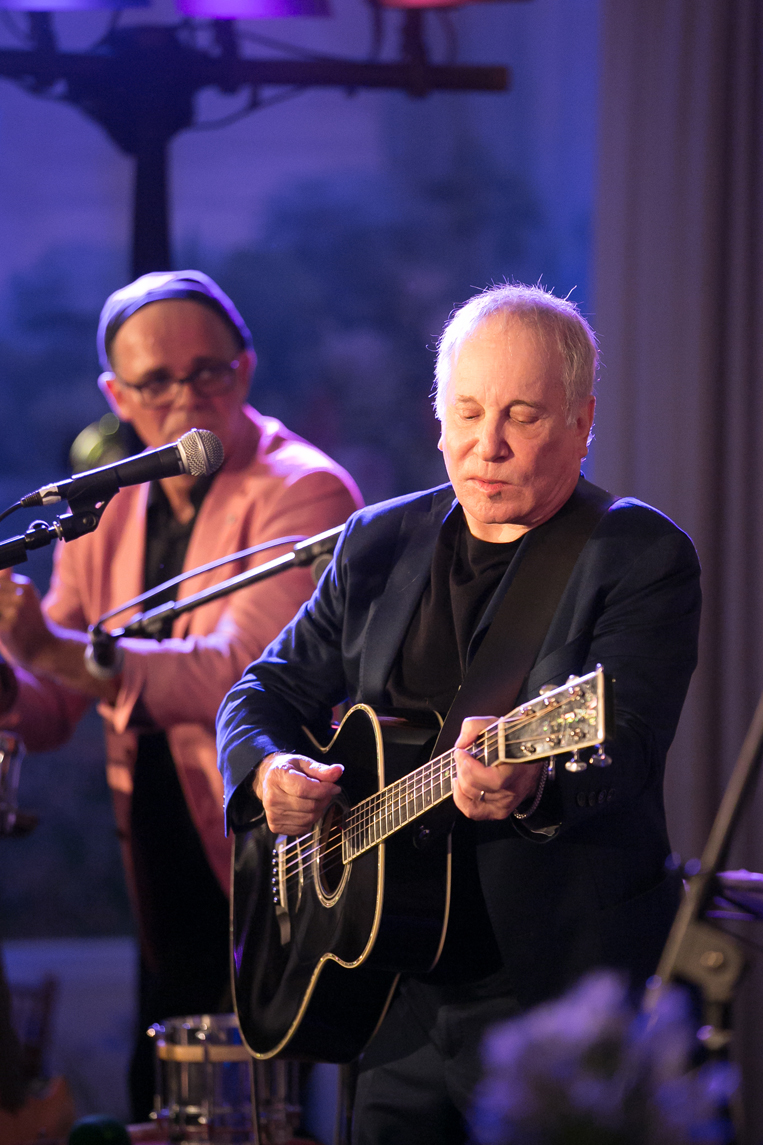 Simon then performed five songs, inviting the audience to sing with him during “The Boxer” and concluding with a solo performance of “The Sound of Silence.” 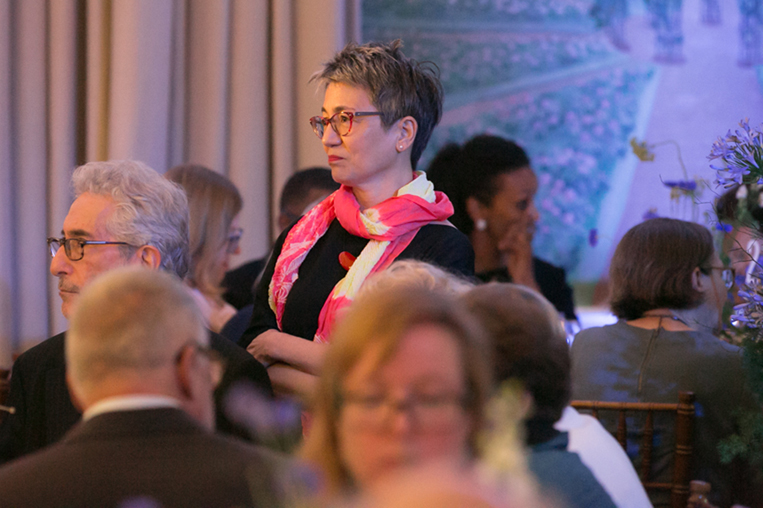 The evening was a tribute to poetry and lyrics and to two pioneers in their fields. Earlier in the evening, Kimiko Hahn, the president of the board of the PSA thanked both Simon and Quinn. “Thank you, Paul and Alice, for your contributions to listening, sharing, and—each in a different way—giving back to the world the sounds we need to hear.”

Read more about Alice Quinn’s work at the Poetry Society of America in “Q&A: Quinn Bids Farewell to the PSA” in the current issue of Poets & Writers Magazine.

Alice Quinn on her eighteen years as the executive director of the Poetry Society of America.

Former New Yorker poetry editor Alice Quinn discusses her final days at the magazine and looks ahead to more time spent in her role as the director of the Poetry Society of America.

The Poetry Society of America, the oldest poetry organization in the country, is marking its centennial this year with a number of special events that are being held across the country.