by Staff
News and Trends
January/February 2017

With so many good books being published every month, some literary titles worth exploring can get lost in the stacks. Page One highlights the first lines of a dozen recently released books, including Roxane Gay’s Difficult Women and Kevin Wilson's Perfect Little World, offering a glimpse into the worlds of these new and noteworthy titles. 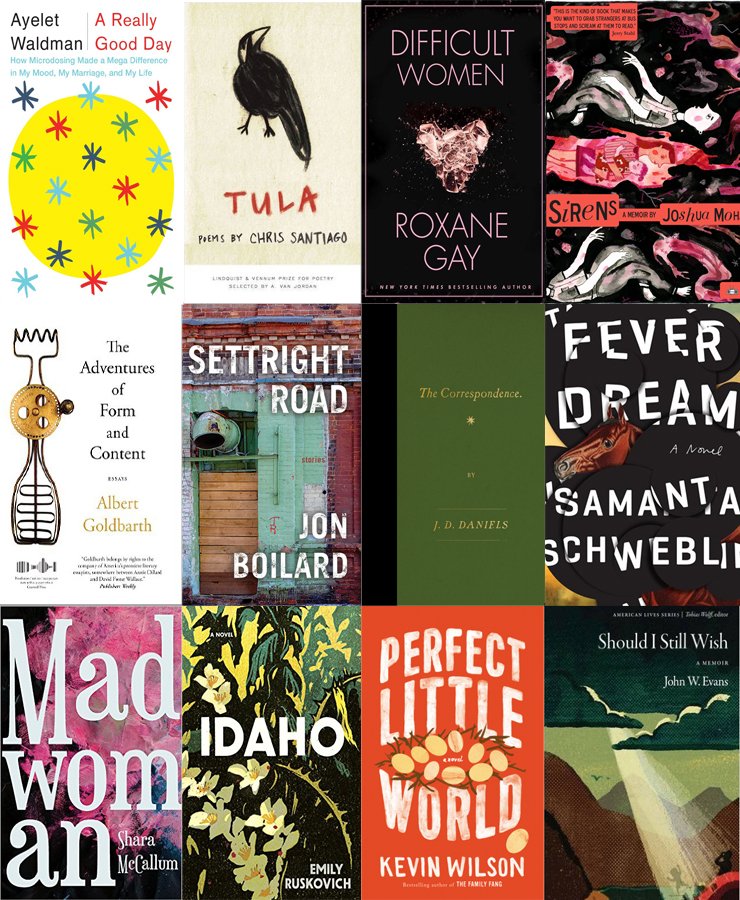 “It’s six in the morning on New Year’s Day and Ava cries from the crib, which means my wife says something to me like, ‘Your turn,’ and I say something whiny like, ‘Bottle, fine,’ and stumble into the kitchen and spill milk on the counter and don’t wipe it up, leave it for later, after coffee, after caffeine makes my mind fire right.” Sirens (Two Dollar Radio, January 2017) by Joshua Mohr. Sixth book, first memoir. Agent: Anthony Mattero. Editor: Eric Obenauf. Publicist: Erin Kottke.

“One looks like the side of a boxcar: flat; rectangular; russet; and so the spots on its body are passable for graffiti.” The Adventures of Form and Content (Graywolf Press, January 2017) by Albert Goldbarth. Thirty-fourth book, sixth essay collection. Agent: None. Editor: Jeff Shotts. Publicist: Caroline Nitz.

“A couple of years ago I joined one of those clubs where they teach you how to knock the shit out of other people.” The Correspondence (Farrar, Straus and Giroux, January 2017) by J. D. Daniels. First book, essay collection. Agent: Edward Orloff. Editor: Lorin Stein. Publicist: Robert Wicks.