by
Staff
News and Trends
May/June 2018

With so many good books being published every month, some literary titles worth exploring can get lost in the stacks. Page One offers the first lines of a dozen recently released books, including How to Write an Autobiographical Novel by Alexander Chee. 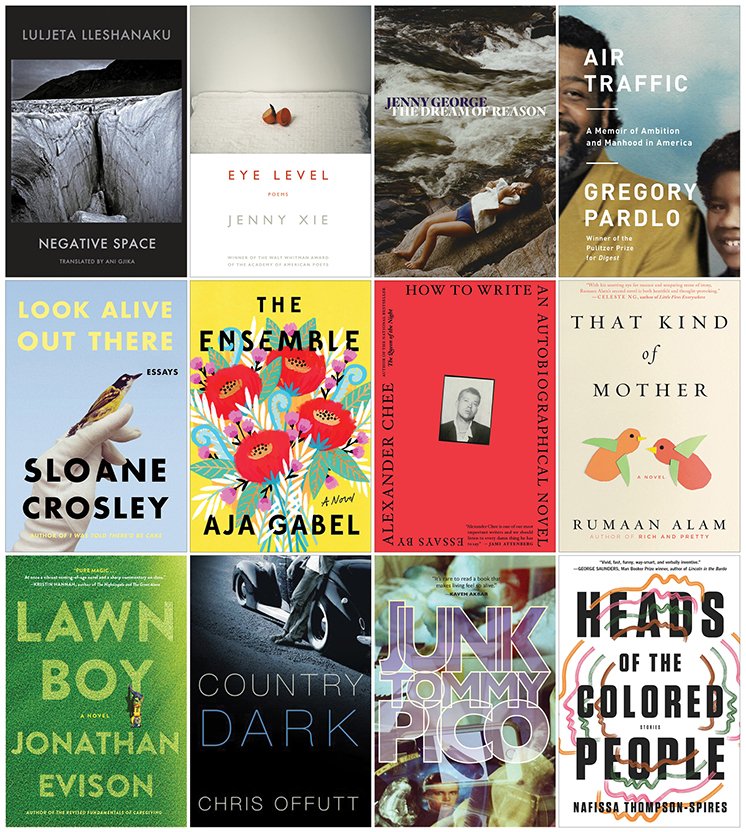 “I spent the summer I turned fifteen on an exchange program in Tuxtla Gutiérrez, the capital of the state of Chiapas, in Mexico, some three hundred miles north of the Guatemalan Border.” How to Write an Autobiographical Novel (Mariner Books, April 2018) by Alexander Chee. Third book, first essay collection. Agent: Jin Auh. Editor: Naomi Gibbs. Publicist: Michelle Triant.

“Riley wore blue contact lenses and bleached his hair—which he worked with gel and a blow-dryer and a flatiron some mornings into Sonic the Hedgehog spikes so stiff you could prick your finger on them, and sometimes into a wispy side-swooped bob with long bangs—and he was black.” Heads of the Colored People (37 INK, April 2018) by Nafissa Thompson-Spires. First book, story collection. Agent: Anna Stein. Editor: Dawn Davis. Publicist: Yona Deshommes.

“It’s a love story, the famous violinist had said, and even though Jana knew it was not, those were the words that knocked around her brain when she began to play on stage.” The Ensemble (Riverhead Books, May 2018) by Aja Gabel. First book, novel. Agent: Andrea Morrison. Editor: Laura Perciasepe. Publicist: Liz Hohenadel.

“Frenching with a mouthful of M&M’s dunno if I feel polluted / or into it—the lights go low across the multiplex Temple of // canoodling and Junk food” Junk (Tin House Books, May 2018) by Tommy Pico. Third book, poetry collection. Agent: None. Editor: Tony Perez. Publicist: Sabrina Wise.

“When I was five years old, back when my old man was still sort of around, I watched a promotional video for Disneyland that my mom got in the free box of VHS tapes at the library.” Lawn Boy (Algonquin Books, April 2018) by Jonathan Evison. Fifth book, novel. Agent: Mollie Glick. Editor: Chuck Adams. Publicist: Brooke Csuka.