by
Staff
News and Trends
January/February 2018

With so many good books being published every month, some literary titles worth exploring can get lost in the stacks. Page One offers the first lines of a dozen recently released books, including Wild Is the Wind by Carl Phillips, Everything Here Is Beautiful by Mira T. Lee, and No Time to Spare by Ursula K. Le Guin. 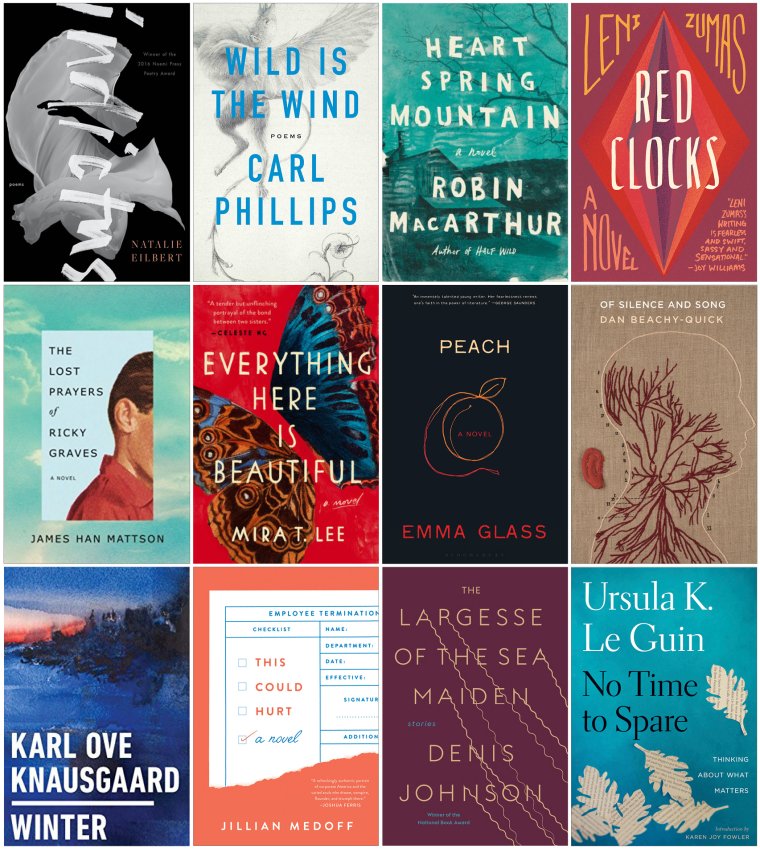 “Born in 1841 on a Faroese sheep farm, / The polar explorer was raised on a farm near / In the North Atlantic Sea, between Scotland and Iceland, on an island with more sheep than people, a shepherd’s wife gave birth to a child who would grow up to study ice.” Red Clocks (Lee Boudreaux Books, January 2018) by Leni Zumas. Third book, second novel. Agent: Meredith Kaffel Simonoff. Editor: Carina Guiterman. Publicist: Katharine Myers.

“So I didn’t come back for my brother’s funeral because I had to work and I was newly pregnant and there were reporters and seeing Ricky dead and pieced together by some amateur embalmer-type person would’ve seriously pushed me over the edge, I know this.” The Lost Prayers of Ricky Graves (Little A, December 2017) by James Han Mattson. First book, novel. Agent: Christopher Rhodes. Editor: Vivian Lee. Publicist: Nicole Dewey.

“On our walk my youngest daughter asked me, ‘What are the songs you don’t know.’” Of Silence and Song (Milkweed Editions, December 2017) by Dan Beachy-Quick. Tenth book, third essay collection. Agent: None. Editor: Daniel Slager. Publicist: Joanna R. Demkiewicz.