by
Staff
News and Trends
July/August 2017

With so many good books being published every month, some literary titles worth exploring can get lost in the stacks. Page One offers the first lines of a dozen recently released books, including Roxane Gay’s Hunger and Julia Fierro’s The Gypsy Moth Summer, for a glimpse into the worlds of these new and noteworthy titles. 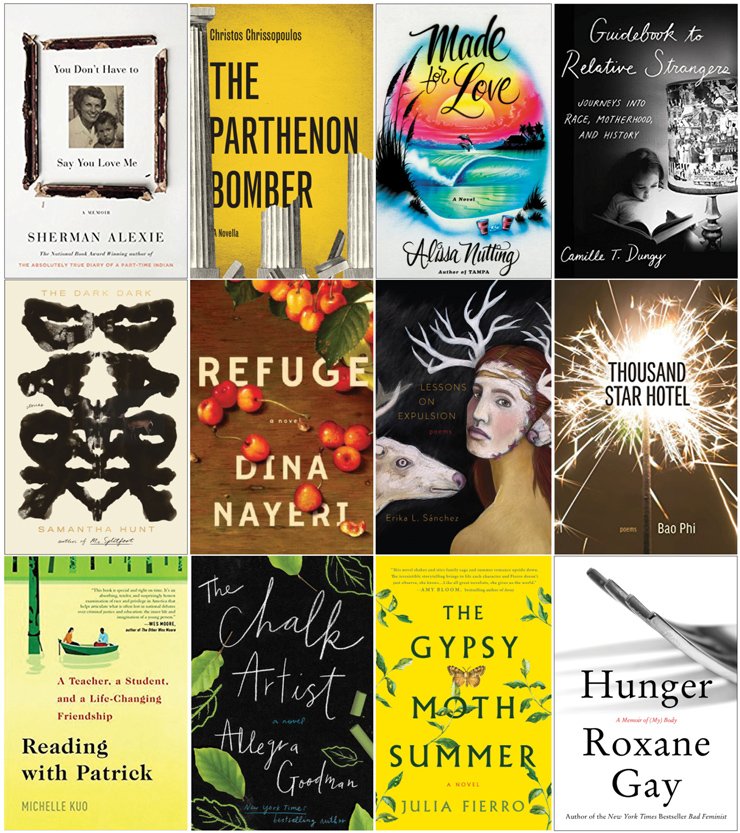 “The only sounds are those of furniture being moved.” The Parthenon Bomber (Other Press, June 2017) by Christos Chrissopoulos, translated from the Greek by John Cullen. Tenth of thirteen books, first novella. Agent: Catherine Fragou. Editor: Judith Gurewich. Publicist: Jessica Greer.

“In 1972 or 1973, or maybe in 1974, my mother and father hosted a dangerous New Year’s Eve party at our home in Wellpinit, Washington, on the Spokane Indian Reservation.” You Don’t Have to Say You Love Me (Little, Brown, June 2017) by Sherman Alexie. Twenty-sixth book, first memoir. Agent: Nancy Stauffer. Editor: Reagan Arthur. Publicists: Julie Ertl and Lena Little.