by
Staff
News and Trends
May/June 2017

With so many good books being published every month, some literary titles worth exploring can get lost in the stacks. Page One offers the first lines of a dozen recently released books, including Mary Gaitskill’s Somebody With a Little Hammer and Lesley Nneka Arimah’s What It Means When a Man Falls From the Sky, for a glimpse into the worlds of these new and noteworthy titles. 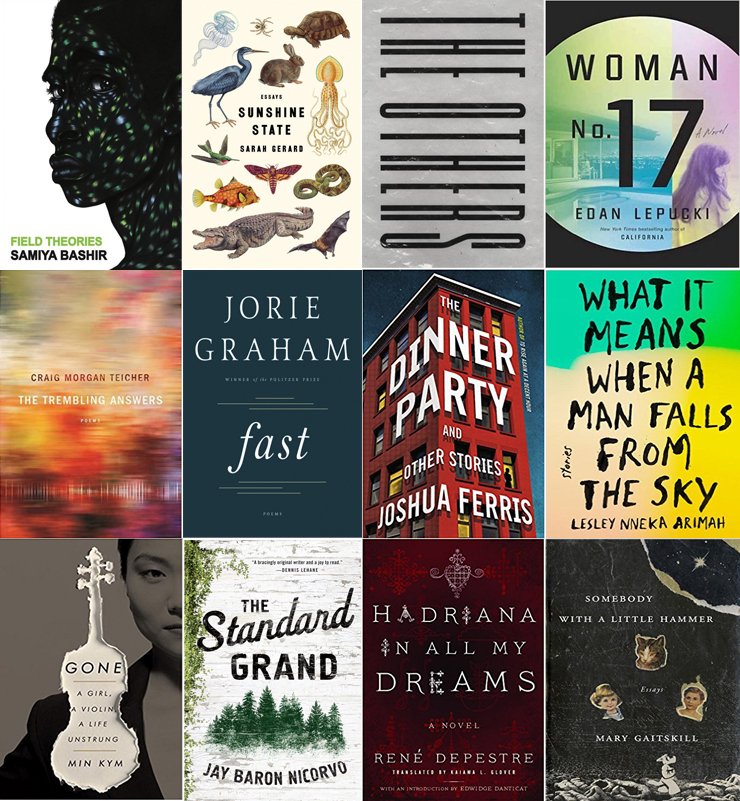 “That year, toward the end of my childhood, I was living in Jacmel, a coastal village in Haiti.” Hadriana in All My Dreams (Akashic Books, May 2017) by René Depestre, translated from the French by Kaiama L. Glover. Fifteenth of twenty-seven books, third of four novels. Agent: None. Editor: Johnny Temple. Publicist: Susannah Lawrence.

“Ezinma fumbles the keys against the lock and doesn’t see what came behind her: Her father as a boy when he was still tender, vying for his mother’s affection.” What It Means When a Man Falls From the Sky (Riverhead, April 2017) by Lesley Nneka Arimah. First book, story collection. Agent: Samantha Shea. Editor: Rebecca Saletan. Publicist: Claire McGinnis.

“I did not have a religious upbringing, and for most of my life I’ve considered that a good thing; I’ve since come to know people who felt nurtured by their religious families, but for a long time, for me, ‘religious upbringing’ meant the two little girls I once walked home with in the fourth grade who, on hearing that I didn’t believe that Jesus was the Son of God, began screaming, ‘There’s a sin in your soul! You’re going to Hell!’” Somebody With a Little Hammer (Pantheon Books, April 2017) by Mary Gaitskill. Seventh book, first essay collection. Agent: Jin Auh. Editor: Deborah Garrison. Publicist: Michiko Clark.

“Descending the subway stairs / in a crowd of others, slow / steps, everyone a little / hunched in their coats, probably / as unhappy as I was / to have to go to work.” The Others (Wave Books, May 2017) by Matthew Rohrer. Eighth book, poetry collection. Agent: None. Editor: Matthew Zapruder. Publicist: Ryo Yamaguchi.

“I’ll begin our story with that afternoon, after we hadn’t spoken for a year—like so many years when we didn’t speak—when you pulled up next to me on my walk to work and offered me a ride.” Sunshine State (Harper Perennial, April 2017) by Sarah Gerard. Second book, first essay collection. Agent: Adriann Ranta. Editor: Erin Wicks. Publicist: Martin Wilson.

“Every turning toward is a turning away: / poets have always known the truth / of this.” The Trembling Answers (BOA Editions, April 2017) by Craig Morgan Teicher. Fourth book, third poetry collection. Agent: None. Editor: Peter Conners. Publicist: Ron Martin-Dent.

“When Albert Murray said / the second law adds up to / the blues that in other words / ain’t nothing nothing he meant it” Field Theories (Nightboat Books, April 2017) by Samiya Bashir. Third book, poetry collection. Agent: None. Editor: Kazim Ali. Publicist: Lindsey Boldt.