by
Staff
News and Trends
March/April 2017

With so many good books being published every month, some literary titles worth exploring can get lost in the stacks. Page One offers the first lines of a dozen recently released books, including Viet Thanh Nguyen’s The Refugees and Patricia Smith’s Incendiary Art, for a glimpse into the worlds of these new and noteworthy titles. 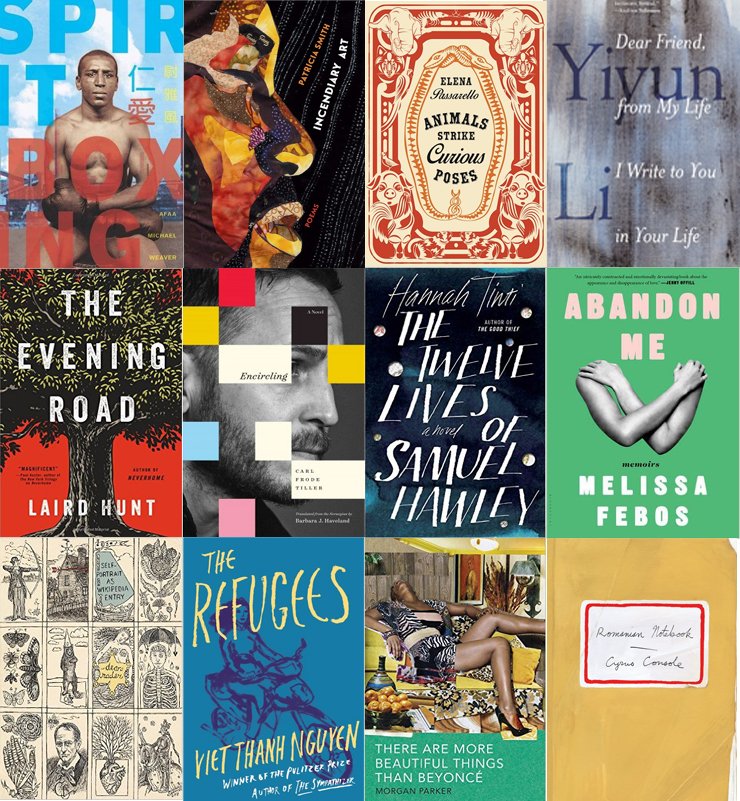 “I want to begin by letting you know / that the title is no lie, even though / this poem is not quite a portrait of / reader and writer.” Self-Portrait as Wikipedia Entry (Copper Canyon Press, February 2017) by Dean Rader. Second book, poetry collection. Agent: None. Editor: Michael Wiegers. Publicist: Kelly Forsythe.

“We drive slowly into the town centre—if you can call it a centre, that is: a mini-roundabout and a scattering of houses.” Encircling (Graywolf Press, February 2017) by Carl Frode Tiller, translated from the Norwegian by Barbara J. Haveland. Fifth book, novel. Agent: George Lucas. Editor: Fiona McCrae. Publicist: Caroline Nitz.

“Fame would strike someone, usually the kind that healthy-minded people would not wish upon themselves, such as being kidnapped and kept prisoner for years, suffering humiliation in a sex scandal, or surviving something typically fatal.” The Refugees (Grove Press, February 2017) by Viet Thanh Nguyen. Fifth book, first story collection. Agent: Nat Sobel. Editor: Peter Blackstock. Publicists: John Mark Boling and Deb Seager.

“My first encounter with before and after was in one of the fashion magazines my friends told me to subscribe to when I came to America.” Dear Friend, From My Life I Write to You in Your Life (Random House, February 2017) by Yiyun Li. Fifth book, first memoir. Agents: Sarah Chalfant and Jacqueline Ko. Editors: Kate Medina and Simon Prosser. Publicist: Jennifer Garza.

“We had no television, no god, no family less than a day’s drive away, but we had stories.” Abandon Me (Bloomsbury, February 2017) by Melissa Febos. Second book, first essay collection. Agent: Ethan Bassoff. Editor: Nancy Miller. Publicist: Tara Kennedy.

“I am sixty-four, millions of lives are buttons / on the coats of magnificent birds that arise / from lost memories of building China from / under waves of assaults…” Spirit Boxing (University of Pittsburgh Press, February 2017) by Afaa Michael Weaver. Twelfth book, poetry collection. Agent: None. Editor: Ed Ochester. Publicist: Maria Sticco.