by Staff
News and Trends
September/October 2022

With so many good books being published every month, some literary titles worth exploring can get lost in the stacks. Page One offers the first lines of a dozen recently released books, including The Crane Wife: A Memoir of Essays by CJ Hauser and Gods of Want by K-Ming Chang. 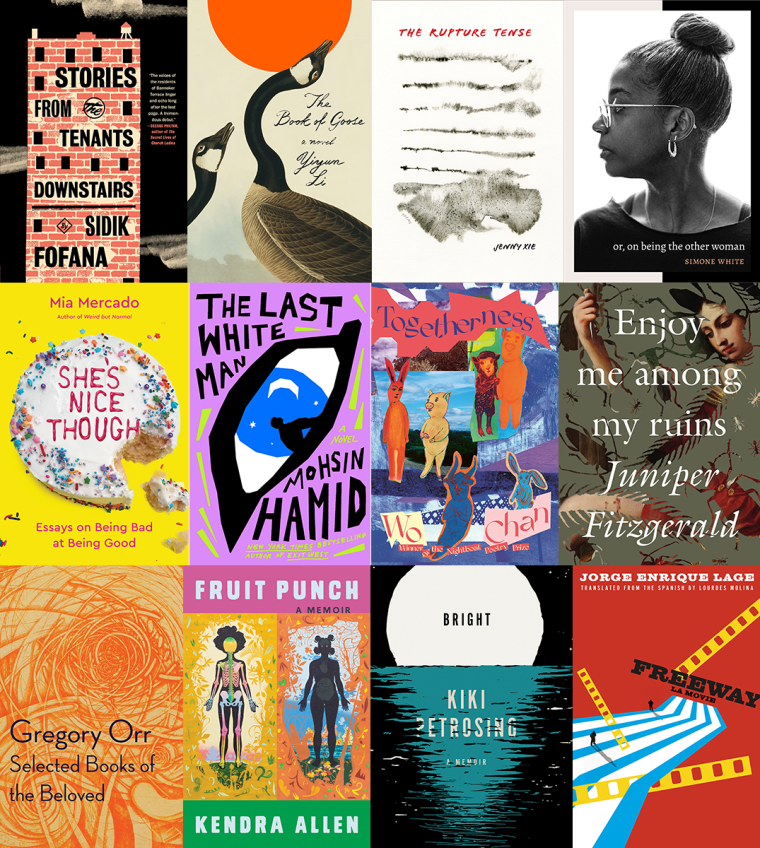 “heaped therefore residually heaped / beside myself on the bed next / i fetch my son’s pretzels, but prerogative / lingers upended could poweR’s lengths / also belittle me between your visits am i / belittled am i less    pure” or, on being the other woman (Duke University Press, August 2022) by Simone White. Fourth book, poetry collection. Agent: None. Editor: Ken Wissoker. Publicist: Laura Sell.

“I have tried and tried to add Jean to the story here, but every time I try to write her, I write her all wrong.” Enjoy Me Among My Ruins (Feminist Press, August 2022) by Juniper Fitzgerald. Second book, first memoir. Agent: None. Editor: Nick Whitney. Publicist: Jisu Kim.

“They say the Freeway is going to cut through the city, from top to bottom.” Freeway: La Movie (Deep Vellum, October 2022) by Jorge Enrique Lage, translated from the Spanish by Lourdes Molina. Seventh of seven books, second of two novels. Agent: Andrea Montejo. Editor: Will Evans. Publicist: Walker Rutter-Bowman.

Yiyun Li reads from the opening of her novel The Book of Goose, published in September 2022 by Farrar, Straus and Giroux. Author photo: Basso Cannarsa/Agence Opale

Mia Mercado reads from her essay “How to Wife” from the collection She’s Nice Though: Essays on Being Bad at Being Good, published in August 2022 by HarperOne. Author photo: Chase Castor