by
Staff
News and Trends
July/August 2022

With so many good books being published every month, some literary titles worth exploring can get lost in the stacks. Page One offers the first lines of a dozen recently released books, including The Crane Wife: A Memoir of Essays by CJ Hauser and Gods of Want by K-Ming Chang. 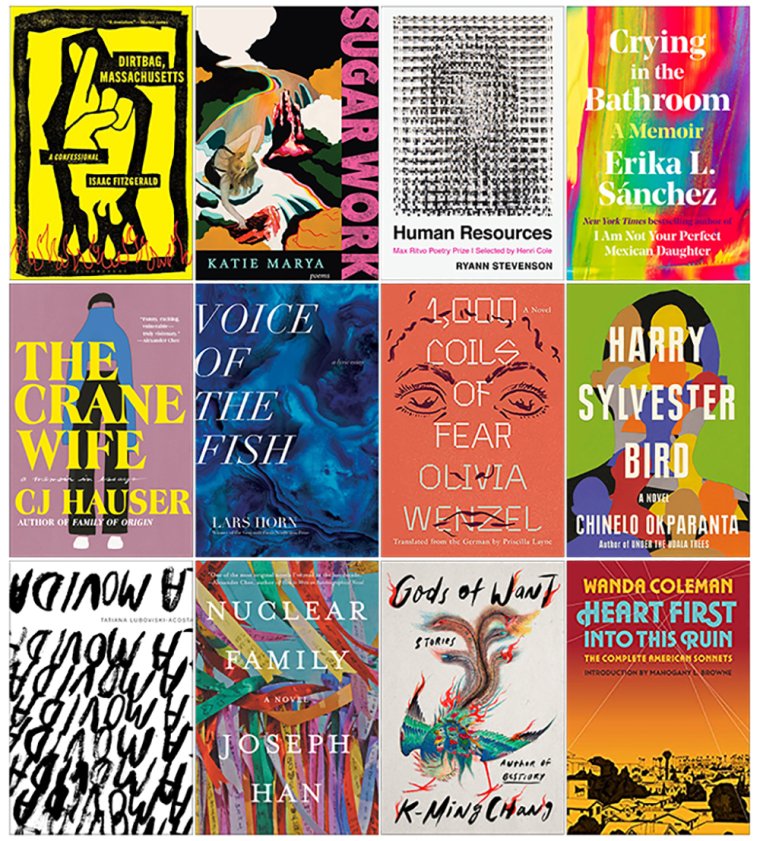 “Cap Joyce was a cowboy who ran an Arizona dude ranch called the Spur Cross because acting like a cowboy, for tourists, was more lucrative than the actual herding of cattle.” The Crane Wife: A Memoir in Essays (Doubleday, July 2022) by CJ Hauser. Third book, first memoir in essays. Agent: Meredith Kaffel Simonoff. Editor: Lee Boudreaux. Publicist: Elena Hershey.

“once, while on a coke binge, / and away from my mother, / my father drove his car / across the sand / and into the pacific ocean.” La Movida (Nightboat Books, July 2022) by Tatiana Luboviski-Acosta. Second book, poetry collection. Agent: None. Editor: Lindsey Boldt. Publicist: Caelan Ernest Nardone.

“We arrived at the resort in the afternoon when the sun was rising above the army of palm trees, lined and fanning in the breeze like windmills in the brightening orange and blue.” Harry Sylvester Bird (Mariner Books, July 2022) by Chinelo Okparanta. Third book, second novel. Agent: Jacqueline Ko. Editor: Rakia Clark. Publicist: Eliza Rosenberry.

“I had an aunt who went to the dentist and asked to get her tongue pulled.” Gods of Want (One World, July 2022) by K-Ming Chang. Second book, first story collection. Agent: Julia Kardon. Editor: Nicole Counts. Publicist: Carla Bruce.

“I grew up thinking I didn’t matter, that no one cared what I had to say.” Crying in the Bathroom (Viking, July 2022) by Erika L. Sánchez. Third book, first memoir. Agent: Michelle Brower. Editor: Emily Wunderlich. Publicist: Rebecca Marsh.

“the lurid confessions of an ex-cake junky: ‘i blew it / all. blimped. i was really stupid. i waited / until i was forty to get hooked on white flour / and powdered sugar’” Heart First Into This Ruin: The Complete American Sonnets (Black Sparrow Press, June 2022) by the late Wanda Coleman. Nineteenth book, twelfth poetry collection. Agent: None. Editor: Joshua Bodwell. Publicist: Joshua Bodwell.

“Tae-woo stood on the ledge behind the Dora Observatory’s row of binoculars. No one paid him any mind since he was long dead.” Nuclear Family (Counterpoint, June 2022) by Joseph Han. First book, novel. Agent: Danielle Bukowski. Editor: Jenny Alton. Publicist: Megan Fishmann.

Lars Horn reads from “What Manner of Land” from their nonfiction book, Voice of the Fish: A Lyric Essay, published in June 2022 by Graywolf Press.

Translator Priscilla Layne reads from the first section of Olivia Wenzel’s novel, 1,000 Coils of Fear, published in July 2022 by Catapult. Wenzel follows with a reading of the same selection in German.

Chinelo Okparanta reads from the third chapter of her novel Harry Sylvester Bird, published in July 2022 by Mariner Books.

K-Ming Chang reads from the short story “Mariela” from her collection, Gods of Want, published in July 2022 by One World.

Isaac Fitzgerald reads from the second chapter of his memoir, Dirtbag, Massachusetts: A Confessional, published in July 2022 by Bloomsbury.

Joseph Han reads from the first chapter of his novel, Nuclear Family, published in June 2022 by Counterpoint.
X