by
Staff
News and Trends
March/April 2021

With so many good books being published every month, some literary titles worth exploring can get lost in the stacks. Page One offers the first lines of a dozen recently released books, including Libertie by Kaitlyn Greenidge and Festival Days by Jo Ann Beard, for a glimpse into the worlds of these new and noteworthy titles. 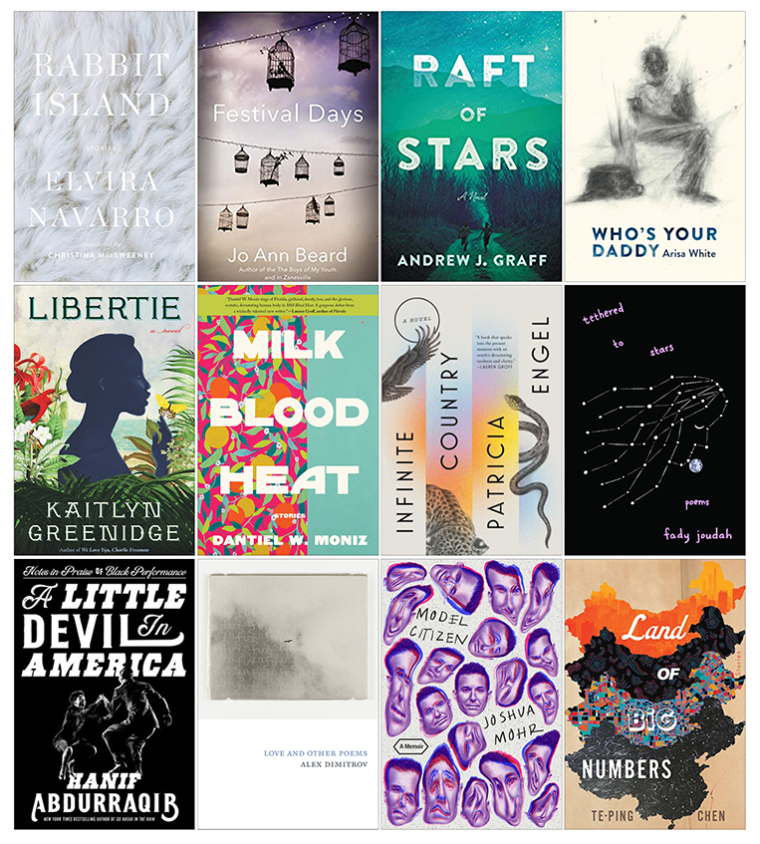 “Safe to say none of the other Muslim kids on the eastside of Columbus got MTV or BET in their cribs & we do at my crib sometimes like after Pops got a promotion or after Grandma moved in & kept a Bible on her nightstand & had to watch the channel where her game shows ran 24/7 & so it is also safe to say that I was the only one in the Islamic Center on Broad Street who got to stay up & watch the shows on MTV that came on after my parents cut out the lights & went up to bed & it was only me & the warmth of an old television’s glow & the DJs spinning C+C Music Factory for people in baggy & colorful getups & bouncing on a strobe-light-drenched floor...” A Little Devil in America: Notes in Praise of Black Performance (Random House, March 2021) by Hanif Abdurraqib. Fifth book, third nonfiction book. Agent: Alia Hanna Habib. Editor: Ben Greenberg. Publicists: Maria Braeckel and Felix Cruz.

“Be an owl, / not even a sunflower // turns its head / 270 degrees, // but may the need to ask me / about my darkness // never command you.” Tethered to Stars (Milkweed Editions, March 2021) by Fady Joudah. Fifth book, poetry collection. Agent: None. Editor: Daniel Slager. Publicist: Claire Laine.

“When I was in kindergarten I stabbed myself with a pencil, on purpose—one minute sitting in class holding the thing in my hand wondering what it would feel like to be stabbed, the next, hitting my open palm with the pencil’s tip, screaming and sobbing and bleeding, the teacher taking me to a water fountain to clean the wound, asking, ‘Why why why, Josh, why on earth would you do that?’” Model Citizen (MCD, March 2021) by Joshua Mohr. Seventh book, second memoir. Agent: Anthony Mattero. Editor: Daphne Durham. Publicist: Lottchen Shivers.

Te-Ping Chen reads from “Flying Machine” from her story collection, Land of Big Numbers, published in February 2021 by Mariner Books.

Hanif Abdurraqib reads from his nonfiction book A Little Devil in America: Notes in Praise of Black Performance, published in March 2021 by Random House.

Fady Joudah reads “Pisces” and “Sirius” from his poetry collection Tethered to Stars, published in March 2021 by Milkweed Editions.

Arisa White reads from her poetry collection Who’s Your Daddy, published in March 2021 by Augury Books.

Joshua Mohr reads from his memoir Model Citizen, published in March 2021 by MCD.

Alex Dimitrov reads “Places I’ve Contemplated Suicide or Sent Nudes From,” “LSD”, “Poem Composed on a Ouija Board” from his poetry collection Love and Other Poems, published in February 2021 by Copper Canyon Press.
X