Five years ago I published an essay in this magazine called “A Topic Too Risky.” It was about the process of writing my story of childhood sexual abuse, a subject that agents, editors, and other publishing professionals had told me was taboo. I didn’t share their viewpoint. “Writing about trauma,” I wrote, “is more than simply documenting experience.... It’s about transforming tragedy into art, and hoping that somehow that piece of art may help someone else who’s gone through something unbearable and who doesn’t yet see that there truly is a light at the end of the dark tunnel.” 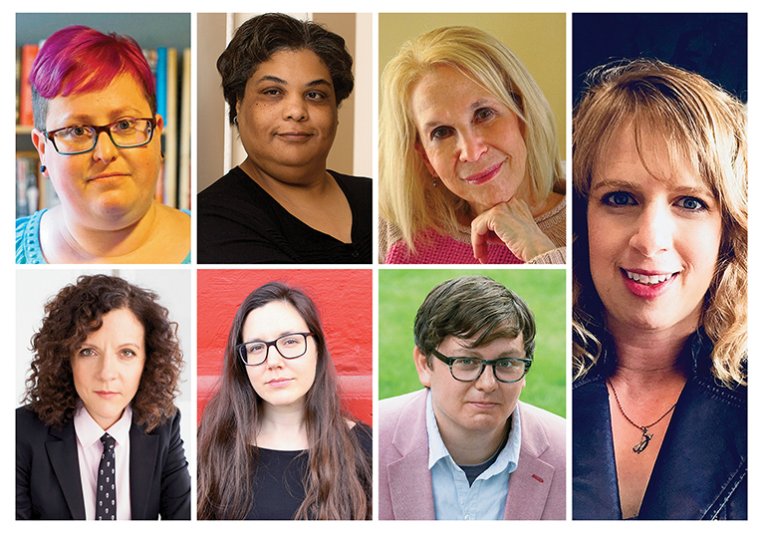 In today’s #MeToo era, of course, the writing and publishing of personal narratives about sexual abuse, assault, and harassment has proliferated. Even more, it has become a force for social change. Yet many people still respond with aversion to such stories. Some refuse to believe #MeToo accounts or respond with misogyny, criticism, or inflammatory attacks. Reading about traumatic events can also cause victims to shut down and witnesses to turn away in fear. Without the protective veil of fiction to mitigate such experiences, essayists and memoirists face the challenge of crafting personal stories that engage, educate, and empower readers.

It’s important to remember that, as writers with #MeToo stories to tell, we don’t owe anyone anything. For many survivors the important thing is to simply get the story on the page, to break the silence, and, perhaps in the process, allow other survivors with similar experiences to do the same. But for writers it’s also true that we want our most deeply personal stories to make the greatest impact. When we write our #MeToo stories, we want our pieces to be as strong as we can make them in the hopes that they might reach, and resonate with, as many people as possible.

We can accomplish this goal by using several tools of craft, style, and form—techniques we employ in any other piece of writing—to illuminate our audience and keep them reading. First, a combination of reflection and instruction can guide readers through emotionally challenging subject matter. In her memoir Hunger: A Memoir of (My) Body (Harper, 2017), Roxane Gay guides the reader into the story of her rape by stating up front how difficult it is for her to talk about it. After reflecting on her own complicated feelings about the story she is about to share, she then tells her readers what to expect. She tells them what she wants. She also tells them what she doesn’t want:

I don’t know how to talk about rape and sexual violence when it comes to my own story. It is easier to say, “Something terrible happened.”

Something terrible happened. That something terrible broke me. I wish I could leave it at that, but this is a memoir of my body so I need to tell you what happened to my body. I was young and I took my body for granted and then I learned about the terrible things that could happen to a girl body and everything changed.

Something terrible happened, and I wish I could leave it at that because as a writer who is also a woman, I don’t want to be defined by the worst thing that has happened to me.… At the same time, I don’t want to be silent.… If I must share my story, I want to do so on my terms, without the attention that inevitably follows. I do not want pity or appreciation or advice. I am not brave or heroic. I am not strong. I am not special. I am one woman who has experienced something countless women have experienced. I am a victim who survived. It could have been worse, so much worse. That’s what matters and is even more a travesty here, that having this kind of story is utterly common. I hope that by sharing my story, by joining a chorus of women and men who share their stories too, more people can become appropriately horrified by how much suffering is born of sexual violence, how far-reaching the repercussions can be.

Gay provides parameters for reading and responding to the details of the assault that she hasn’t yet depicted. By sharing both her own perspective and her wishes for how her story is received, Gay provides a disclosure road map, an emotional “safety net” for not only the narrator but also the reader, as they both venture deeper into trauma’s terrain.

Sometimes the adage “less is more” is key. Showering readers with graphic details can flood their minds; it can feel like too much to bear, too painful or horrifying to read further. That’s not to say one should write around or avoid the truth. Rather, just like any good piece of writing, metaphor and pacing can be important and useful tools. For example, in one of my essays for HuffPost, “Leaving My Abusive World,” I portray a #MeToo scenario without mentioning blow-by-blow specifics:

I sat next to my father on his side of the bed he and my mother shared, beside the mahogany bureau where the checkbooks were located. As I stared at the scratched gold-colored handle of the closed drawer, my father bent forward, leaning his tanned arms across his thighs and folding his hands between his knees. He said he’d dispense the funds, but I had to give him something in exchange.

In this passage I employ a fairly traditional craft technique to create an intensely traumatic scene: I draw attention to my father’s gestures, creating tone and tension through description, bringing the focus to his thighs. In the last two sentences of the passage, I mention the tit-for-tat expectation, creating a euphemism to convey briefly but plainly the coercion and sexual favors around which the exchange is based. I don’t linger there, but as a reader you know what follows. Less, I trust the reader will agree, is more.

Another craft tool, the epistolary form, can cultivate intimacy between the writer and her readers while revealing a #MeToo story, effectively taking readers into the writer’s confidence. I employ this technique in my forthcoming book, I Just Haven’t Met You Yet, a #MeToo-themed work of nonfiction that is structured as an open love letter to my future life partner. In it I share my innermost thoughts and reflections about dating experiences, overcoming personal struggles, and the lessons I learned along the way; each epistolary passage speaks to the content of the ongoing narrative and is written to “you,” my future partner—which, by extension, becomes an address to each, and all, of my readers.

Another useful tool is thematic threading, which can also provide a backdrop or a second story of resonance that runs parallel to the main story. Richard Hoffman’s memoir, Half the House (New Rivers Press, 1995), for example, intertwines the story of the deaths of his brothers and mother with his loss of innocence from childhood sexual abuse. In The Fact of a Body: A Murder and a Memoir (Flatiron Books, 2017), Alexandria Marzano-Lesnevich also employs braided story lines—the author’s uncovering of a murder and her own story of sexual abuse—as well as flashback, a tool that makes past trauma come alive and simultaneously portrays the post-traumatic effects of sexual abuse on a survivor:

Where does the mind go in these moments, while the body trembles? For me it is a white-hot slipstream blank-out, the nothingness of no time and nowhere and no one. It used to be a feeling, a single concentrated excruciating feeling: the smooth hot texture of my grandfather’s penis against my hand, for example, or the specific purple-pink color his penis had, a color that still makes me uncomfortable no matter where I see it, though the discomfort is vague now, the signal no longer traced back to its origin, with only the effect felt. But as the years have blotted the origin out (I am grateful), they have blotted the sensations, too, as though the film reel of the memory has been played so many times it has gone torn and blotched. Now I have only to ride the panicked blankness. “Oh, fuck,” I say when the wave of sensation starts to break over me, inside me, and then I breathe to keep up with the panicked race swell of my body, the heartbeat and the breath. The wave builds and builds, it crests and breaks.

The flashback, which Marzano-Lesnevich says was written to “illustrate some of the consequences of abuse,” focuses on vivid sensory information while also conveying the “blotted-out” sense of experiencing a flashback many years after the trauma.