Of Love and Defamation in China

To buy a good book is the same as to buy a pretty concubine, but its beauty is greater and lasts longer," says a female character in K: The Art of Love, a novel by Hong Ying that was recently published by Marion Boyars. The scene is set in Wuhan in 1936, and the woman quotes the old Chinese proverb in telling her British lover about an ancient, esoteric manual of Taoist sexual instruction, a manuscript so rare and so dangerous, the woman says, that in the 1920s the communists executed a bookseller who attempted to distribute it. The passage comes from a book at the center of a legal battle that could have consequences for fiction writers in China and elsewhere who base their work on Chinese historical figures. 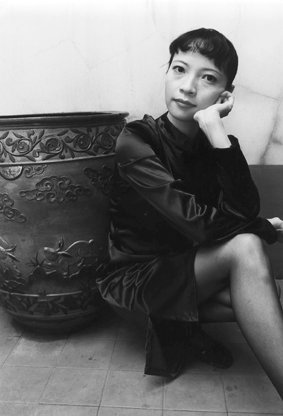 K: The Art of Love is a fictional portrayal of the love affair between Bloomsbury poet Julian Bell and the celebrated Chinese writer and painter Ling Shuhua. Ling's daughter, Chen Xiaoying, insisting that the book is pornographic, filed a lawsuit in China against the 40-year-old Hong, charging her with "defamation of the dead." The book, which Hong promotes as a work of feminist erotica, was published in Taiwan in 1999, in Britain last June, and in the U.S. in November. Hong flatly denies the defamation charge.

Chen acknowledges that Bell—a nephew of Virginia Woolf who's depicted in Hong's book as a character named Julian Bell—had a brief affair with her mother, Ling, in the '30s. She grants that Bell chronicled the liaison in numerous letters to his mother, Vanessa, an artist in the Bloomsbury group. (In them he referred to Ling as "K"; she was his 11th lover, and K is the 11th letter of the alphabet.)

The book elaborates on Bell's brief stay in China in 1936, when he taught English literature at Wuhan University. There he joined the New Moon Society, a group of Chinese artists and intellectuals modeled after the Bloomsbury circle. He also indulged in a turbulent affair with Ling ("Lin" in the book), the wife of scholar Chen Xiying ("Chen Yuan"). The fictional account centers on Lin's tutoring of Bell in the ancient mysteries of the Taoist "art of love," the goal of which is the woman's sustained sexual pleasure achieved through the man's proficiency in "reining in the white ox"—that is, having intercourse without ejaculation. The novel's narrative shadows the real life of Bell, who left Wuhan after he and Ling were caught in flagrante delicto and was killed shortly thereafter, at age 29, by Nationalist forces in the Spanish civil war. At the book's end the lovers are united in death, "locked in the climax of their mutual love," as Lin commits suicide in despair. Ling Shuhua, unlike Hong's character Lin, lived on for many years, in London, and died in 1990 at age 90.

"The heroine is not Ling Shuhua," says Hong, who has lived in London since 1991. "She's a combination of several models." Despite these denials Hong and the Chinese literary journals Sichuan Youth Daily and Writer, both of which printed excerpts from the book in 2000, were named in the suits Chen filed in March 2001 in Beijing and in January 2002 in Manchuria. Hong was in the Manchurian city of Changchun in May 2002 promoting her new novel, Ananda, when she was served with a subpoena. She represented herself at a trial in June, held in Changchun, where Writer is published (the first case, tried in Beijing, was dismissed because the alleged defamation had occurred in another jurisdiction). Last month the Manchurian court found Hong guilty of "violating the reputation of the plaintiff's ancestors."

Hong, who is a British citizen, says the verdict will prevent the book's publication in China indefinitely. Hong is also required to publish a public apology as well as pay Chen the equivalent of $17,000 in damages, and the government could auction her apartment in China to exact such payment. And though the courts can't control the distribution of pirated copies, an unknown number of which are circulating in China, Hong fears the case might set a precedent of court-mandated—rather than government-mandated—censorship there.

But Peter Feng, a scholar of Chinese law and author in Newburyport, Massachusetts, cautions against "the Western imagination of the Chinese system" that can envision censorship at every turn. He says cases like this one are rather common in China and recommends that Western observers keep in mind the tremendous influence tradition bears on its legal system. "Civil liability for defaming a dead person is a traditional Chinese notion, rather than a communist invention," he says of the origins of the law, which was drafted in 1989.

Chen realizes with some annoyance that her lawsuit could have the unintended effect of boosting sales of Hong's book in the West. Feng concurs. "The happy ending could be that the author gets the prized notoriety and ‘banned in China' logo that all erotic writers in China dream of, the plaintiff some monetary compensation, and the pirates and tabloids their guaranteed profits," he says. Despite all the attention paid to the novel's sexual aspects in the Chinese courts and the British press—London's Observer and Sunday Telegraph both published lengthy accounts of the case in June, calling it the "Chinese Lady Chatterley's Lover"—Hong's publisher, Catheryn Kilgarriff of Marion Boyars in London, believes it has greater merits. "The Bloomsbury [writers] have inspired a lifelong love of literature in an awful lot of people, and that's based on their creating Hogarth Press," she says. "They're a wonderful example, still, of how a love of literature can create a life. It's why this book has caught people's imagination now."

And perhaps it's why one can't resist imagining what Julian Bell would have made of this case, knowing that 65 years after his death he could still incite a sexually charged scandal. Yet the man who was killed volunteering for the Republican cause in the Spanish civil war might also have appreciated the words of Gao Xingjian, the 2000 Nobel laureate in literature, China's first recipient of the prize: "Chinese literature in the twentieth century time and again was worn out and indeed almost suffocated because politics dictated literature," Gao said in his acceptance speech. Time will tell whether K: The Art of Love will be among the first works in China's new century to test the strength of that stranglehold.

Joy Jacobson is a poet and editor who lives in Brooklyn.