The Literature of War

As long as there has been war, there have been writers trying to understand it, turning battlefield horrors into narrative, trying to make something useful out of its debris. From Stephen Crane’s The Red Badge of Courage, which has remained in print since its first publication in 1895, and Ernest Hemingway’s A Farewell to Arms, a book that dramatizes (if not romanticizes) the author’s youthful experience during World War I, to Tim O’Brien’s The Things They Carried, the Vietnam War novel that was a finalist for the Pulitzer Prize and the National Book Critics Circle Award in 1990, war has inspired some of the best-known works in the American canon. 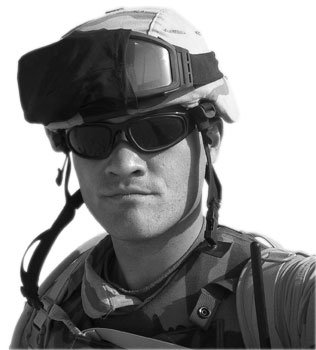 Today, our war literature is no less vivid and troubling—even if it is less grand in theme and less demure in detail. The last few years have seen the publication of several notable memoirs, such as Who Killed Daniel Pearl? (Melville House, 2003), the international best-seller by Bernard-Henri Levy; and Jarhead (Scribner, 2003) by Anthony Swofford, an ex-marine who fought in the first Gulf War and later attended the Iowa Writers’ Workshop.

In recent months an unusually high number of soldier memoirs have been released by American publishers. Some of these include My War: Killing Time in Iraq by Colby Buzzell, published last month by Putnam; Love My Rifle More Than You: Young and Female in the U.S. Army by Kayla Williams, published by Norton in September; and The Last True Story I’ll Ever Tell: An Accidental Soldier’s Account of the War in Iraq by John Crawford, published in August by Riverhead.

Two stylized and uniquely organized standouts in this crowded field began their journeys to publication as Weblogs, or blogs—My War by Buzzell, whose cbftw.blogspot.com received as many as ten thousand hits per day while he served in the Army in Iraq; and Baghdad Burning: Girl Blog From Iraq (Feminist Press), a collection of anonymous blog posts poetically rendered by a young, educated, middle-class Iraqi woman.

Buzzell’s My War, written in a style reminiscent of Hunter S. Thompson and Allen Ginsberg, is fueled by an antiauthority, punk-rock attitude. Esquire magazine hailed the memoir as “the most extraordinary writing yet produced by a soldier of the Iraq war.” My War follows Buzzell, a bored twenty-six-year-old high school graduate from northern California, from his initial visit to a military recruiter through two years of service with the First Battalion, Twenty-third Regiment, of the U.S. Army.

A long-time journal keeper who posted entries on his blog during his tour of duty, Buzzell recounts both the horrible and the mundane—everything from basic training manuals and military memos to his experiences as a gunner in battle. While much of My War describes the military bureaucracy in Iraq, just offstage there are real lives unraveling: An Iraqi interpreter goes missing; a civilian is killed because her sister assisted American troops; and a contractor is found dead inside a blood-splattered SUV, still wearing his seatbelt.

“When I started the blog, I was just screwing around,” Buzzell says. “I thought I was probably going to get a lot of e-mails from people asking about the war, but, instead, a lot of the messages were about my writing—people telling me they liked it. I got contacted by a few agents and picked one that was all about the writing—and then started to work on the book when I got out of the army.”

My War describes the music Buzzell listened to (his “war soundtrack”) and the kinds of pornography preferred by infantrymen. He lists the books he read, which included Saddam Hussein: A Political Biography by Efraim Karsh and Inari Rautsi; The Art of War by Sun Tzu; every book ever written by Hunter S. Thompson; and Notes of a Dirty Old Man by Charles Bukowski. Buzzell’s memoir closes with the military’s crackdown on blogs written by soldiers, the shuttering of his own blog, and his decision not to reenlist.

In contrast, Baghdad Burning is written by an Iraqi woman living in a middle-class Baghdad neighborhood. To protect herself and her family, the author writes her blog under the pseudonym Riverbend. Her literary postings clearly depict the trials and tribulations of the average Iraqi in wartime. Unlike Buzzell, who shies away from the politics of war, Riverbend serves up strong commentary on the day-to-day happenings in her own country, at the United Nations, and in the United States.

She blames the collapse of the Iraqi economy and the rise of religious fundamentalism in Iraq on a botched American occupation. The author is clearly against the war—the policies and actions of the Bush administration—and clearly in favor of a more secular Iraq, an Iraq hospitable to the advancement of women.

Memoirs about the war in Iraq have generated interest in previously published war writing as well. Several classic books about the Vietnam War have been reissued in paperback, including Stephen Wright’s Meditations in Green, Larry Heinemann’s Close Quarters, and Ron Kovic’s Born on the Fourth of July, among others.

While some consider the memoirs as merely a trend in an industry that is informed by popular consensus, Dan Conaway, an executive editor at Putnam and the editor of My War, says that publishers are not “collectively banking on war memoirs as a category to be the ‘next big trend’ à la chick lit or The Da Vinci Code knockoffs.”

Conaway says that war has always been a “wellspring from which urgent, dramatic storytelling can emerge, and that’s certainly the case today.… But in the end, a great book is a great book, and that—the quality and originality and vitality of the work itself—is going to be what makes a book stand the test of time.”

Whether or not their books will stand the test of time, writers continue to write about war to find the unarguable point of it. And readers read about war for the same reason. It’s no surprise, of course, that this goal is never reached.

Still, writers struggle to tell the truest tale, to form true opinions, and to make sense of something that is hard to understand.

The Written Image: Voices in Wartime
by Staff | News and Trends 5.1.05