For fiction writer Matt Bell, literary journals are, at their best, “where the future of our art first appears,” and a space for the writer and editor to collaborate. “The best editors always endeavor to leave the writers they work with even better for having passed through their magazine,” says Bell, the author of six books, most recently the story collection A Tree or a Person or a Wall, published this month by Soho Press. For every journal in which Bell has appeared, it seems he can tell a story about its editor’s taste, discernment, and approach. Bell, who has published stories from his new collection in the five journals below, as well as in Gulf Coast and Guernica, describes his stories as an engagement with speculative fiction, magical realism, and the genres he grew up on: detective stories, fairy tales, and all kinds of science fiction. 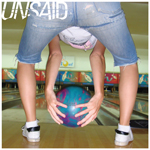 “There’s probably no better magazine in America that has, at least at one point, been run out of the single room its editor lived in,” says Bell of Unsaid, a print annual known for bucking convention with its innovative poetry and prose and lack of submission guidelines. Based in Brooklyn, New York, and Ann Arbor, Michigan, and edited by David McLendon, the journal has published fiction ranging from three sentences to 118 pages. “I think guidelines constrain writers from producing what might be their strongest work,” says McLendon. “I ask only that the writer submits to me pages that are both new and lasting and wholly the writer’s own, escaping the echo of any antecedent.” This year the journal is also launching a publishing imprint, with Russell Persson’s debut novel, The Way of Florida, scheduled for release later this fall. While the editors are most interested in literary fiction, submissions in all genres for both the press and the journal are open year-round via e-mail. 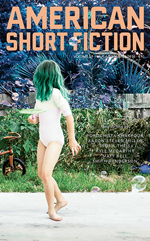 Adeena Reitberger, coeditor of the Austin, Texas–based journal American Short Fiction, says that Bell’s story “Doll Parts,” in the Summer 2016 issue, exemplifies the magazine’s editorial bent: “We gravitate toward fiction that is elegant and curious and careful and sometimes wild. Our favorite stories are crafted with an inner friction, like ‘Doll Parts,’ which is quietly restrained while also surprisingly odd and sad.” The fiction journal, which publishes a print issue three times yearly and some work online, has gone through several masthead changes since it was established in 1991, but Bell has been a loyal fan and contributor from the start: “I’m not sure I’ve ever read an issue that didn’t introduce me to a new favorite writer,” he says. Submissions for both the print journal and website open via Submittable on September 1; the journal also sponsors two thousand-dollar story contests each year. 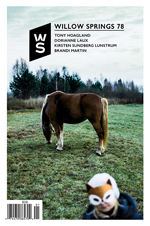 “Sam Ligon once called me on the phone and talked to me for thirty minutes about a story he rejected, generously giving of his expertise and time,” says Bell of the editor of Spokane-based biannual Willow Springs. “Later, when he took my story ‘The Receiving Tower,’ he called again to give a similar level of feedback.” Associated with the Inland Northwest Center for Writers at Eastern Washington University, Willow Springs appears both in print and online. Nonfiction submissions are open via Submittable year-round; poetry and fiction submissions open September 1. 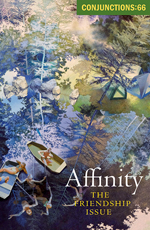 In his early days of submitting work, Bell remembers getting a call from Bradford Morrow, the editor of Conjunctions, who dictated edits of a story over the phone while Bell was holed up in the kitchen of his in-laws’ home in rural Michigan. Published biannually by Bard College, each issue of the print journal revolves around a theme, such as aliens, friendship, deception, or nature. “We try to make sure that every issue includes at least one author for whom the publication marks their first appearance in print,” says managing editor Micaela Morrissette. The editors also publish new work online each week; poetry, fiction, and narrative nonfiction submissions are considered for both the print journal and the website year-round via postal mail. 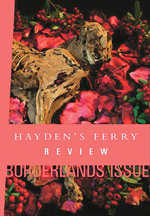 When Bell was turned down by the print biannual Hayden’s Ferry Review at age twenty-one, he probably didn’t predict that he would not only one day publish a story in the journal, but that it would also be selected for The Best American Mystery Stories—and that he would eventually become the magazine’s faculty adviser. Based at Arizona State University in Tempe, where Bell now teaches, the journal is run by the university’s creative writing graduate students and is open to submissions in all genres year-round via Submittable. Managing editor CL Black says the editors look for work that takes risks, and that they are working to publish more writers from marginalized communities.