When essayist Angela Morales set out to submit to literary magazines, she took a very businesslike approach. She browsed online databases, made a list of candidates, and read them from top to bottom. Then she submitted to the ones whose content and design she loved. Her method seems to have worked: Every essay in her debut, The Girls in My Town, released in April by the University of New Mexico Press, was first published in a journal. Selected by Cheryl Strayed as the winner of the 2014 River Teeth Nonfiction Book Prize, the collection offers personal and historical examinations of feminism, motherhood, and family. Those essays have appeared in Chattahoochee Review, Hobart, Harvard Review, Los Angeles Review, Southern Review, Southwest Review, Under the Sun, and in the five journals featured below. 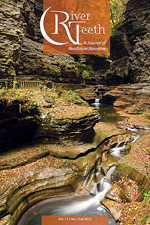 “Reflective and serious, yet playful and sometimes eccentric” is how Morales describes the voices included in Ashland, Ohio–based nonfiction journal River Teeth (riverteethjournal.com). Published twice yearly, the print magazine features personal essays, journalism, and criticism. “We believe that if you’re going to write creative nonfiction that matters, you’ve got to be willing to let the truth ride on its power all the way to the end,” says editor Joe Mackall, who cofounded the magazine with Dan Lehman in 1999. “What sinks a piece for us is when we can detect that the writer is afraid to let the reader see the truly dark matter—or at least the truly important matter.” Submissions are open from September 1 to December 1 and from January 1 to May 1 through Submittable; submissions for the River Teeth Nonfiction Book Prize are open May 1 through October 15. 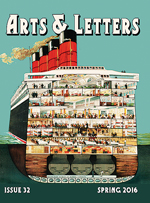 After reading that the editors of the Milledgeville, Georgia–based print journal Arts & Letters (artsandletters.gcsu.edu) prefer work that “doesn’t try too hard to grab our attention, but rather guides it toward the human voice and its perpetual struggle into language,” Morales decided to submit an essay for the Spring 2012 issue about her grandmother’s death—a story told through meditations on things like cell biology and Monty Python sketches. The biannual Arts & Letters publishes poetry, fiction, and nonfiction; recent contributors include poet Marianne Boruch and fiction writer Amy Hassinger. Submissions open via Submittable on August 1, but the second annual Unclassifiable Contest, judged by Michael Martone, opens this month. The contest, which includes publication and $500, is for work that blurs genre boundaries. 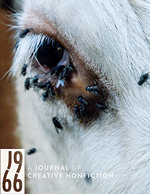 When Kelly Grey Carlisle, editor of the online creative nonfiction journal 1966 (1966journal.org), read Morales’s essay “The Big Divorce” for the Winter 2014 issue, she knew it was a fit for the biannual. “She used research to vividly re-create an era and setting—in this case, Los Angeles in 1978—in a way that illuminates the personal story,” says Carlisle. That’s what the San Antonio, Texas–based 1966 is all about: creative nonfiction informed by research that “turns information into story and facts into art.” Recent pieces include Asale Angel-Ajani’s reimagining of a real-life drug smuggler’s journey from Nigeria to Thailand, and Dawn Newton’s personal essay on the cancer drug Tarceva. Submissions are open via e-mail from August 1 through April 31. 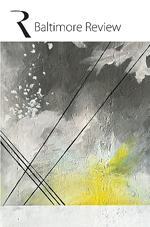 Established in 1996 as a print quarterly, the Baltimore Review (baltimorereview.org) went online-only in 2012. Drawn to the review’s colorful layout, diverse writing, and promotion of its authors on its home page, Morales submitted her essay “Gunslinging” that same year. Founding editor Barbara Diehl says the journal’s online format allows for more frequent publication and enables the editors to pay contributors and enhance content with audio recordings, photos, and videos. The journal also publishes a year’s worth of content in an annual print anthology. Diehl says the magazine receives five to six thousand submissions each year; poetry, fiction, and creative nonfiction submissions are open via Submittable until May 31 and will reopen on August 1. 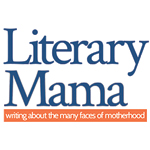 “I wrote an essay about my children’s reactions to the death of a pet,” Morales says, “but the subject and approach did not seem to fit well with traditional literary magazines, nor did it fit well with mainstream parenting publications.” After careful research, however, eventually she found the perfect home: the online journal Literary Mama (literarymama.com), whose work Morales describes as “wonderfully meditative, with voices that are often conflicted and uncertain.” The journal—which publishes poetry, fiction, and creative nonfiction, as well as profiles and interviews centered on motherhood—is published monthly except for July and August. Editor in chief Maria Scala notes that the many department editors, who are based in locations all around the world, would love to see more work about parenting an older child. Submission periods vary per genre; visit the website for details.

Dana Isokawa is the assistant editor of Poets & Writers Magazine.

Correction
An earlier version of this article incorrectly stated that the Arts & Letters Unclassifiable Contest offers no prize money. In fact, the contest offers a $500 prize.