An Interview With Poet Li-Young Lee

Li-Young Lee has said he doesn’t know whether to call himself Chinese, Chinese-American, Asian-American, or American. He was born in Jakarta, Indonesia, in 1957. His father, a deeply religious Christian who served as Mao Tse-Tung's physician, fled China to Indonesia with his family in 1949. They later fled that country after his father had been imprisoned in President Sukarno's jails. Brief stays in Hong Kong, Macau, and Japan followed before the family settled in America. It’s no wonder that so many of his poems are about searching for an identity. 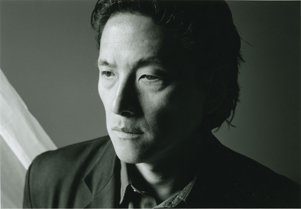 Lee is the author of four books of poetry and a prose poem memoir. His latest collection, Behind My Eyes, was published in January by Norton. Lee’s immigrant experience manifests itself in some of the new poems, such as "Self Help for Fellow Refugees" and "Immigrant Blues." In others, Lee manages to uncover the mystical in everyday life, as in "To Hold," in which he describes making the bed with his wife.

Lee has won numerous awards, including three Pushcart Prizes, the Lannan Literary Award, and the Poetry Society of America's William Carlos Williams Award for his collection Book of My Nights (BOA Editions, 2001). He has lived in Chicago since 1981, and makes a living by teaching and giving readings.

LL: I’m trying always to escape the city. I’ve lived in cities all my life. I’ve never really loved them. I feel kind of exiled from nature. In my work, I’m always trying to get beyond the human. And here I am living smack in the middle of the human, 24/7. So [the city] forces me, I think, to attempt to move toward a greater, deeper interior.

P&W: How do you get in the mental place where you find this deeper interior and write?

LL: Mostly just meditating and taking vows of silence: staying off the phone and even talking as little as possible to my family—being friendly and loving, but only speaking when I have to, and not speaking automatically.

The difficulty for me is, I wake up and I feel a multitude of personalities. There’s a person in me that somehow experiences the entire world as a kind of poem—the whole world around me is saturated with meaning and presence, and even the presence of God. There are connections everywhere, and everything sounds like a poem, everything’s the beginning of a poem.

The minute I wake up, there’s something inside of me that’s reading the world for its poetic state. I feel there’s a part of me that’s doing it even when I’m not jotting things down: I’m looking and listening and feeling, trying to stay in meditation. I’m listening for poems all the time.

P&W: Do you ever feel you are unable to write out of fear?

P&W: What were you trying to achieve with Behind My Eyes?

LL: I just wanted to go to a deeper understanding, a deeper music, deeper arguments with God, deeper encounters with God. I wanted to ask deeper questions.

P&W: What's different about the book?

LL: I hope it's clearer than Book of My Nights. I think I had to go through some real wilderness, tangled vines and trees and being lost in Book of My Nights, confusion about who I am and what’s going on, and what is language, what’s a poem, why am I writing—all that stuff—to get to this book. I hope it’s deeper and simpler.

P&W: In Behind My Eyes, there’s a poem titled "Standard Checklist for Amateur Mystics." Do you consider yourself a mystic?

LL: An amateur mystic, that's exactly what I am. A total amateur.

P&W: I was surprised to see that the poem "Bring Home Her Name" rhymes, since your poems usually don’t. What made you decide to write a rhyming poem?

LL: I love writing formal poems. I have a bunch of them; I’ve just never published them. It’s something I do to stay warmed up.

P&W: You ask a lot of open-ended questions in your poems, especially in the new book. What do the questions add to the poem?

LL: They're a way to admit my own condition of not knowing. I think that asking a question that can't be answered can move a poem forward. I feel like my whole being is a question.

P&W: You write about the difficulties of being an immigrant in the new book, as you have in the past. How has your writing about your experience changed?

LL: I think I integrate it more into the work, so it's not the only subject. For instance, in the poem "Immigrant Blues," the real subject in that poem is how social trauma can make it difficult for a person to experience love. The act of love requires so much courage, so much faith, that if one's faith and courage is destroyed by persecution or terror or violence, it makes the experience of love almost impossible. That poem is really about love. I was able to integrate my experience not just as historical data, but try to get to the emotions and the spiritual significance.

P&W: You said in an interview in 2001 that by writing Book of My Nights you were trying to make contact with a bigger consciousness in order to be "a reliable compass" for your sons, who are now twenty-two and twenty-four. Have you become that reliable compass?

Li-Young Lee reads the first poem, "In His Own Shadow," from his fourth poetry collection, Behind My Eyes, published in January by Norton.
X