Howard Junker Rescinds His Resignation as Editor of ZYZZYVA

If this were a movie, it would be The Godfather, Part III, and Howard Junker would be a seething Don Corleone: "Just when I thought I was out, they pull me back in." But this isn't a movie; it's the latest turn in the twenty-five-year history of the dynamic San Francisco literary magazine ZYZZYVA. 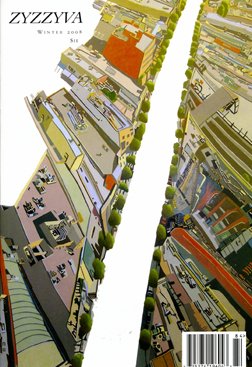 Six months after Junker announced that he would be retiring, the editor has rescinded his resignation. In a message posted last month on the journal's blog, Junker wrote that the decision was based on several factors, including his enduring love for the journal he's edited for the past quarter century, the inability to find an appropriate successor, and a change in his personal retirement plans. "My retirement kitty is not as robust as it once was," he wrote.

In August 2008, Junker announced that he would be retiring at the end of the year. His editor's note in the Fall 2008 issue of ZYZZYVA, which is published three times a year, included a call for his successor. In it, Junker quoted a response he had given years earlier to the Paris Review, in which he listed a good editor's traits: "good looks, charm, guts, a thick skin, a sense of humor, a good work ethic, luck, and the ability to spot and nurture talent."

Leaving open the possibility that he would indeed retire sooner rather than later, Junker wrote on ZYZZYVA's blog that he and the journal's board "will continue to keep our eye out" for good candidates for the job.

For now though, Junker is busy planning twenty-fifth anniversary events and continuing the journal's mission "to assert the community of West Coast writers and artists, to give voice to new and overlooked talents, to celebrate the individual imagination," and "to sustain the tradition of words on the page."

Howard Junker, the stalwart editor of the San Francisco literary magazine ZYZZYVA, recently announced that he will retire at the end of next year. In the editor's note of the Fall 2008 issue, which was recently published, Junker makes...