Howard Junker to Retire, ZYZZYVA to Live On

Howard Junker, the stalwart editor of the San Francisco literary magazine ZYZZYVA, recently announced that he will retire at the end of next year. In the editor's note of the Fall 2008 issue, which was recently published, Junker makes clear that although there was discussion among board members about the possibility of the journal retiring along with its founding editor, ZYZZYVA will continue to be released three times a year after his departure. "Cooler heads prevailed," Junker writes, "and we decided that ZYZZYVA did have institutional values that would be worth sustaining, if we could." 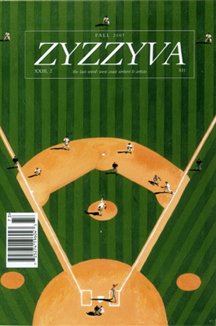 The magazine of West coast writers and artists was founded in San Francisco in 1985, and Junker has said that twenty-five years as editor will be enough for him. In the last two decades, ZYZZYVA has published well-known authors such as Sherman Alexie, Aimee Bender, Michael Palmer, Adrienne Rich, and Gary Snyder as well as emerging writers Po Bronson, Michelle T. Clinton, Joshua Clover, Peter Coyote, Forrest Hamer, F. X. Toole, and others who appeared for the first time in print in the journal's pages. In an article published in the May/June 1997 issue of Poets & Writers Magazine, contributor Jerome Tarshis quoted Junker as saying, "I used to want to publish as many famous writers as I could. But a couple of years ago I had an epiphany, that it would be more fun—and more useful—to publish writers I could help more than they could help me.”

In addition to the announcement that he will be stepping down next year, Junker's note includes a call for his successor. "I once responded to a Paris Review questionnaire about 'the key ingredients needed to keep a literary magazine afloat,'" Junker writes. "Taking its editor George Plimpton as my model, I declared: An independent income is the basic flotation device. Having the office in the editor's basement reduces rent and the editor's commute. Also helpful because, even if the budget remains modest, attracting money is key: good looks, charm, guts, a thick skin, a sense of humor, a good work ethic, luck, and the ability to spot and nurture talent."

Junker adds that the successful candidate will likely live in or near San Franciso and know its literary community. For more information about ZYZZYVA, visit the Web site at www.zyzzyva.org.