How Deep This Grief: Wrestling With Writing As Therapy

I have always found the idea of “self-expression” to be rather solipsistic, embarrassing even. It smacks of arrogance, this idea that I would have to express all the special wonder that exists inside me, and that people might want to listen. Maybe this comes from spending the majority of my life in the Midwest, the land of self-effacement. Maybe it comes from being raised, for the most part, by a single mother who, through my formative adolescent years, took care of three children and her aging father. When food or shelter isn’t a given, you tend to develop a quick eye-roll reflex when notions of individual creativity come up. 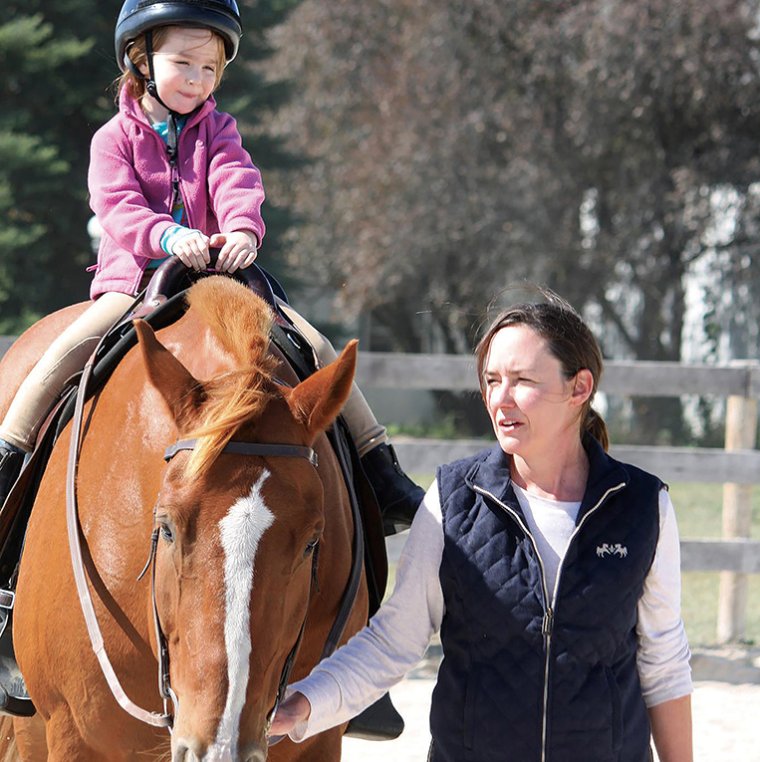 The author’s sister, Kelly, with her daughter, Brooke, at Fox Chase Farms in Maple Park, Illinois, in 2012.

And yet from an early age I also felt the desire to write, to tell stories. It wasn’t until college that I began to figure out how to reconcile this seeming contradiction, when a writing teacher, the essayist Joe Bonomo, scrawled a quote from V. S. Naipaul on the board: “No one cares for your tragedy until you can sing about it.” This was a moment of revelation as huge as any I’d experienced in my then nascent writing life. The words on the blackboard transformed the idea of writing from self-expression into something I was much more comfortable with: a job.

A few years later, in graduate school, I had the pleasure and sometimes terror of studying for a semester with Frank Conroy, famed writer and infamous writing teacher. Frank’s instructional antics were legendary: tearing up student manuscripts in workshop, making people cry. By the time I took his class, he was nearing the end of his life, and it might have been that he’d lost some of the fire he’d had in his prime. He was still Frank, though, and he’d still go after a piece, sometimes directly and sometimes more slyly, lulling the nerve-racked writer into a false sense of literary success before going in for the kill.

But what often, in the heat of the moment, seemed like random attacks from our instructor now, in retrospect, make perfect sense. I see now that the thing that consistently raised Frank’s ire, regardless of style or subject matter, was writing that struck him as lazy or self-indulgent. Frank was, I believe, a reader, first and foremost. Even more than a writer, he was a reader. And I believe he felt personally insulted by lazy, self-indulgent work.

And this is why if you’d asked me even five years ago whether or not one should use writing as a form of therapy, I’d have replied with a quick and certain No. Or, more specifically, I’d have said one could use writing as therapy, but it wouldn’t be real writing. It would be journaling, an unedited and unmediated pouring-out of feelings and memories. It wouldn’t be anything anyone else should want to read.

What I learned from my teachers and from my own innate sense of the world is that storytelling is more about the reader than the writer. If the writer is too focused on self-pleasure, self-improvement, or self-anything, then the reader gets left behind. I was certain that writing should be more about breaking or lifting the reader’s heart than, say, mending my own heart.

And then I lost somebody.

What writing had become for me, horses had always been for my sister, Kelly. She rode from an early age and grew to become a trainer, teaching kids and adults, even taking an opportunity to become certified in therapeutic riding in order to work with autistic children. Horses were her life, her passion. Her car was forever festooned with errant lengths of hay and alfalfa. Her jeans and boots were caked in mud from the pasture. Her whole life, it seemed, carried the odor of leather and saddle soap and just a sweet hint of manure. The way I’d entertained fantasies about winning the Pulitzer Prize, she imagined herself taking gold in the equestrian events at the Olympics.

One afternoon in May 2014 my wife was at the ob-gyn, pregnant with our second child. I was at home with our first kid, who was napping. My phone rang and my stepfather’s number registered on the screen. He didn’t call me often, but it wasn’t unheard-of, and I didn’t think much of it. I said hello, asked him how he was. He hesitated.

Kelly, he told me, had suffered a brain aneurysm and was being helicoptered to a hospital outside of Chicago. We hung up and I called my wife, who was still in the middle of her exam. The doctor had left the room and so she answered the phone. I told her what happened. She got dressed and left immediately.

We lived in Cincinnati at the time, and while my wife was on her way home I packed a bag, getting ready for a seven-hour drive back to Illinois and an indefinite stay. After that I Googled “brain aneurysm.” I knew generally what it was, of course, but I was looking for something else, something beyond the mechanics of it. I was looking for something that said, essentially, “She’s going to be fine.” I found no such reassurance.

I stopped for gas somewhere in Indiana and called my mother to get an update. There was a long, terrible pause. It isn’t good, she finally told me. “Just get here.” I hung up and cried and watched all the people entering and exiting the gas station fifteen feet from my windshield.

I arrived sometime around 9 PM. The hospital lobby—a towering steel-and-glass space—was abandoned save for a person stationed at the information desk. I don’t recall a thing about this person, not even if it was a man or woman, but I do remember appreciating the matter-of-fact way I was directed to the ICU. No chitchat. No sympathetic smiles. Just the directions I needed. I ran up a long ramp to a bank of elevators.