Poets Norman Dubie and Liz Howard have won the 2016 Griffin Poetry Prizes, given annually for books of poetry published in or translated into English in the previous year. They each received $65,000 Canadian (approximately $50,000). Alice Oswald, Tracy K. Smith, and Adam Sol judged. 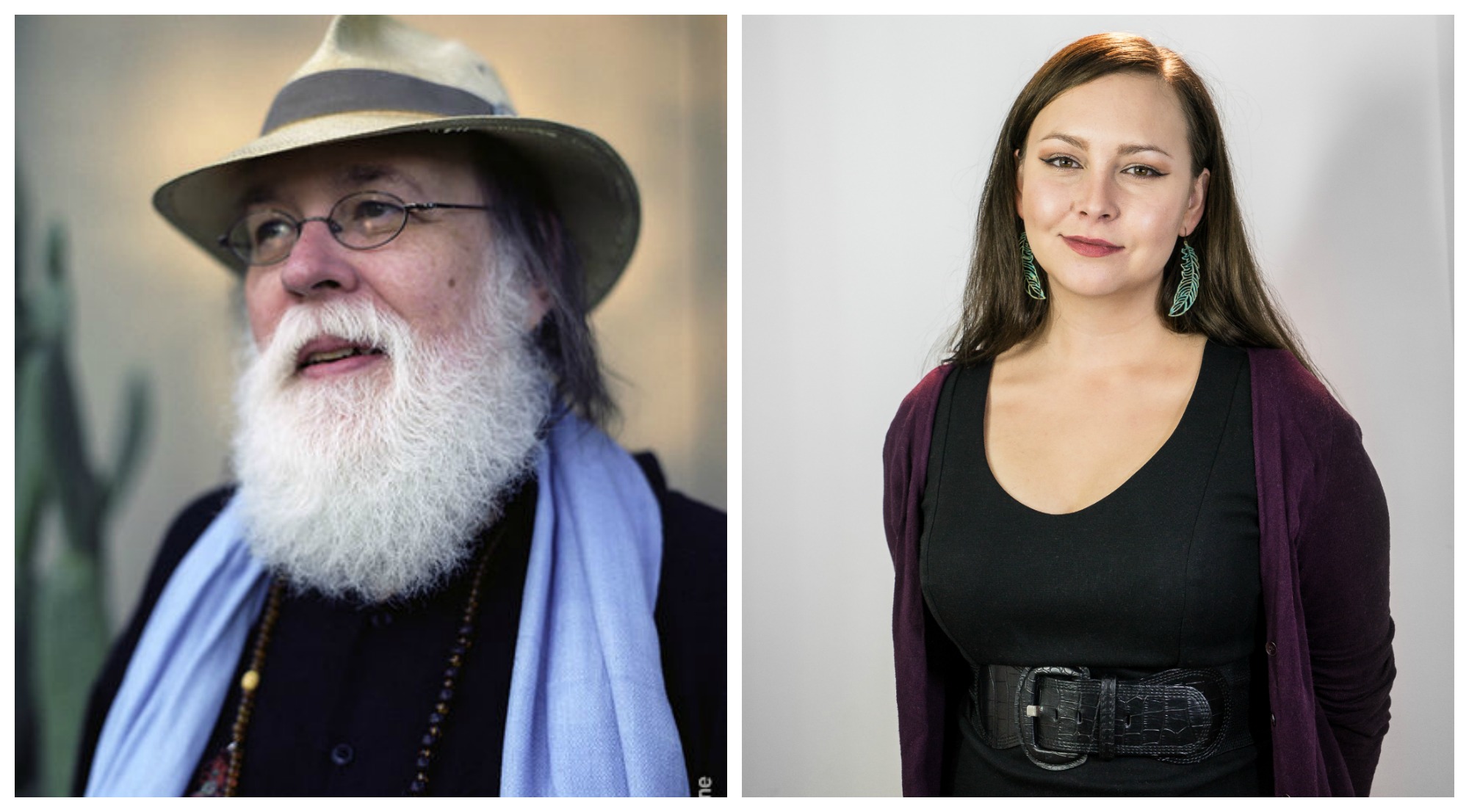 Poet Norman Dubie won the International Prize for his collection The Quotations of Bone (Copper Canyon Press). Dubie, 71, has published twenty-nine poetry collections and teaches at Arizona State University in Tempe. “The poems in Dubie’s newest collection are deeply oneiric, governed by vigorous leaping energy that brings the intimate into contact with history, and blurs the distinction between what is real because it once happened, and what is real because of the emphatic manner in which it has been felt,” wrote the judges in their citation.

Liz Howard took home the Canadian Prize for her debut collection, Infinite Citizen of the Shaking Tent (McClelland & Stewart). “These poems are filled with energy and magic, suspended between competing inheritances, at home in their hyper-modern hybridity,” said the judges. “Infinite Citizen of the Shaking Tent confronts its legacies with vivid imagery and crackling language, and introduces us to a bold, original poetic voice.”

The finalists for the International Prize were Joy Harjo for Conflict Resolution for Holy Beings (Norton), Don Paterson for 40 Sonnets (Faber & Faber), and Rowan Ricardo Phillips for Heaven (Farrar, Straus and Giroux). The finalists for the Canadian Prize were Per Brask and Patrick Friesen for their translation from the Danish of Ulrikka S. Gernes’s Frayed Opus for Strings & Wind Instruments (Brick Books) and Soraya Peerbaye for Tell: poems for a girlhood (Pedlar Press). Each finalist received a $10,000 honorarium for participating in the Griffin Prize shortlist reading on Wednesday in Toronto.

Established in 2000, the Griffin Poetry Prize was founded to “serve and encourage excellence in poetry.” Each year the trustees—Mark Doty, Carolyn Forché, Michael Ondaatje, Robin Robertson, Karen Solie, and David Young—along with Scott Griffin, the founder of the prize, select the judges. This year’s judges read 633 poetry collections from 43 countries.