That Glittering Possibility: Eighteen Debut Poets Who Made Their Mark in 2005

Every year there is a lot of hoopla about a new crop of fiction writers and their dazzling debuts. Who could fail to notice—or, years later, forget—the fanfare that greeted the publication of first books by Jhumpa Lahiri, Nathan Englander, ZZ Packer, Jonathan Safran Foer, and Zadie Smith? The six-figure advances, the national coverage, the interviews, and the nationwide tours—all to alert readers of the coming of the “next new thing” in contemporary fiction. Indeed, Poets & Writers Magazine has published an annual feature on debut fiction for the past five years, drawing attention to first-timers such as Hannah Tinti, Adam Haslett, and Suzan-Lori Parks. 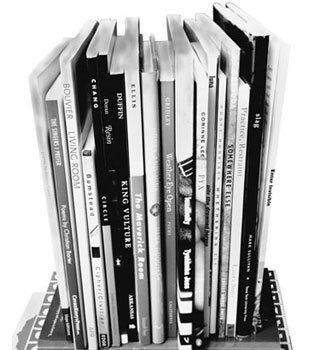 It’s all very exciting. But what about the debut poets?

Media attention to first books by poets is slight at best. The fact that the books are published, everyone agrees, is a great thing. But, minus the hype that accompanies their fiction-writing counterparts, they must somehow find their way into the hands of a relatively small group of readers. While fiction writers reap accolades in the months before and after the publication of their first books, debut poets, it seems, must wait considerably longer—if they get any attention at all. Many years after they were published, T.S. Eliot’s Prufrock and Other Observations (1917), Wallace Stevens’s Harmonium (1923), Langston Hughes’s The Weary Blues (1926), and John Ashbery’s Some Trees (1956) are regarded as great first books of poetry. Time will tell which of the hundreds of collections published this year will be the first titles in the long bibliographies of the next great American poets.

The eighteen poets featured here represent only a fraction of the debut books published in 2005, yet they are emblematic of the diverse community of poets who have recently forged their own paths to publication. (Every April, the nonprofit poetry library Poets House opens its doors to showcase new poetry books that have been published in the past year or so. This year, the organization displayed 2,100 books, and, according to Jane Preston, managing director of Poets House, approximately 20 to 30 percent of these—over six hundred—were debut titles.) Also represented here are the publishers—small presses, like Edge Books and Slope Editions; university presses, like Texas Tech University Press; and commercial publishers, like Penguin and W.W. Norton—that support debut titles.

Most of these poets—fourteen of them—earned MFAs in creative writing before publishing their books, which is illustrative of the proliferation of such programs. (There are now over three hundred in North America, according to David Fenza, executive director of the Association of Writers & Writing Programs.) Andrea Baker, the author of Like Wind Loves a Window (Slope Editions), is one of those who didn’t. “I think there have been some good things about not doing an MFA, just in terms of not having…so much noise in my head,” she says. “But I’ve also relied heavily on friends with MFAs to provide feedback on my own work and to introduce me to the work of poets who have ended up being monumentally influential.”

The peer groups that MFA programs offer are named as one of the greatest benefits cited by the poets who attended graduate school. Christian Barter (The Singers I Prefer, CavanKerry Press) says the program at Vermont College was life-altering, because it provided access to people who shared his interests. “Those of us who believe in poems—who really believe in them, who believe they are things worth giving our lives to—are a strange breed, and at times we need each other.” Geri Doran (Resin, Louisiana State University Press), who received her MFA from the University of Florida, agrees. “I was engaged, for the time, in a sustained conversation about writing, and I was among poets who cared deeply about craft,” she says. “I found it intoxicating.”

Some poets, however, find academic programs claustrophobic and have a difficult time relating to their peers on any topic except poetry. While Thomas Sayers Ellis, the author of The Maverick Room (Graywolf Press), appreciated having the time to write and the financial assistance that the program at Brown University offered him, his experience was mixed. “I’ve never met a happy graduate student, and I’ve never met a happy black graduate creative writer in a white program,” says Ellis, who is African American. “Let’s just say that the graduate MFA workshop ritual is a secret handshake…at best.” Matthew Shenoda (Somewhere Else, Coffee House Press) had an especially negative experience at the University of Arizona. “It was an atmosphere of false competition, little community, and a real aversion to certain styles of writing, points of view, and recognition of the varied global traditions in poetry,” he says. “I was one of very few students of color in my MFA program, and it felt like a conformist atmosphere, where the content of one’s work was not to reflect real-world issues, especially in regard to race and culture.”

The opinions about MFA programs might be best summed up by Leslie Bumstead (Cipher/Civilian, Edge Books), who received her degree from George Mason University. “I think graduate school can be beneficial but isn’t necessarily so,” she says. “It can drive you crazy with the politics and the competition, but that’s true of anything.”

While debut poets don’t share the same views on higher education, they all know the necessity to earn a living apart from their work as poets. As Robert Graves said, “There’s no money in poetry, but then there’s no poetry in money, either.” So, in addition to being poets, they are waiters, editors, teachers, small business owners, and freelance writers—and all of them face the challenge of finding time to write while holding a job.

K.E. Duffin, the author of King Vulture (University of Arkansas Press), works part-time as an editor and writing tutor in Somerville, Massachusetts. She says that no job leaves enough time for writing. “Whatever you do to survive, you need to defend your time like a pit bull.” Ellis, who teaches creative writing at Case Western Reserve University and at Lesley University’s low-residency program, says that “all time is writing time,” and, therefore, a poet must steal time from sleep to write.

But the challenge is not just in finding the time, of course. Sarah Gridley, whose Weather Eye Open was published by the University of California Press, says that juggling a job and writing is “a matter of reserving mental energy, as well as time. I tend to prefer jobs where I get to do physical work, where I don’t have to bring work home at night, or stare at a computer all day.” Most recently, Gridley worked as a visiting professor at the University of Iowa.

Corinne Lee, the author of PYX (Penguin), is a freelance writer and editor who also runs Winnow Press, an independent publisher of poetry and fiction in central Texas. Lee says she takes advantage of every chance to write—spare moments at the doctor’s office, for example, or while waiting for her kids to finish gymnastics class. “I shoehorn writing into my life at every opportunity,” she says. “I think that writers, especially poets, have been unduly influenced by the ivory-tower, isolationist view that writers must have private, uninterrupted, consolidated blocks of time so that they can create. Historically, this is a fairly modern—and, I believe, crippling—concept.”

Victoria Chang (Circle, Southern Illinois University Press), who is an academic researcher for the Stanford Graduate School of Business, agrees. “My experiences outside of poetry have only broadened my poems. Nothing’s mutually exclusive with poetry.”

Mark Sullivan, the author of Slag (Texas Tech University Press), has the job that seems furthest from the writing life—at least that’s what one would assume. But Sullivan, who works nights and weekends as a legal assistant for a large corporate law firm in New York City, says his job is ideal for a writer. “It’s part-time work, and although I have regularly scheduled shifts, the hours are quite flexible and usually allow me to have four free days a week to work on poetry,” he says. “Another great aspect of the job is that the entire night staff consists of creative artists—many actors, but also writers, dancers, visual artists, filmmakers. It’s a wonderful, informal creative community.”

One of the unfortunate consequences of the controversy over the fairness of some poetry contests—apart from the possibility that the accusations against judges and administrators are accurate—is that the conversations we have about the books that win (or lose) are rarely about the poetry in those books. We talk about the circumstances under which a poet won (or lost) a particular contest, not about the quality of the writing in question. And with the spotlight shining on the dozens of debut poetry books that win contests each year, we often forget about the hundreds of others that are published outside of the contest arena.

The Poetry of Beginning: Twelve Poets Who Got Things Going in 2007
by Kevin Larimer | Feature 11.1.07