In August Riverhead Books added to its literary roster Claire Vaye Watkins and her debut story collection, Battleborn, a title derived from the motto on Nevada’s state flag. “Battle Born” refers to the fact that Nevada joined the Union during the Civil War, in 1864, and in Watkins’s book the motto suggests the state’s history as well. All the stories are set there or just west, across the border in California, some in the present day, tinged with the glitz and despair of Las Vegas and the smaller towns that orbit it. Others take place in the past and are set in the area’s more remote locations—during the gold rush in the Sierra Nevadas. But along with capturing Nevada’s place as part of the mythic West, the stories express something larger. 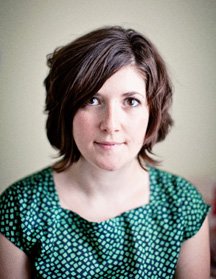 They are distinctly American in their exploration of our desire to re-create ourselves, to follow the same impulses that have driven generations westward in search of freedom and fortune, those that have led to our greatest triumphs and our deepest failures. Riverhead editor Rebecca Saletan, who won the hotly contested auction for the book, says that Watkins’s writing is distinguished by “a blend of toughness and tenderness—an attention to ‘ordinary people’ that refuses to sentimentalize or miniaturize or flatten them, a sense of scope that refuses to accept the usual dichotomy between the ambitious and important on the one hand, and the minute and human-scale. The stories are both, and that is deeply satisfying, and much rarer than it should be.”

When literary agent Nicole Aragi encountered Watkins’s writing, she was immediately drawn to her “incredible ability to write about place and landscape,” an American landscape, she says, that she hadn’t read before. Aragi, whose clients include Junot Díaz, Jonathan Safran Foer, Colson Whitehead, Edwidge Danticat, and Hannah Tinti, first read Watkins’s work in the winter of 2008, in an online supplement to Granta’s “Fathers” issue. “It was a very short piece about her sister and her father in the desert. It was so powerful. The way you got everything: siblings, her relationship with her father, family history, landscape…I still can’t believe she did so much in such a short piece. And I thought, ‘This is a storyteller.’”

Watkins, twenty-eight, is an assistant professor at Bucknell University, a private liberal arts college in Lewisburg, Pennsylvania. The place couldn’t be more different from Pahrump, Nevada, near the southeastern edge of Death Valley, where she grew up. “Writers and sculptors and costume designers and filmmakers—every single person in my family and extended family, they’re all artists,” says Watkins. Along with practicing art—her mother was a photographer and her father a musician—her parents ran the Shoshone Museum, a tourist destination that showcased the natural and cultural history of the Death Valley area and sold maps, gems, jewelry, and other local trinkets.

What brought her parents to the Mojave Desert…now that’s a story. Or is it? Yes, because for Americans it intersects with one of the darker events that capped the end of the psychedelic sixties. And no, because for Watkins the story doesn’t get her any closer to understanding the truth about her father, who died when she was six years old.

But here goes: At seventeen, Watkins’s father, Paul, originally from the Los Angeles area, met and befriended Charles Manson, eventually becoming a member of the Manson Family. Some versions of the story have it that he was, for a time, Manson’s right-hand man. Manson sent Watkins to the remote area of Death Valley to scout locations for the family to hide out from “Helter Skelter,” Manson’s term for the racial war he predicted would wreak havoc on American society. Watkins became increasingly wary of Manson, requesting at one point to be officially relieved of his duties to the family. He was in Death Valley when the brutal Tate–LaBianca murders took place, and eventually testified against Manson during the ensuing trials.

Drawn to the landscape, Paul Watkins ended up staying in the area, where he met and settled down with Claire’s mother, who moved there from Las Vegas, where she’d been raised and had worked into her twenties.

Watkins first learned about her father’s connection to the Manson Family from the book Helter Skelter: The True Story of the Manson Family (Norton, 1974) by Vincent Bugliosi, the prosecuting attorney for the trial. “I was in grade school. My sister came home crying from school because some kid had been teasing her and saying our dad was a murderer. She was really upset, and when our mom got home from work, we confronted her about it. She gave us Helter Skelter, which was on our bookshelf. She said, ‘I’ll tell you, he didn’t kill anyone, but if you want to know more about it, then read this.’ So we looked him up in the index and read it.”

For Watkins, her father’s involvement in the Manson Family doesn’t really shed light on who he was. It’s an anecdote from his past, but it is only one of the ways she’s come to know him. “It is the cache of information—especially media—that I have of him: books and news clips and all that. There’s this process of layering information and history and facts and knowledge on oneself and yet feeling like you don’t have any better sense of who you are than when you started. That’s probably close to how I feel about the Manson business.”