Digital Digest: Turning Up the Volume on E-books

Enhancing digital literature with multimedia extras is nothing new, but the results, for the most part, have failed to win much more than novelty appeal. That may have begun to change in June, when Penguin released what it calls an Amplified Edition of Jack Kerouac’s On the Road. The iPad app, which retails for $16.99, debuted to admiring mainstream reviews and rose as high as second place among Apple’s book downloads, briefly outselling even the (electronic) Bible. Add the announcement a month later that Apple now pulls in more revenue from the iPad—an astonishing $6 billion in the second quarter alone—than it does from its entire Mac lineup, and the elements could be in place for a hybrid format to finally come into its own. 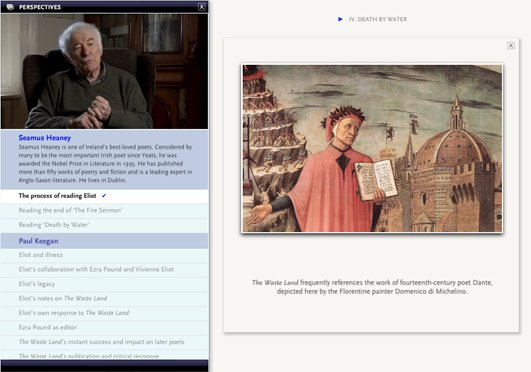 Designed by Los Angeles–based 1K Studios, On the Road feels more like a collector’s edition in digital form than a gussied-up e-book. Joining the familiar 1957 text are biographical and contextual commentary, interactive maps, memoranda from the archives of original publisher Viking, contemporary reviews, correspondence, and photographs—some released for the first time by the Kerouac estate. The app’s pleasures are largely comparative, letting readers follow the process of the book’s creation from travel journals to the famous one-hundred-twenty-foot scroll (reproduced in its entirety), through to the anxious expurgations that preceded the novel’s publication. Unlike Penguin’s first “amplified” offering last year—Ken Follett’s The Pillars of the Earth, positioned as a tie-in for the television adaptation—the multimedia additions here have been kept deliberately slim, with just two video interviews and three audio clips. And rather than sullying the text with potentially distracting hyperlinks, notes are tucked away in retractable sidebars.

“The challenge in developing this app was to get the balance right,” Penguin editor in chief Stephen Morrison told the Guardian. “We had to make sure the technology enhanced the content while we maintained top-notch editorial and design standards.”

On the Road joins other Penguin titles recently given the amplified treatment, such as Steinbeck’s Of Mice and Men and Reif Larsen’s The Selected Works of T. S. Spivet. Nor is Penguin alone in striking what appears to be a winning balance: An iPad edition of T. S. Eliot’s The Waste Land, released in early June by Faber and Faber, enjoyed a similar climb up the best-seller list. Developed by Touch Press, the app offers a suite of readings and critical supplements, including a specially filmed performance by Fiona Shaw (whose 1996 adaptation of the poem won the Drama Desk Award for Outstanding One-Person Show), manuscript emendations by Ezra Pound, and notes that reveal the contributions of Eliot’s first wife, Vivienne.

Of course, adapting books for a device whose capabilities wildly exceed the simple display of text raises questions about just how faithful e-books ought to remain to the format of their printed forebears. According to a July report by market research firm IDC, Amazon’s comparatively traditionalist Kindle has been surpassed for the first time as the fastest-selling e-reader by the Nook Color—for which Barnes & Noble currently offers over four hundred enhanced titles. Presumably addressing the threat, Amazon is rumored to be readying a tablet of its own, expected to launch in October.

For the time being, plain text still rules the e-book roost, but it’s clear that the industry is concerned that the ascendancy of the tablet may signal the obsolescence of dedicated e-readers. “All this is experimental now,” Morrison told the Los Angeles Times. “But the book itself is the centerpiece. It’s where you start, and then everything flows off from there.” With an estimated 222 million Apple iOS devices currently in circulation, and with all six major publishing houses now making their titles available on the platform, readers should expect the experiments to continue.

Adrian Versteegh is a Henry MacCracken fellow at New York University and the editor-at-large of Anamesa.

Digital Digest: The Changing Economics of E-books
by Adrian Versteegh | News and Trends 7.1.10

Apple’s entry into the e-book market has given publishers the leverage they needed to force a marketwide shift from a wholesale to an “agency” model of e-book retailing, but the long-term impact of the move—for both publishers and authors—...

Digital Digest: The Rise of the E-book Accelerates
by Adrian Versteegh | News and Trends 1.1.10

It may not have been The Year Print Died, but 2009 will undoubtedly go down as the year digital literature became impossible to ignore. From celebrity authors' crowdsourcing stories through Twitter, to the proliferation of online publishing...

Since last fall, an Alameda, California–based start-up has been blending digital text, images, video, and social networking to produce what it calls "vooks" (a portmanteau word formed from video and book), which can be accessed...