David Fenza Out as Executive Director of AWP

On March 11 the board of directors of the Association of Writers and Writing Programs (AWP), led by chair David Haynes, ended its relationship with the organization’s long-time executive director, David Fenza, during a brief meeting in the lobby of the Marriott Tampa Waterside in Tampa, Florida, as writers, editors, and other members of the literary community were checking out of the hotel after a long weekend at the organization’s annual conference and book fair. “I had no warnings,” says Fenza, who was hired in the late eighties as publications editor and later rose to the organization’s top position. “I had no wishes to leave AWP.” 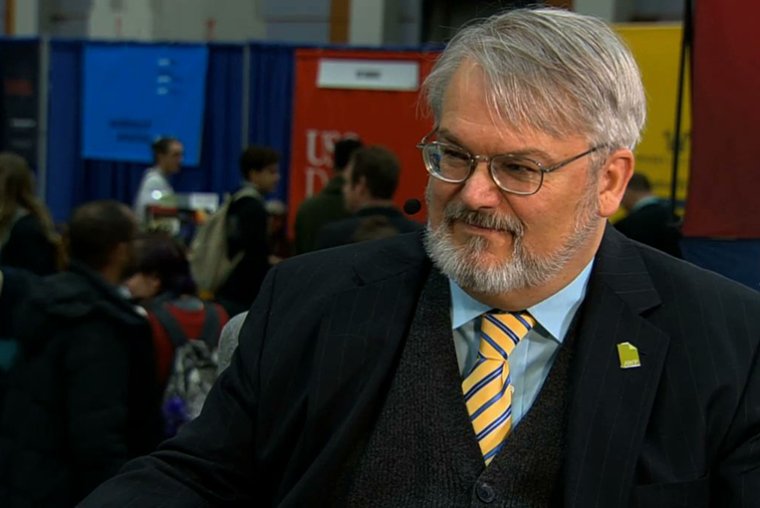 Haynes, who teaches at Southern Methodist University, confirmed the news in an interview on March 15. “After twenty-nine years of service, the board has ended its relationship with Mr. Fenza,” he said. “We wish [him] well.” When asked for details, Haynes said: “We are obligated by law to protect Mr. Fenza’s privacy, meaning that we can’t say anything about our current relationship with him. He is also an employee of UMD, our host institution.”

The office of the dean of the College of Arts and Humanities at the University of Maryland in College Park, where AWP had recently relocated after nearly twenty-five years of operation at George Mason University in Fairfax, Virginia, confirmed that Fenza is no longer employed by the university. In a letter dated March 11, Bonnie Thornton Dill, the dean of the College of Arts and Humanities, informed Fenza that the decision had been made to “terminate” his employment prior to the completion of his “probationary period,” a temporary status applied to new hires, including Fenza, following the organization’s recent move. During the probationary period, neither the university nor AWP is required to give Fenza “any reason at any time” for its “rejection of employment.”

“They did not give me reasons,” Fenza says.

“It was a challenging year with the relocation disrupting all AWP business, as I was working with architects, contractors, furniture sales people, many vendors, new university administrators, and a new, terribly complex university administrative system,” Fenza says. “I had to do all this with four vacancies in key staff positions, as some staffers chose not to move with us to Maryland. It was a difficult year. I worked many weekends and many fifty-hour weeks and a few much longer weeks. I did as much as I could as well as I could for the benefit of AWP. I am still stunned.”

So why would AWP, which both Fenza and Haynes say is financially healthy and is coming off another seemingly successful conference and book fair during which thousands of writers, editors, and writing program instructors enjoyed a full schedule of panels, readings, and meetings, part ways with its executive director?

Matt Burriesci, who worked at AWP for twelve years, most recently as the director of development, before leaving the organization in 2011, sent a letter to the board on the morning of March 14, demanding answers. In an e-mail exchange the following day, Burriesci expressed his dismay that AWP had not been more forthcoming in its messaging about the change in leadership. “In mature organizations, the departure of a long-serving chief executive would be handled delicately, and with a considerable amount of foresight, class, and magnanimity. Typically a chief executive who had so demonstrably improved an organization’s fortunes would be publicly celebrated, whatever the proximate cause for termination (unless of course, the cause was criminal in nature, which seems highly unlikely in this case),” he wrote. “There would be nothing personal in it. A board would offer a generous exit package, and the messaging would be carefully and thoughtfully managed.  A glowing, laudatory statement about the executive’s service and accomplishments would be issued. Even if there was some acrimony (and there was always a lot of it at AWP), you do this to avoid the appearance of strife inside the organization, to ensure a smooth transition, to encourage good candidates to apply for the position, and to insulate the organization from criticism, from lawsuits—you do it for all sorts of good reasons. Whatever the short-term cost may be, it’s insignificant compared to the long-term costs of not doing it.”

News of Fenza’s departure broke on March 12, as several literary figures, including Kima Jones, founder of Jack Jones Literary Arts, sent tweets to their followers: “Breaking: After 29 years of service, David Fenza has ended his service as Executive Director of @awpwriter. National search for an Executive Director underway. #AWP18.” Jones says the AWP board reached out to her and other literary figures and partners on the evening of March 11, shortly after the meeting with Fenza, to get the word out.

Official word from AWP came four days later, when a nearly identical message was posted on the organization’s website and tweeted out to its followers, leaving some to wonder whether Fenza had resigned from his post. In an e-mail exchange that same day, Bonnie Culver, director of the MFA program at Wilkes University and vice chair of the AWP board, repeated the statement that “David has ended his tenure.”

Burriesci, who served as active executive director from 2009 to 2010 while Fenza studied for his masters of public administration degree in management at Harvard University Kennedy School of Government, says he worries that the way Fenza’s departure was handled will harm the organization’s efforts to find a successor. “Any candidate actually qualified to do the job (which is quite difficult—I’ve done it), would certainly see a lot of glaring red flags in the sudden, unexplained departure of the previous executive. I can only speak for myself, but I know I wouldn’t apply for that job given the uncertainty and gossip surrounding this affair. It’s all highly unusual. The board really needs to explain what happened, and, if possible, they need to do some serious damage control…. It’s bizarre to find out, via a tweet, that he no longer works there, and it’s also bizarre that the board has said absolutely nothing about it.”

Haynes says the board is already working, in conjunction with Thornton-Dill and the University of Maryland, to find Fenza’s replacement. “We want to work quickly,” Haynes says. “We have an outstanding staff. I’ve spoken with all of them individually. We want to get someone in place as soon as possible, which will help them feel more secure in what they’re doing on a daily basis. I have complete confidence in our staff to carry on the work of the organization.”

A Petition Circulates and Sides Form as AWP Board Remains Silent About Fenza
by Kevin Larimer | Online Exclusive 3.22.18

Responses to AWP executive director David Fenza’s departure have been met by silence from the organization’s board.

The turmoil behind Harper Lee's Go Set a Watchman; on marriage, writing, and Clarice Lispector; the total weirdness of the book tour; and other news.