On March 21 a group of former members of the board of the Association of Writers and Writing Programs (AWP) circulated a petition “to ensure the future of AWP and to address the recent and sudden dismissal of David Fenza,” the former executive director who was dismissed from his job on March 11. The petition, posted on care2.com, calls on the current board to “develop and issue a statement recognizing Fenza’s service and accomplishments” and to “extend a reasonable severance package” to Fenza that includes “at least six months of pay and benefits.” As of Thursday afternoon, the petition had been signed by more than 165 supporters. 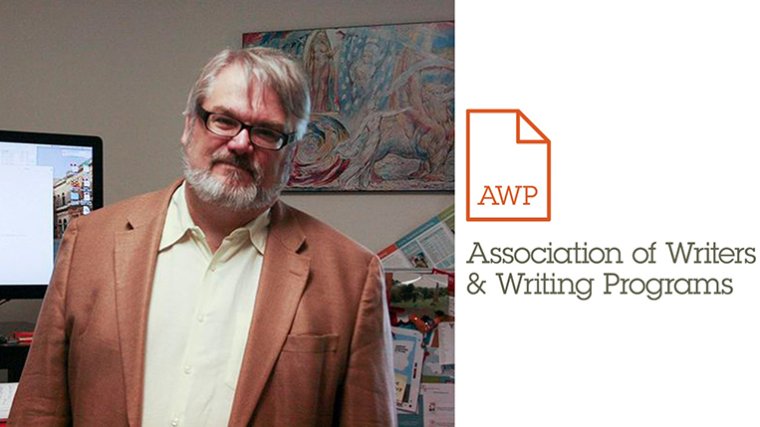 The AWP board, led by chair David Haynes, has declined to comment on the reason for the change in leadership. Fenza says he was given no reason for his dismissal.

Meanwhile, a growing number of writers and members of the literary community are sharing their perspective that Fenza’s response to a variety of issues at AWP over the years, including well-documented dustups and disagreements with those who have criticized the member-based organization, provided enough warning that a change in AWP’s top position was in the offing and that, indeed, the change is not necessarily a bad thing.

“Good, have [AWP] led by someone who is intersectional and will listen to the concerns of communities long ignored,” tweeted Jenn Baker, host of the Minorities in Publishing podcast, a writer who has contributed to Poets & Writers Magazine, and the editor of Everyday People: The Color of Life—A Short Story Anthology, forthcoming from Atria Books in August.

That AWP has faced controversies in the past will be a surprise to no one, but 2015 was an especially contentious year for the organization. In May of that year, AWP faced criticism when it was revealed that conceptual poet Vanessa Place had a seat on the 2016 conference subcommittee, the group responsible for selecting which panels would be presented at the organization’s annual conference. The Los Angeles–based poet and artistic provocateur had been tweeting the entirety of Margaret Mitchell’s Gone With the Wind, line by line, using a caricature of Hattie McDaniel—who played Mammy in the 1939 film adaptation of the novel—as her profile picture. A Change.org petition, led by writer Timothy Volpert—and subsequently signed by over 2,000 writers—described Place’s project as appropriation that was “at best, startlingly racially insensitive, and, at worst, racist,” and called on AWP to remove her from the committee. AWP eventually removed Place and issued a brief statement that the organization “believes in freedom of expression” and that the removal of Place was due not to her work itself or its larger implications, but rather because of the controversy it was causing within the literary community. “AWP must protect the efficacy of the conference subcommittee’s work,” read the statement. “The group’s work must focus on the adjudication of the 1,800 submitted proposals, not upon the management of a controversy that has stirred strong objections and much ill-will toward AWP and the subcommittee.”

Later in 2015, on August 4, Laura Mullen, director of the MFA program at Louisiana State University (LSU), tweeted a question about the diversity breakdown of panels accepted for the 2016 conference, which eventually led to a petition calling for increased transparency, accessibility, and diversity at AWP. In a blog post, Mullen revealed that Fenza had sent an e-mail to her, dated August 6 and copied to her department chair and her associate chair at LSU, in which Fenza wrote, “We would hope that the director of a member AWP program would support our association rather than cast aspersions upon it via Twitter, as you have done.” Mullen responded a week later with a letter that read, in part: “I thank you for writing: the document provides evidence of the lengths to which the organization is willing to go to silence critique and stave off self-scrutiny.” Three weeks later, Fenza apologized to Mullen. “I understand why you and AWP’s members found this letter to be threatening,” he wrote in a statement published on the organization’s website. “That was not my intention.”

Fenza’s apology came on the heels of an op-ed titled “AWP Is Us,” written by Red Hen Press founder and managing editor Kate Gale in defense of the organization, which appeared on the Huffington Post on August 24, 2015. The article, which contained offensive language surrounding issues of diversity, gender and sexuality, only served to strengthen the controversy, especially after it was later taken down from the site and Fenza offered his support of Gale, who apologized for the piece. In a Publishers Weekly article posted on August 27, Fenza said no one at AWP had asked Gale to apologize for the Huffington Post piece. He also said that “her intentions were good,” and that he appreciated her defense of AWP. “Nobody was standing up for this organization,” he said at the time.

These controversies, now nearly three years old, are still fresh in the minds of those who have taken to social media to voice their opinions about Fenza’s departure.

“After the issues with Vanessa Place, diversity and inclusion, disability access, his letter attacking a professor and member of the org for publicly holding the conference to transparency…it’s well past disingenuous to suggest Fenza’s firing was unexpected,” wrote Alyss Dixson, a visiting scholar-artist in residence at Ohio State University’s department of African American and African Studies, in a comment on Facebook. “To the contrary, it has been agitated for by numerous blocs within the conference for at least 5 years.”

More recently, Baker points out, there have been complaints from the disabled community, “including Karrie Higgins, whose registration fee was not refunded when AWP would not accommodate her for being unable to attend due to various physical conditions,” she says, adding that a number of writers “have spoken out consistently about ableism and lack of acknowledgment of accessibility at the conference and inclusion in the programming.”

Still, Baker wonders, “Why get rid of Fenza now when he’s been problematic in the past?”

Whatever the reason, the manner in which it was done—with no official explanation, the news distributed via tweet—rubs even Mullen the wrong way. “I’m sorry this wasn’t done earlier,” she says, “but to do it now in the style of Trump rather than Obama makes it hard to feel that this is good news.”

David Fenza Out as Executive Director of AWP
by Kevin Larimer | Online Exclusive 3.19.18

On March 11 the board of directors of AWP ended its relationship with the organization’s long-time executive director, David Fenza. “I had no warnings,” he says.