In our Craft Capsules series, authors reveal the personal and particular ways they approach the art of writing. This is no. 121. 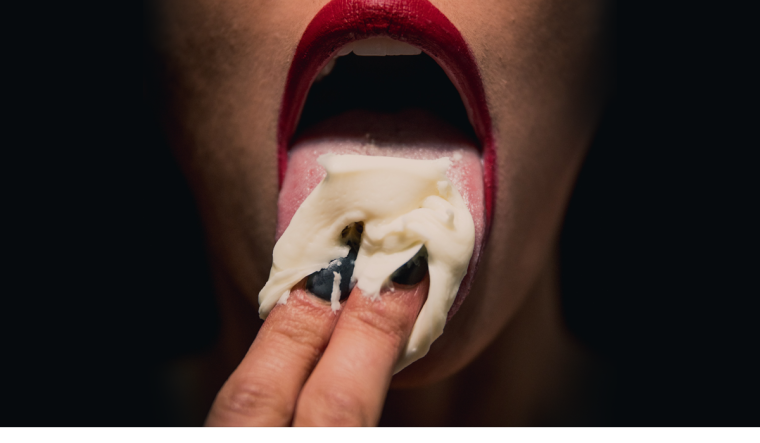 File Maple under CILF: character I’d like to—well, you know. Can I imagine what it’d be like having breakfast in bed with her, listening to her drag me for overcooking the eggs while she channel-surfs? I sure can. I also love the fact that she understands her sex appeal somewhat, but not really. I stan a hottie who isn’t swept up in her own vapors. In fact, Maple’s original character was supposed to be a shy woman who hadn’t gotten any in a long time, but the smoke was finally going to blow her way, and she’d find love, good sex, and happiness—all while her cool, down-to-earth, and easy-to-talk-to mom coached her along the way. But of course, even the best laid plans…

Maple is an outlier in my first novel, Nobody’s Magic, which is told from the perspectives of three different characters. While Suzette is sheltered by skittish parents and Agnes is disappointed with her life, Maple is well adjusted and generally happy. With a sex-positive mother and a cast of good friends with impressive smash lists, Maple is surrounded by people who are doing all kinds of enviable things, including having great sex. But throwing some condoms in her direction and pushing her toward the nearest man felt too par for the course. Too…predictable. And I was also being a hater. My desire for Maple made me protective of her. I couldn’t just let anybody smash, especially not more of the terrible men Maple has come to know as the child of a bona fide hustler. (The irony is that if I tried to explain this to Maple, she’d probably curse me out. But I suppose that’s part of her charm.)

So, instead of just letting the music play and the sheets rumple, I asked, “But what should happen before all that?” The answer, in part, was that Maple needed to learn how to be desirable in her own eyes, and not just through the gaze of a lover. Thanks to her mother, whom she calls Momi, Maple knows a ton about sex, and quite a bit about how it should feel to be loved. She know this because, unlike many other literary characters with albinism, she’s loved by most of the people around her, including her mother, her friends, and even Nana’s shady ass. However, most of her experiences with love and desire are mediated by flawed people who don’t fully perceive her, arguably because she doesn’t fully perceive herself as anyone other than her mother’s child.

Consequently, in the wake of Momi’s violent death, the feelings that have always haunted Maple—loneliness, emptiness, and the false belief that every person she loves is somehow more beautiful, more whole than she is—are now running unchecked in the absence of her mother’s bravado and their unshakeable bond. Reeling in a mix of grief and personal despair, Maple disconnects from the outside world, holing up in a hotel room littered with puke-filled trash cans and enough edibles to send Alice to Wonderland. But her isolation also gives her time to sit with herself, her lost dreams, and all the ways she’s lived more vicariously than bravely. And when she meets Chad, the cousin of one of Momi’s most beautiful friends, something amazing happens (which I’d tell you about here, but I really want you to read the book).

So I suppose that, in all my clitblocking, I created something good, which suggests that lusting after a character who looks a bit like me isn’t the worst thing that could happen in the writing process. My desire prompted me to interrogate Maple’s relationship to desire and desirability, creating an example I find deeply important as a fellow person with albinism, given that the external gaze is always eager to relegate us to either ugliness or an exoticizing essentialism. Maple grapples with all of this while simultaneously redefining what it means to honor the deceased love of her life, and perhaps find something transformative in the aftermath. And, of course, she’s doing it all while being fine AF.

Destiny O. Birdsong is a poet, novelist, and essayist whose work has appeared in the Paris Review Daily, African American Review, and Catapult, among other publications. Her debut poetry collection, Negotiations, was published in 2020 by Tin House and was longlisted for the 2021 PEN/Voelcker Award. Her first novel, Nobody’s Magic, is forthcoming from Grand Central Publishing on February 8.

The author of Nobody’s Magic reflects on writing in African American Vernacular English.

The translator of Migratory Birds and Permafrost shares how growing up between different languages and countries has led her to challenge conventional wisdom about the art of translation.

The author of I’m Not Hungry but I Could Eat leverages his intrusive thoughts from pet sitting for fiction.