In our Craft Capsules series, authors reveal the personal and particular ways they approach the art of writing. This is no. 120. 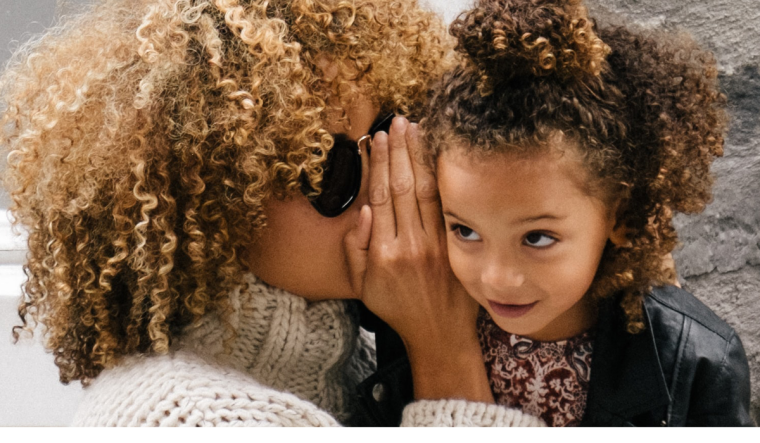 Some of my favorite moments with other Black people happen when, in the middle of a conversation between casual acquaintances about books or politics or our respective professions, one of us leans in and our voice changes and lowers, and suddenly, the tone we use to assuage the misguided conflation of language and competence held by white people (and nonwhite respectability-politics-believing folks) disappears. “N!@@a, please,” one of us might say in response to some Black Trump supporter’s latest shenanigans on social media. Or someone else might start with, “First of all…,” then launch into a diatribe about all the reasons why their co-workers are trifling. It is a moment that I immediately recognize as an invitation into a safer space. It is a gesture of intimacy, an opportunity to be informed, and a privilege I don’t take lightly.

Similarly, when I created Suzette Elkins, one of three main characters in my forthcoming novel, Nobody’s Magic, I wanted her to speak as if she’d invited you into her safest space because, in fact, she had. As a child, Suzette’s albinism made her the subject of a dangerous but foiled plot, and in the years since, her parents cloistered her at home and filled it with material possessions designed to keep their only daughter content. But the reader meets Suzette on the cusp of her realization that perhaps the life she’s been living ain’t it. I wanted her to be spoiled and naïve, but also inquisitive and interesting with a knack for storytelling like the people in my family. For that reason, I decided to write her triptych in Northern Louisiana African American Vernacular English (AAVE). What followed was a voice that felt right, but I had to learn more about Suzette—and myself—in order to fully understand why.

When I shared the first pages of her section of the novel with a group of workshoppers in late 2019, one of them was annoyed by Suzette’s vapid obsession with makeup and designer labels. It was clear that her discomfort with Suzette’s materialism was personal, and as a person who also grew up poor, I understood it. I tried to explain that my character wasn’t like most of us in the room: she wasn’t academic or prone to longwinded existential crises or interested in the fair distribution of wealth. After a few minutes of stumbling through other bits of reasoning, I blurted out, “She’s not…smart,” and as soon as it came out of my mouth, I knew it was a lie. At the same time, however, I wasn’t quite sure how to explain the truth.

For weeks, I’d been painstakingly reading paragraphs, tweaking Suzette’s narration to perfectly fit a rhythm in my head that reminded me of home. It’s not even a rhythm I can describe, just one I feel when I am listening to the people I love tell me what they know. The content is always rich, but the art of the telling is equally so. It requires all listeners, even those of us who grew up using the language, to dismantle our presumptions about communication, particularly those that suggest that the more that is shown/told, the more is revealed. “There’s only two things we gotta do, Birdsong,” says my friend (who grew up only a few miles away from me) during a conversation about setting boundaries. And if you know, you know. Similarly, in an early explanation of her father’s reasoning for not allowing her to attend college, Suzette tells the reader, “And you know the rest.” Her exasperation signals the change that is forthcoming in her, but also alludes to the inevitable family fallout that follows.

In AAVE, allusion, call-and-response, trail-offs, and moments of silence make both internal monologue and dialogue sites of knowledge transmission in ways that pages upon pages of describing a character’s innermost feelings could never do. It is the external, and not the internal conversations that reveal who the characters are, how much they know, and how much they trust you to know. As such, Suzette’s language is actually an exhibition of her knowledge, and as she evolves throughout her narrative, her telling of her story requires the reader to listen, to remember, and to infer based on what she’s already said and how she’s said it.

I wish I could say that I was trying to do all of this when I first began writing Suzette’s triptych, but honestly, I just wanted her to feel relatable if we were going to spend so much time together. But Suzette proved to be smarter than I can rightfully take credit for. She taught me even more about the power and nuance of my many languages, and how, even in the mouth of a girl who has never experienced some of the things most of us take for granted, it is a powerful tool of knowing. I’ve discovered that the writing process is not always about my characters coming into their own; it’s about their reminding me what rich repositories of knowledge belong to me as a Black person through the uses of my many tongues, and how knowledge transmitted between members of my community enrich us all in ways I can’t always articulate outside the language in question. But maybe I don’t have to. If you know, you know. And if you’re willing to know, you can find out too. Simply pay attention, remember that every shut eye ain’t sleep, and know that just because a woman loves a good lace-front wig doesn’t mean she don’t got a good noggin underneath.

It’s painful to admit that I, Suzette’s creator, had to consciously walk back the institutional training that had prompted me to dismiss her while trying to convey her character to a white workshop member. But in the process of reevaluating my unprovoked complicity in the same respectability politics I work so hard to eschew, I came to a better understanding of Suzette’s value and complexity, which broadened the scope of possibility for who she could become by her story’s end. And if I do say so myself, she grows, she blossoms, and she schools us all. She becomes that bitch, still talking the same talk and walking the same walk from beginning to end. I’m proud of her.

Destiny O. Birdsong is a poet, novelist, and essayist whose work has appeared in the Paris Review Daily, African American Review, and Catapult, among other publications. Her debut poetry collection, Negotiations, was published in 2020 by Tin House and was longlisted for the 2021 PEN/Voelcker Award. Her first novel, Nobody’s Magic, is forthcoming from Grand Central Publishing on February 8.

The translator of Migratory Birds and Permafrost expresses the limits of translation when it comes to culturally specific institutions and terms.

The author of The Devoted recommends looking around the edges of a story to locate the unexpected places and times where drama can unfold.