Can Flarf Ever Be Taken Seriously? 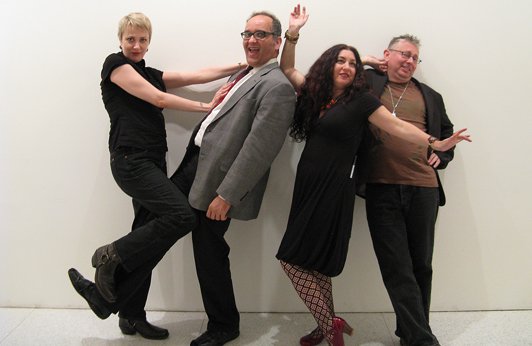 Real good article. I was thinking the same thing. When I read some flarf I feel somewhat deflated. As if the poet is laughing at me. I am not sure why I felt this way. Some of the flarf I enjoy, others, not so much. That is the same with any poetry, so perhaps this is good. The one thing I do not want to happen in a poem, is for me to forget it existed afterward. If this happens, the poem might as well not have been written... But this: "Poetry isn't on my list of entertainment, it's more important than that." Blows my mind. So if a poem is boring and unentertaining, this equals important? I thought people write (beyond it being an obsession/addiction) to have fun, because it is fun. And the fact it may teach, enlighten, etc, is just the byproduct of perceptive reading and the author's original-specific soul/POV...
Loved this article. I had no idea how flarf originated -it was fiendishly ingenious! As to its detractors, I can only echo the words of Archibald McLeish: A poem should not mean, but be.
Poets might end up taking flarf seriously but the remaining 90% of the population will never care nor should they because flarf is not written for them. Flarf is written by a clique for a clique.
X