The Book as Renewable Resource

BookCrossing, the online community whose members tag, release, and then track books in 160 countries, recently joined Better World Books, a socially conscious Indiana-based retailer, in a partnership that highlights the literary, social, and environmental missions of both sites. Of course, there's a financial aspect to the partnership as well: Each time a BookCrossing user clicks through and completes a purchase with Better World Books, BookCrossing scores a portion of the proceeds—at a rate nearly twice what it collects from its other affiliates. 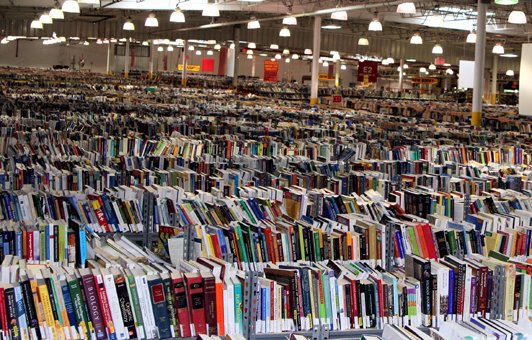 Since the community's founding in 2001, "bookcrossers," as they're known, have been transforming ordinary books into what CEO Bruce Pedersen calls "appreciating assets" by labeling them with BookCrossing Identification (BCID) numbers and strategically abandoning them—on planes, trains, buses, benches, and other public places. Instructions on the tagged books direct finders to the BookCrossing site, where previous readers await updates on the progress of their "released" titles. Pedersen says his decision to partner with Better World Books—which collects, resells, and donates unwanted books—reflects a common appreciation of books as renewable resources. "There's a big crossover between our demographics," he says. "And I think any time you can truly support another cause when you spend your dollars, it's very appealing."

John Ujda, vice president of marketing at Better World Books, agrees. "There's definitely a shared appeal there," he says. "The overlap is perfect."

Better World Books bills itself as a "triple bottom line" enterprise, which means its accounting practices must balance profit against the social and environmental effects of its business. According to Ujda, the company has run book drives at eighteen hundred North American colleges and partnered with sixteen hundred libraries to divert an estimated twenty-five million books from landfills. Orders from its online store—which ship free within the United States—carry a minimal ecological footprint thanks to carbon offsets from the nonprofit Carbonfund.org. In its six years of operation, Better World Books has donated more than a million books and nearly $6.5 million to causes such as Books for Africa, Room to Read, and the National Center for Family Literacy.

"Our model has proven to be sustainable," says Ujda. "Corporations don't have to be purely about profit, and in fact the last year or two has shown that model doesn't work so well for society as a whole. We're on a mission to prove that social capitalism works."

So is there something about literary types that makes them better disposed toward socially responsible buying? Pedersen thinks there is. "I have a bias toward book lovers," he says. "I think the more aware you are—the broader your worldview is—the more likely you're going to potentially make a buying choice based on the merits of the company."

The new partnership with Better World Books gives BookCrossing—which has committed to keeping its core services free—an income to supplement what it earns from unobtrusive advertising and the BookCrossing Supply Store, where members can purchase bookplates, weatherproof envelopes, and other BookCrossing field gear. And while an invitation to purchase more books may seem out of place on a site dedicated to sharing them, both parties are sanguine about the arrangement.

"They buy a lot of books," Pedersen says of his site's members, adding that they often purchase multiple copies of favorite titles to distribute, sometimes even sending them to one another without any expectation of reimbursement or reciprocation in what the community has dubbed a Random Act of BookCrossing Kindness, or RABCK (pronounced "ray-back"). "And they are a very, very candid crowd," Pedersen continues, referring to the plethora of online forums, local meet-ups, and conventions the site's eight hundred thousand members support. (Conventions featuring author talks and group "release walks" were held this past summer in Portugal, France, Austria, and Scotland; a North American convention is slated for October in Kansas City, Missouri.)

Indeed, the phenomenon has become so widespread (the term bookcrossing even made it into the Concise Oxford English Dictionary in 2004) that when Pedersen approached Better World Books he found that the BookCrossing community had beaten him there. "Our chief financial officer's wife is actually a very enthusiastic bookcrosser," says Ujda. "For all I know there are other bookcrossers in the company. I haven't actually reached out and said, ‘Hey, can anyone who's a bookcrosser let me know?' I probably should."

Adrian Versteegh is a freelance writer and associate editor of Anamesa. He lives in New York City.

The article on Better World Books is interesting, but leaves out a couple of important points. First, BWB is one of a number of very large, well capitalized companies that has effectively industrialized the used/second-hand book business. They have done so with a combination of capital, cheap labor, an appealing (although misleading) marketing ploy, and ruthless underselling to drive smaller businesses out of the market. BWB spent its first few years flooding the used book market with donated books which they priced at $1. Great fun for buyers, catastrophic for small book businesses--the same dreary old Walmart story. Sure, the industrialization process has happened to every conceivable sector of the world, and the used book business is late in succumbing. But after BWB and other such megasellers finish off small bookdealers and brick & mortar stores, readers and booklovers may have some serious regrets. But it will be too late. The other point missing from the story is the fact that libraries furnish a large portion of the BWB donations. Libraries of all kinds are in fact quietly dumping their print copies in favor of electronic products. That they hand over their books to BWB is represented as a good thing--BWB vs. the landfill. Well, perhaps we ought to be concerned about the fate of these items that were bought mostly with taxpayer money and are now sitting by the millions in BWB warehouses. And what will BWB do with obscure texts that aren't bought in the next year or two for a dollar and change? Is BWB now the guardian of these cultural artifacts in perpetuity? I think not. BWB will very likely do the expedient, businesslike thing and quietly dump them, hopefully out of sight.
X