In a surprising decision out of Stockholm this morning, singer-songwriter Bob Dylan was awarded the Nobel Prize in Literature for, in the words of the Swedish Academy, which administers the prize, “having created new poetic expressions within the great American song tradition.” 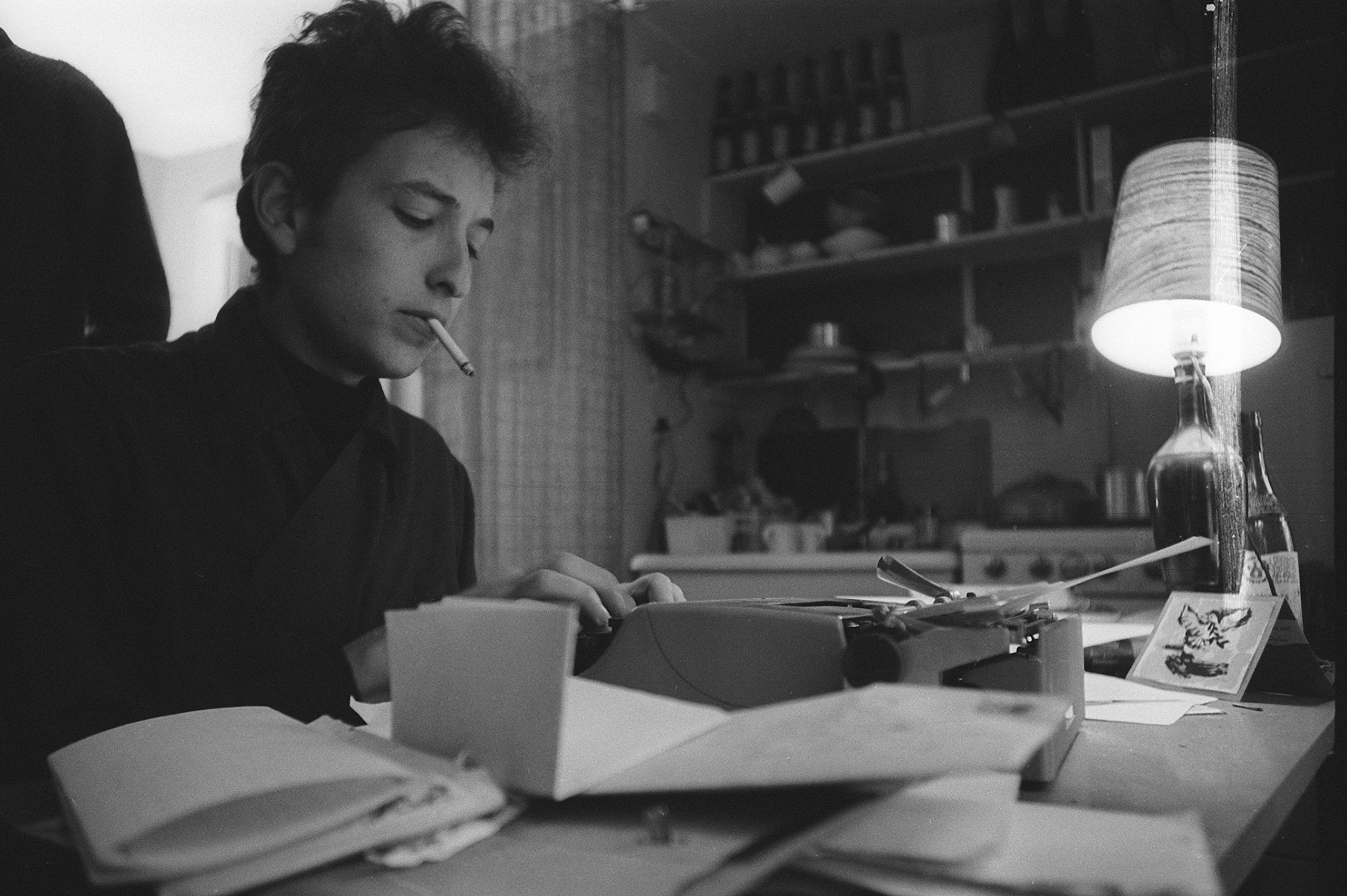 Dylan, 75, is the first musician to win the award, and the first American to win since novelist Toni Morrison, in 1993. The decision comes as something of a shock to the literary world: Although Dylan has been included in prize predictions for the past few years—along with perennial favorites Don DeLillo, Haruki Murakami, Ngugi wa Thiong’o, and the poet Adonis—his chances were considered outside at best, as, some argue, his work misses the mark in the categories that the prize traditionally honors—poetry, novels, and short stories.

In the wake of the announcement, the literary Internet is grappling with this very question. At Literary Hub, Lisa Levy considers Dylan's artistic identity and the “Poet vs. Songwriter vs. Showman” debate. At the Guardian, meanwhile, Richard Williams defends the Academy’s decision, extolling the many reasons why Bob Dylan deserves the Nobel.

Naturally, many writers also took to Twitter as the announcement came in. Salman Rushdie tweeted: “From Orpheus to Faiz, song & poetry have been closely linked. Dylan is the brilliant inheritor of the bardic tradition. Great choice.” Mary Karr also showed support of the decision:

Congrats to Dylan on his Nobel--first American since Toni Morrison. Dangit, good for him! https://t.co/JXGJhFw8QB

Others were not so supportive.

I totally get the Nobel committee. Reading books is hard.

The Washington Post rounds up more writers’ responses to the Nobel decision.

Dylan, who was born Robert Allen Zimmerman in Duluth, Minnesota, in 1941, has written and recorded dozens of albums “revolving around topics like the social conditions of man, religion, politics and love,” the Academy writes. “The lyrics have continuously been published in new editions, under the title ‘Lyrics.’” In addition to his records, Dylan has also produced experimental work like Tarantula, a 1971 collection of prose poetry, and the 1973 compliation Writings and Drawings. The first volume of his autobiography, Chronicles, was published in 2004.

The Nobel Prize in Literature has been awarded since 1901 to writers who have produced “the most outstanding work in an ideal direction.” In that time, 114 writers have received the award. (Only 14 have been women. This year, every Nobel Prize, across all disciplines, went to men.) Belarussian journalist Svetlana Alexievich won last year’s prize; French novelist Patrick Modiano won in 2014; and Canadian short story writer Alice Munro won in 2013. The annual prize carries with it a purse of 8 million Swedish kronor, or approximately $900,000.

In announcing the prize this morning, Sara Danius, a literary scholar and the permanent secretary of the Swedish Academy, called Dylan “a great poet in the English-speaking tradition,” comparing him to Homer and Sappho. When asked if the decision to award the prize to a musician meant an expansion of the definition of literature, Danius responded, “The times they are a-changing, perhaps.”