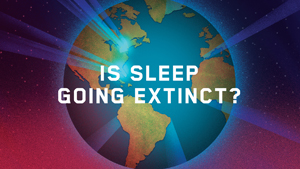 While mainstream publishers typically release the digital edition of a book at the same time as its print counterpart, for most writers, readers, and publishers the emphasis remains (for now) on the physical book. But a new independent press is testing that traditional publishing model. While the newly established Atavist Books still publishes physical books, there’s a twist: The digital edition comes first, with select titles issued as paperbacks one month later.

The new publisher of full-length literary fiction and nonfiction, novellas, and e-singles was born from a partnership with the Atavist, a website created in 2011 to spotlight longer-form journalism and digital design. Atavist Books launched in March of this year with a remarkably successful digital-first book: the novella Sleep Donation by best-selling author Karen Russell, which was reviewed by both NPR and the New York Times, signaling a new benchmark in digital literature’s continued march toward prominence.

Atavist Books was founded by veteran editor and publisher Frances Coady, whose previous work with Granta Books, Random House, Picador, and Vintage attracted the attention of Barry Diller and Scott Rudin, two media-savvy investors who wanted to build a publishing company designed specifically for the digital future. Together, the team envisioned a place where e-books would be the primary focus, rather than an afterthought.

“We are treating digital as a format in its own right, with its own marketing-and-promotion budget,” Coady says, “and not as an offshoot of print.”

As such, Atavist Books focuses much of its attention on details such as the design, packaging, and promotion of digital editions—elements that are often overlooked by traditional publishers, who spend the lion’s share of their time and attention on print. “We think it matters that the digital editions look good,” Coady says.

Many of the press’s books are immersive, involving multimedia and interactive content that would be difficult to translate to the printed page: Hari Kunzru’s memoir Twice Upon a Time, published in May, incorporates music, photographs, recordings, and moving typography. For Russell’s Sleep Donation, the Atavist team created an interactive tie-in website dedicated to the book’s fantastical, fictional world.

While the print editions lack any digital enhancements, similar attention is given to their design; each title—such as the press’s first print release, the novel A God in Every Stone by Kamila Shamsie, forthcoming in August, following its digital release in July—will appear as a large-format paperback, printed on high-quality paper and featuring French flaps. Coady calls them hybrids: paperbacks with the quality usually associated with hardcovers.

Though the digital-first model has been used for some time, albeit almost exclusively for genre fiction, Coady is confident that the approach can work for literary fiction and nonfiction, too. She and the Atavist Books editorial staff currently welcome manuscript submissions from agents, and point out that the press pays its authors a higher royalty rate for e-books than the industry standard, which is typically 25 percent. Coady says she is eager to work with writers who want to take digital work into new territory, and that she looks forward to blending editorial and curatorial skills with technology and to developing more inventive digital marketing and promotional practices to influence the e-book landscape.

“The digital reading experience is in its infancy,” she says, “and it’s full of possibilities.”

Rachael Hanel is the author of We’ll Be the Last Ones to Let You Down: Memoir of a Gravedigger’s Daughter, published in 2013 by the University of Minnesota Press.