Anatomy of Awards: The Numbers Behind Grants & Awards

Each issue of Poets & Writers Magazine includes important information about a growing number of writing contests available to poets, fiction and creative nonfiction writers, and translators—in most issues, we highlight more than a hundred with upcoming deadlines—as well as the recent winners of some of those prizes. Each contest is carefully vetted by our editorial staff to ensure that we only list established prizes administered by trustworthy sponsors, and prizes that we consider worth a writer’s time, money, and effort. Last year we took a close look at the Deadlines section of eighteen issues—those published in 2004, 2009, and 2014—in order to track the changes and trends over the past decade of contest listings.

Of the 358 organizations that sponsored writing contests last year, 121 (nearly 34 percent) were magazines, whereas only 79 (22 percent) were nonprofit organizations. This continues the trend we’ve seen since 2004: a steady increase in the number of magazines running contests (there are twice as many now as there were a decade ago) along with a steady decrease in the number of nonprofits (13 percent fewer than a decade ago). Finally, of the prizes we listed last year, most (42 percent) were open to poets, with fiction writers eligible to enter 35 percent, followed by 21 percent open to creative nonfiction writers, and just 2 percent open to translators.

The charts below further break down the numbers behind Grants & Awards, underscoring the rising number of opportunities available to writers. 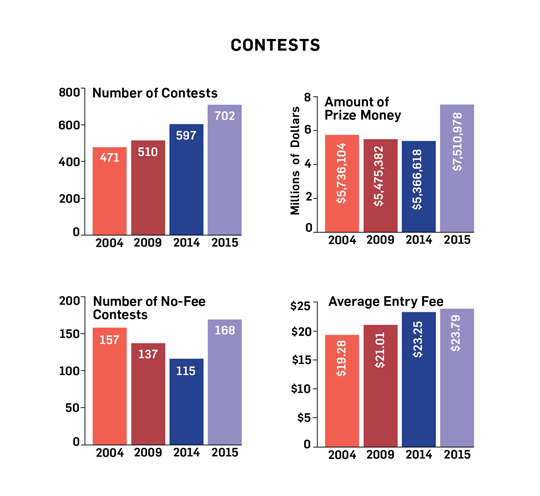 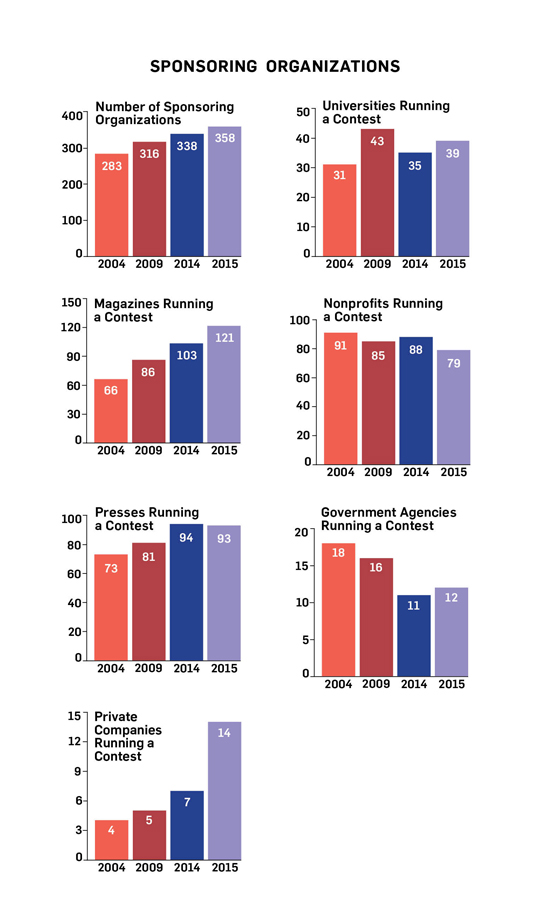