An Indie Alternative to Amazon?

The past few years have been rocky for Chris Doeblin, owner and cofounder of Book Culture, four beloved independent bookstores in New York City. “Before Amazon we had a viable company. I made a decent living in New York City. We bought an apartment,” he says. “Twenty-five years later I’m on the verge of bankruptcy. Our stores can go out of business any minute.” Doeblin’s story is all too familiar to many bookstore owners, and if America’s online book-buying trends—specifically the retail dominance of Amazon—continue as they are, some industry forecasts suggest that the stress on independent bookstores will only increase. 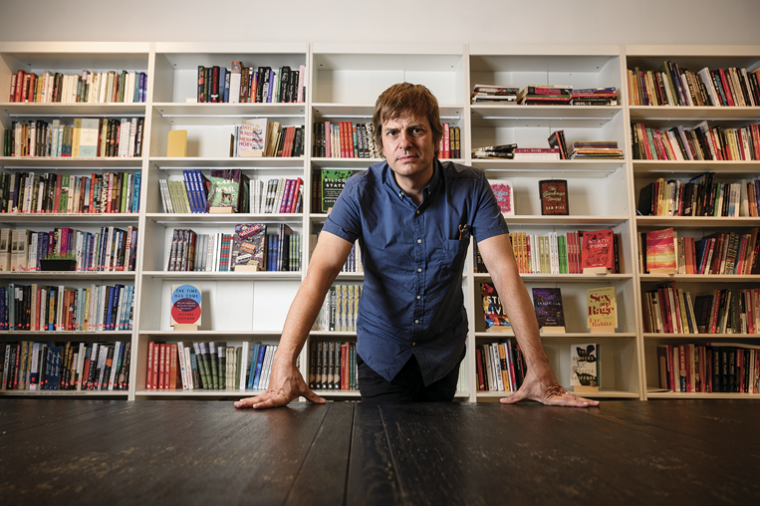 Entrepreneur and publisher Andy Hunter has a new idea for how to reclaim some of the ground lost to Amazon and direct it to support independent bookstores. In January, in collaboration with the American Booksellers Association and Ingram, he and a small staff will launch Bookshop (bookshop.org), a site that will offer indie bookstores, authors, and publishers a way to competitively sell their books online. Bookshop will also enable anyone—from “bookstagrammers” and celebrity book club hosts to book-review editors and authors themselves—to link to a point of purchase for a book without linking to Amazon. Hunter, who is cofounder of Literary Hub, Electric Literature, Catapult, and CrimeReads, hopes the site will provide independent bookstores with “a unified e-commerce strategy that is as fast and user-friendly as Amazon” and, with it, a means of continued survival.

Here’s how Bookshop plans to work: Interested parties will sign up as affiliates with the site. Anyone can be an affiliate, including authors, reviewers, publishers, and media sources. There will be no cost to participate. When affiliates link to a title on Bookshop, they will receive 10 percent of any sales that come from clicking through to Bookshop from their site. (Amazon gives 4.5 percent of sales to their partners). Another 10 percent of sales will go into a pool to be distributed equally among participating independent bookstores semiannually. “For example, if Bookshop’s sales are $4 million in six months, and we have two hundred partners,” Hunter says, “each partner will receive $2,000.” If independent bookstores link to Bookshop—the bigger site promises a larger audience than the shop would connect with on its own, as well as other conveniences—they will receive a 25 percent commission of a sale directly. (Most bookstores typically make 40 to 45 percent when they sell a book online themselves.)

Of the rest of the revenue on a sale, Hunter says the publisher gets about 50 percent, Bookshop gets 5 to 10 percent to cover costs, and the rest goes toward processing and shipping the book. Ingram, the country’s largest wholesaler, will fulfill all orders and provide two- or three-day shipping, customer service, and a competitive return policy. Hunter uses his own experience at Literary Hub to speak to the site’s benefits for its partners: “All publications who review books need affiliate revenue for their coverage. Literary Hub’s network has 3.5 million visitors per month,” Hunter says, “and we don’t have affiliate revenue because we won’t link the books we write about to Amazon. So we’re leaving tens of thousands of affiliate dollars on the table.”

Bookstores with successful online sales platforms, like Powell’s in Portland, Oregon, will likely not participate, and Hunter says Bookshop will do all it can to avoid competing with them. Instead, Bookshop intends to target Amazon customers who are not currently buying from independent bookstores and to direct them there, particularly by working with major media outlets to link to their site rather than to Amazon. “We are actively doing everything we can to drive people to independent bookstores,” Hunter says, noting that every Bookshop receipt will include information about local bookstores based on zip code. When customers log in to Bookshop.org, they can choose to  subscribe to a local bookstore’s newsletter. Hunter posits that if Bookshop captures just 1 percent of the $3.1 billion in annual U.S. book sales going to Amazon, that would represent $31 million, a cut of which would represent a substantial payback to struggling brick-and-mortar stores.

The owner of the Raven Book Store in Lawrence, Kansas, Danny Caine, says he is excited to have a centralized outlet that is not Amazon to which to link. “Anything we can do to resist Amazon and fight back, we’re going to enthusiastically participate in,” he says. “It seems like a tall order to compete with Amazon without competing with indie bookstores, but if they can do it, I’m all for it.”

Doeblin of Book Culture is a little more cautious. “It’s a nice gesture, but I’m skeptical of their ability to produce the results they’re talking about based on the limits of the market,” he says. “Amazon has closed tens of thousands of retail stores in America, and before that, Walmart did the same thing. American consumers shop with price in mind more than anything else. Still, we struggle on because just enough people choose to shop indie and shop local.”

Hunter remains steadfast. “I’m trying to create sustainable models for advocating for the culture that I love and feel indebted to, which is the culture around books. We need to make sure the people selling books are safe and strong.”

Gila Lyons writes about mental health and social justice for the New York Times; O, the Oprah Magazine; Cosmopolitan; Salon; Vox; and other publications. Find her on Twitter, @gilalyons, and on her website, gilalyons.com.

On its surface, the ongoing dispute between Hachette Book Group and Amazon is about the price of e-books, but as more authors and traditional publishers square off against the giant online retailer, which has plenty of defenders of its own, many...

A New Hub for Literary Culture
by Jonathan Vatner | News and Trends 4.15.15

Grove Atlantic and Electric Literature join forces to launch Literary Hub, a new site with an editorial team dedicated to curating the best literature-related writing on the Web.