After the Book Party: Three Paths From Publication

Last year, after we realized that all our fiction debuts would be released within a few months of one another (Alethea’s story collection was due to be published by a commercial publisher, Céline’s novel was scheduled for release by an independent press, and Michelle planned to publish her novel with an independent company she founded herself), we got together to compare notes about everything from working with an editor and choosing a cover to marketing and publicity. Our discussion was published as “Decisions, Decisions: Three Different Paths to Publication” in the July/August 2011 issue of this magazine. 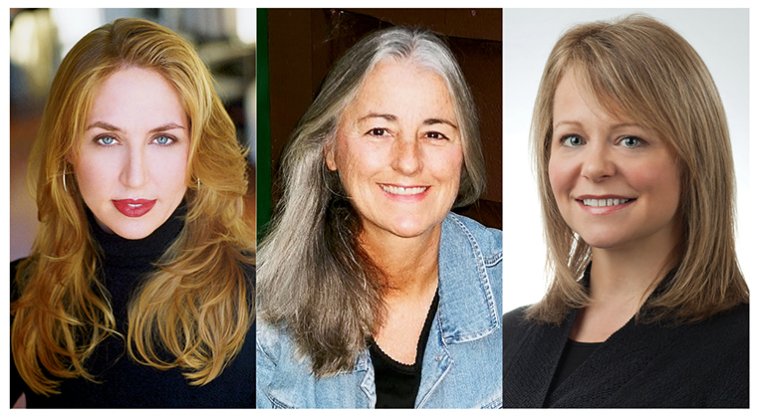 Now, after a year filled with successes and failures as well as constant challenges and continuing rewards, our books have made their way into the hands of readers. A debut novelist once told Alethea that having a first book come out is like lighting a firecracker that doesn’t go off. While having our debuts published was undoubtedly an exciting event in each of our lives, it didn’t happen precisely the way we had planned. Of course we knew there were no ticker-tape parades for published authors, so the three of us arrived at our publication dates with relatively sober expectations; nevertheless, the postpublication journey was full of surprises. Here’s what we learned.

ON AND OFF THE SHELF

Black: I think the greatest advantage to being with a large publisher was the power it had to get my book into the hands of people who could really help. The best thing to happen to I Knew You’d Be Lovely was that it was chosen for the Barnes & Noble Discover Great New Writers program, and the lion’s share of our sales has been from Barnes & Noble. My publisher also made sure to reach out to independent bookstores, and even had me write a personal letter of introduction, which was then enclosed with the ARCs sent to bookstore owners. The most surprising thing my editor did was ask me for a list of “tastemakers” whom I’d like to receive my book. I didn’t understand. “You mean, like Michelle Obama?” I don’t know who ended up receiving surprise copies of the book, but it was encouraging to feel the publisher was going to bat for me.

Toth: As a self-published author, I knew it made no sense to invest time or resources trying to break into bricks-and-mortar bookstores. Traditional publishers dominate that important sales channel because they have the necessary scale, distribution capabilities, promotional dollars, and stra-tegic partnerships, and if that weren’t enough to dissuade me (it was) the very thought of having to manage returns from bookstores would have. On the plus side, these constraints helped to make my strategy clear: Focus on online distribution via e-books and print-on-demand paperback books. With print-on-demand, there is no inventory. The online sale triggers production of the book, which is then shipped to the consumer. For my paperback I used Amazon’s CreateSpace (which will accept and ship orders not just from Amazon but also from other retailers such as BarnesandNoble.com) and for my e-book I used Kindle Direct Publishing in combination with Smashwords, an independent e-book publishing-and-distribution platform that produces e-books in multiple formats, including those for the Kindle, Nook, and iPad.

Keating: My favorite appearance of Layla on a shelf was in the Occupy Wall Street library at Zuccotti Park. As the novel centers on youth activism, this was perfect. One reason I had chosen to go with a small press was because mainstream publishers found the novel noncommercial. I wanted the thrill of seeing it on bookstore shelves, and the chance at serendipitous purchases. Plain View Press lacks a sales-and-marketing staff, and encouraged me to hire a publicist for outreach to independent bookstores. Although this was somewhat successful, most stores that carry Layla are not in New York City, where I live. Still, I get a charge when I do come upon it in libraries and bookstores.

Toth: My goal as an indie publisher is to replicate as closely as possible the way a traditional publisher produces and markets a book, so I hired a publicist who secured reviews and mentions from a number of online sites as well as Library Journal. Annie Begins was a semifinalist in the 2011 Amazon Breakthrough Novel Award, and reaching that round of the contest resulted in a Publishers Weekly review. Having positive reviews lent credibility and support to my indie effort, and likely made bloggers and other reviewers more open to the book. I also had some excellent exposure in Bookmarks Magazine. My luckiest break was being picked up by Amazon for an e-mail promotion that introduced Annie to a much wider audience. I believe this resulted from the combination of being categorized as a genre book (contemporary romance), garnering a lot of early five-star reviews on Amazon, and my decision to price the e-book at $2.99. The only problem was that a few members of the contemporary romance audience would have appreciated a steamier book, and I did generate my first negative reader reviews after that!

Keating: Layla garnered good reviews and articles, was named a Huffington Post pick, and drew invitations to such blogs as the Quivering Pen and Words With Writers. Overall my marketing efforts felt a bit like throwing spaghetti at a wall. I tried giveaways, offering fifteen books each on LibraryThing and Goodreads, where  two hundred and six hundred people signed up, respectively. More than a hundred people added my book to their To Read lists, and sales jumped. A mistake was paying for inclusion on book club sites. Given the huge number of books listed on such sites, I found it’s best to skip them if you can’t also afford an ad. There’s no shortage of work you can do for your book, and it’s hard to choose where to put limited resources. I wish I’d done more personal outreach to book clubs, bookstores, and libraries. But the path to publication is really a path to a writing career. Rather than put much energy into marketing, I focused on my next book.

Black: Reviews are pivotal when it comes to reaching a larger audience, but even a big publisher can’t force anyone to give your book coverage; in fact, I know a couple of reviewers who feel it’s a turn-off when a book is pushed on them too aggressively. I was up against some steep odds—paperback original, first book, short stories—and I did not get a lot of ink. In fact, one of my reviewers opened by saying she was surprised the book wasn’t being given more attention. Now that I’ve seen how things played out, I do think I might have benefited from an outside publicist. But at the time, I couldn’t justify the cost; I figured I should get health insurance before I got a publicist.

Toth: I did readings and events in only three cities: Boston, New York, and San Francisco. I had a launch event cohosted by Harvard Book Store (where Annie is available on the Espresso Book Machine) and Grub Street, Boston’s independent writing center. It drew an overflow crowd, and I sold all my preprinted copies (which felt good but is really a rookie-publisher mistake, as my writer friends pointed out). I did a round of literary festivals and book clubs—for Annie and also on the topic of self-publishing. I found that Skype book clubs can be a blast, and that when you figure out your core audience and connect directly with it, there’s nothing better. I could have done more and, as an extrovert, would have enjoyed it, but the demands of my day job had increased thanks to an unexpected promotion, and it was a struggle to do just the basics. This is an inherent challenge for any writer with a day job—and surely any self-published writer.

Black: I wanted to take the show on the road, and at one point told my in-house publicist that if she’d book the events, I’d pay the expenses myself. But no events were booked; book tours don’t seem to happen these days, even at a big publisher, unless you’re already well known. Of course, there’s a reason for that: Such efforts don’t typically have a large impact on sales. Nevertheless, I love to give readings—I love the smell and the feel of bookstores, and I love talking to book people—so I put together a small tour myself. You know the Onion headline “Author Promoting Book Gives It Her All Whether It’s Just Three People or a Crowd of Nine”? I drove from New York City to Chicago to give a reading to about twelve people. But the math of finding your audience isn’t linear, and even if you read to only two people, one of them might host a radio show, or be an influential blogger, or fall in love with your book and buy copies for friends.

Keating: At first I considered asking friends to be my public-speaking avatars, as I’m an introvert—but I knew readings would be one of the best ways for Layla to reach readers. Unlike Alethea, I live in dread of a small audience and put in enormous effort to make sure good crowds showed up at every venue. My first event was at Montauk Bookshop on Long Island, where I spend weekends. Although my husband embarrassed me by papering the town with flyers and telling everyone he ran into about the event, that personal touch really paid off. It was the bookstore’s biggest crowd ever, and the owner’s enthusiasm garnered some terrific press coverage after the fact. With personal postcards, e-mails, and Facebook invitations, my book-launch party in New York City was packed to overflowing. Then the timing was right for an official tour—vacation road trip! I traveled throughout the Northeast, where friends generously hosted events and lined up readings. By the fall, bookstore owners, book clubs, and librarians who had actually read Layla were sending me invitations to read, attend book club meetings, and even run a writing workshop. One of the most memorable events was reading with Alethea and Michelle at the Cornelia Street Café in Manhattan. There’s nothing like combining forces with writer friends to fill a space, not to mention to share the anxiety—and the wine.

Three debut authors compare notes about everything from working with an editor to choosing a cover.