A Public Space Expands to Books

In 2015 Brigid Hughes, the editor of the literary magazine A Public Space, was browsing the dollar bin at Manhattan’s Housing Works Bookstore Café when she came across W-3, a book written by Bette Howland and published in 1974. Howland’s name didn’t ring a bell, but a glowing blurb from Saul Bellow (“admirably straight and thoughtful, tough-minded but full of powerful feeling”) graced the book’s back cover. While reading W-3, a memoir about Howland’s stay in a Chicago psychiatric ward after an overdose, Hughes was drawn to the book’s observations, feistiness, and spirit. She researched Howland—who is alive but has dementia—and contacted her son Jacob, who not only showed Hughes some of his mother’s unpublished work, but also unearthed a safe-deposit box full of nearly thirty years’ worth of letters and postcards from Bellow, who had been Howland’s lover, mentor, and friend. 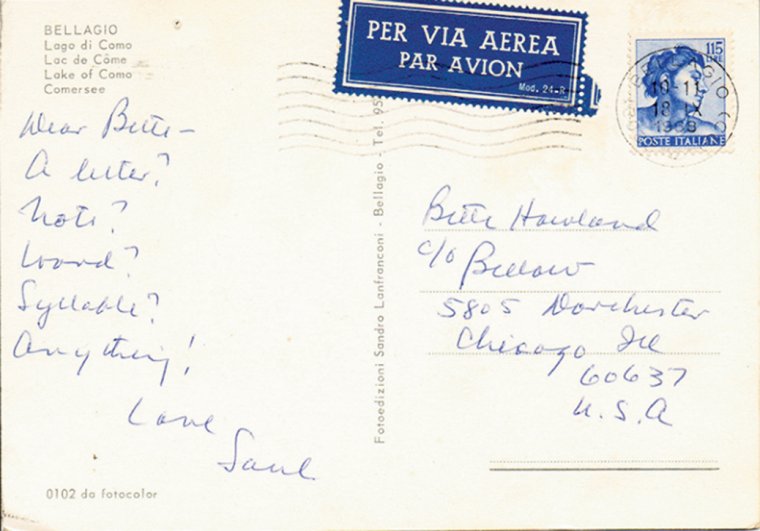 Inspired to share this newly discovered trove of Howland’s work, Hughes published a selection of it in the Fall 2015 issue of A Public Space, the literary magazine she founded in 2006 in Brooklyn, New York. But she didn’t stop there. Hughes also saw Howland’s work as an opportunity to launch a project she and the editors of A Public Space had been considering for some time: a books division. Announced in October, APS Books will publish three to four titles each year, starting with an anthology of Howland’s work, and, like the magazine, will shine a light on unique, nontraditional work that might otherwise have been left in the dark. “Discovering [Howland’s] portfolio made us think about that generation of women who had been overlooked,” Hughes says. “In some cases the writers retreated from public attention. In some cases they sought it and didn’t achieve it.”

Scheduled for a release in the late summer or early fall of 2018, the Howland anthology will bring together autobiographical stories from the author’s two published collections, Blue in Chicago (Harper & Row, 1978) and Things to Come and Go (Knopf, 1983), with previously uncollected and unpublished work. The editors will follow the anthology with two books in late 2018 and early 2019: an adaptation of a creative manifesto by the English filmmaker Sally Potter that was published in 2014 in the United Kingdom, and a collection of journals, letters, and other archival material by artist Dorothea Tanning, along with commentary by other artists and writers.

Hughes hopes the APS Books list will include a wide-ranging mix of translations, debuts, and works by forgotten authors—any materials that the editors think deserve to be surfaced and that might not find a home at a traditional publisher. “It’s always been the case that the most interesting work is found at the periphery,” she says, “where the edges are a little jagged, before those singularities have been smoothed out.” While the editors acquired the first set of titles, they will host an open reading period each year, starting in mid-2018.

Acclaimed writer Yiyun Li, a contributing editor of A Public Space, says APS Books will favor literature that doesn’t fit into a category and can’t easily be classified as fiction or nonfiction. “Bigger publishers have their goals, their markets,” she says. “With the writers we publish, you can’t really say they are a cross between this and that. These unique writers deserve a chance to be read.”

Jonathan Vatner is a fiction writer in Brooklyn, New York. His novel, The Chelmsford Arms, is forthcoming from Thomas Dunne Books in Fall 2018.