In 1927 Harry Schwartz opened Casanova Booksellers and Importers on Downer Avenue in Milwaukee. Ten years later he bought out his partner, Paul Romaine, moved the store downtown, and renamed it Harry W. Schwartz Bookshop. Over the next seventy-two years, the independent bookstore would operate as many as six branch locations in southeastern Wisconsin and northern Illinois, all the while remaining family owned and managed. In 1972, Harry’s son, A. David Schwartz, took over the business. And when David died, in 2004, David’s daughter, Rebecca Schwartz, and his wife, Carol Grossmeyer, retained ownership until the remaining four stores finally closed in March 2009. 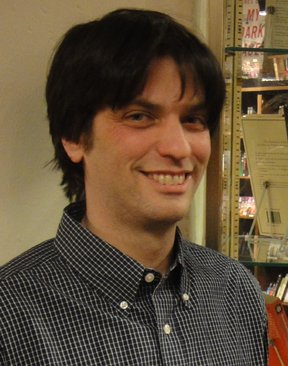 During its many years in business, the iconic bookstore was notable not only for its longevity but also for its strong opposition to censorship. In the 1960s, under Harry’s stewardship, the store stocked titles like Ulysses and Tropic of Cancer, despite the fact that they had been deemed legally obscene. Similarly, even before David was running the business, he was an early proponent of civil rights, and years later he also took a prominent and vocal position against the section of the Patriot Act that could force bookstores to turn over customer records of book purchases to the government. Because of his long-standing advocacy, as well as his record of charitable giving, in 2004 Publishers Weekly honored Schwartz with its Bookseller of the Year Award. Yet, despite these laurels and the store’s lauded history, the business could not weather the recent economic storm.

However, the spirit of bookselling that Schwartz embodied hasn’t disappeared from the Milwaukee area. The Promethean fire has simply been passed on. Lanora Hurley, who once managed Schwartz’s Mequon, Wisconsin, branch, bought the store and reopened it as Next Chapter Bookshop in April 2009. That same month, Daniel Goldin, who worked as Schwartz’s longtime book buyer, reopened the Downer Avenue location as Boswell Book Company, named after James Boswell, the eighteenth-century British biographer, whose image graced the Schwartz logo, which Goldin retained for his store.

Downer Avenue is located in a diverse area of the city—close to both the University of Wisconsin in Milwaukee and Lake Michigan. As such, it’s also home to multimillion-dollar lakefront mansions and cheap college rental houses, beautiful Arts and Crafts homes and college dorms. So the two-block commercial strip where Boswell is located—a mix of boutiques, trendy pubs, hip coffee shops, an independent theater, and a locally owned hardware store—is the hub where the lives of many different kinds of people intersect.

Goldin’s tastes as a bookseller—and the selection at Boswell—are just as eclectic. His interests range from urban planning to personal finance, fiction to photography, and he’s as comfortable talking about Cheever as children’s books. Likewise, the floor plan of the eight-thousand-square-foot store is almost completely open. There are comfortable nooks along the periphery, and the children’s room has its own area, but otherwise you can survey the broad expanse of the store from nearly any spot. This does not mean that the store feels overwhelming, however. Quite the contrary—it draws you in, and you soon find yourself winding past antique library card catalogues that display books about birds, and spindly legged side tables featuring literature about Africa. This is another characteristic of Boswell: Every part of the store feels cared for and hand selected; in every corner is an oddity or surprise you could easily miss. You come to a store like this to find what you didn’t realize you were looking for.

The same could be said for Goldin’s experience of Milwaukee. He grew up in New York City, majored in mathematics at Dartmouth College, and got interested in advertising after working at a college radio station. In the early 1980s, he took a job as a publicist for Warner Books. But after four years he felt he needed a break from Manhattan, so he decided he would move to a Midwestern city where he could spend one year learning about publishing from the other side of the business—from the booksellers themselves.

That city turned out to be Milwaukee, chosen in large part by a chance encounter that Goldin had with Schwartz’s then-manager, John Eklund, during a February 1986 visit. Eklund was putting out a new book by Andrew M. Greeley that day, and Goldin happened to be the author’s publicist. The two men struck up a conversation, which eventually led to a job offer. And in April of that year, Goldin moved. He never went back to publishing. His work as a bookseller turned into a job as David Schwartz’s assistant, and eventually he became the book buyer for the business, a position he would hold for more than two decades.

Like his store, Daniel Goldin is quirky and kinetic and whimsical. He is quick to laugh, and talks with the enthusiasm of someone who can’t wait to tell you about something new he’s discovered. For half an hour prior to our conversation, he led me through the store, pointing out changes he’s recently made and plans for those he hopes to accomplish during his second year of business. Goldin is both giddy and nervous about the future, ever aware of the tenuousness of his profession. Yet he is boundlessly hopeful, too.

But more than anything, Goldin is obsessed—a word he likes to use frequently—with books and book-selling. In particular, he is obsessed with the way in which the perfect book finds its way into the perfect person’s hands. Whether in the store or on his blog, this thought is never far from his mind. In that way, he is something of a matchmaker. And nothing makes him happier than making connections for his customers.