Erika Lutzner believes poetry literally saved her life. In 2001, as a thirty-four-year-old chef, Lutzner began penning poems as eulogies for her husband, Jon Grabowski, who was killed in the World Trade Center attacks. Family and friends, who had watched her shed twenty pounds in less than a month after her husband's death, suggested writing as a way to reengage herself with life. Eight years later, on September 11, 2009, Lutzner—now an MFA student at New England College—opened another channel of literary outreach when she launched New Poets for Peace (www.newpoetsforpeace.com), the New York City branch of Poets for Peace, a grassroots group that for the past decade has held free, donation-optional readings across the country to raise funds for international relief organizations such as Doctors Without Borders and Survivors International. 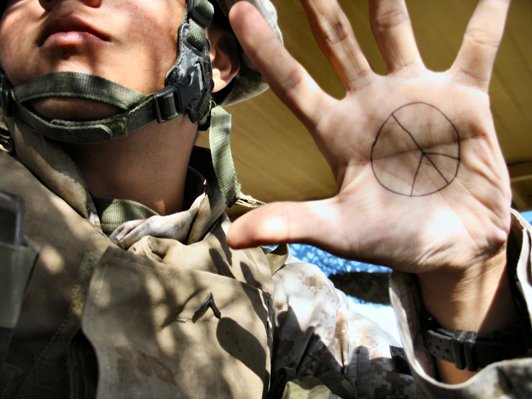 Lutzner, who has also founded a reading series of her own—Upstairs at Erika's—as well as the literary magazine Scapegoat Review, was selected to serve as the new director of Poets for Peace and head up its New York City readings by her former mentor and the organization's original founder, Ilya Kaminsky. The author of Dancing in Odessa (Tupelo Press, 2004), who at age sixteen moved to the United States from Ukraine as a political refugee, Kaminsky established the group in 1997 with attorney Paloma Capanna as a response to the Balkan wars. The goal of Poets for Peace, then based in Rochester, New York, was to raise funds to assist refugees from the former Yugoslavia in finding shelter in the United States.

After the September 11 attacks, Poets for Peace broadened its scope and began to hold readings in cities across the country; its message focused on promoting peace throughout the world. "People were really tired of sitting in front of their televisions and watching the burning towers for days on end," Kaminsky says. "They wanted to do something, to help."

The group began hosting events in Austin, Texas; Boston; Chicago; Los Angeles; New York City; San Francisco; Washington, D.C.; and elsewhere—not only to raise funds for humanitarian initiatives but also to get poets talking about how best to address human suffering: Is political discourse antithetical to art? Are poets allowed to write about atrocities they haven't suffered personally? Are poets required to write about these things, speaking for those who don't have voices?

Jim Schley, a poet and editor involved in the organization's beginnings, says these types of conversations rarely occur in American poetry circles. "There's this strange American perception that political discourse and concepts and chronicling is antithetical to art, but for people from other parts of the world, where some of the greatest artists of the twentieth century were deeply involved in politics, this is just an inexplicable idea."

Kaminsky believes that while such conversations are important, he doesn't feel poets should write—or be asked to write—for or against any political topic or event. Writing "is a very private, magical process," he says. "I write what I want. That is my freedom." But that doesn't mean the work of a writer should be done in a vacuum. "Whatever poetic aspirations or interests one may have, one first of all is a human being, and that carries a responsibility to other human beings," Kaminsky adds.

Though some still believe that Lutzner should respond to her own loss by advocating war, she says she's dedicated to promoting peace through poetry—and the presence of those who attend her events, some of whom offer their poetry and even their funds, contributes to the effort. "The goal of New Poets for Peace is that poets become aware that others are suffering, and that we don't have to sit by and do nothing," she says. "We can all make a difference, even in the smallest way, through our art."

Shell Fischer is a Brooklyn, New York-based freelance writer. The initial chapter of her completed first novel, "The Joy of Mom," won the 2009 Bronx Center for the Arts Chapter One Award.