New York, NY – April 25, 2019 – Joy Harjo has won the 2019 Jackson Poetry Prize. The prize, endowed by John and Susan Jackson, is awarded annually by Poets & Writers to an American poet of exceptional talent who deserves wider recognition. It carries a significant monetary award, increased this year to $65,000, and aims to provide what poets need: time and encouragement to write.

Upon learning that she had been selected as this year’s Jackson Poetry Prize winner, Harjo noted that she was particularly pleased to receive an award from Poets & Writers. “Poets & Writers has accompanied me on my whole journey to becoming a poet and a writer,” she said.

The three judges—poets Ada Limón, Alicia Ostriker, and D. A. Powell—selected Harjo from a group of twenty nominees who, in turn, were nominated by twenty poets. Nominees and nominators remain anonymous. The judges issued a citation that reads, in part:

Harjo’s work speaks not only to the world we live in, but to the unseen world that moves through us, the thread that has connected us all from the start…. Harjo’s poems embody a rich physicality and movement; they begin in the ear and the eye, they go on to live and hum inside the body…. Throughout her luminous and substantial body of work, there is a sense of timelessness, of ongoingness, of history repeating; these are poems that hold us up to the truth and insist we pay attention. 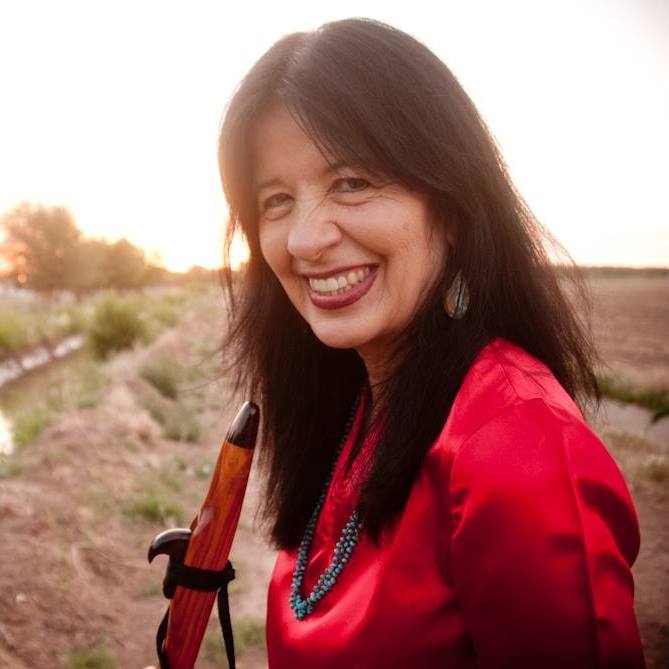 Joy Harjo’s ten books of poetry include Conflict Resolution for Holy Beings, How We Became Human: New and Selected Poems 1975–2001, and She Had Some Horses. Her new collection, An American Sunrise, is forthcoming from W. W. Norton in September. Harjo’s memoir, Crazy Brave, won several awards, including the PEN Center USA Literary Award for creative nonfiction and an American Book Award. Her many honors include the Ruth Lilly Poetry Prize from the Poetry Foundation, the Wallace Stevens Award from the Academy of American Poets, the William Carlos Williams Award from the Poetry Society of America, a Guggenheim Fellowship, and a United States Artists Fellowship. In 2014 she was inducted into the Oklahoma Writers Hall of Fame. A renowned saxophonist and vocalist, Harjo performs both solo and with her band, the Arrow Dynamics, in the United States and abroad. She has recorded five award-winning albums, including Red Dreams, A Trail Beyond Tears and Winding Through the Milky Way, which won a Native American Music Award for Best Female Artist of the Year in 2009. She also performs a one-woman show, Wings of Night Sky, Wings of Morning Light, which Wesleyan University Press published as a book in January. She is working on a musical titled We Were There When Jazz Was Invented, which will revise the origin story of blues and jazz to include southeastern Native music. Harjo is the recipient of a Tulsa Artist Fellowship and lives in Tulsa, Oklahoma. She is an enrolled member of the Muscogee Creek Nation.

Poets & Writers will host a reading and reception in honor of Joy Harjo in New York City on June 17. For more information, visit pw.org.

Poets & Writers has been the primary source of trustworthy information, professional guidance, support, and inspiration for writers for nearly fifty years. Our work is rooted in the belief that literature is vital to sustaining a vibrant culture. We focus on nurturing literature’s source: creative writers. Our mission is to foster the professional development of poets and writers, to promote communication throughout the literary community, and to help create an environment in which literature can be appreciated by the widest possible public.  Learn more at pw.org.