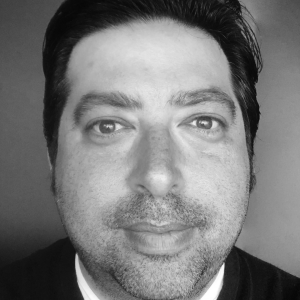 Tod Goldberg is the New York Times bestselling author of over a dozen books, including The Low Desert (named Southwest Book of the Year), Gangsterland (a finalist for the Hammett Prize), Gangster Nation, The House of Secrets (which he co-authored with Brad Meltzer), Living Dead Girl (a finalist for the Los Angeles Times Book Prize), and the popular Burn Notice series, three times a finalist for the Scribe Award. His books have been published in a dozen languages and around the world and were twice named a finalist for the VN international Thriller of the Year Award.

His short fiction has been collected in three volumes — Simplify, which won the Other Voices Book Prize and was a finalist for the SCBA Award, Other Resort Cities, and his latest book, The Low Desert: Gangster Stories — and has been widely anthologized, including in Best American Mystery & Suspense. His nonfiction has appeared in numerous publications, including the Los Angeles Times, USA Today, and the Wall Street Journal, among countless others, and has earned five Nevada Press Association Awards for excellence, while his essay “When They Let Them Bleed” was selected for Best American Essays. For his body of work, Tod was honored with the Silver Pen Award from the Nevada Writers Hall of Fame.

In addition to his work on the page, Tod is also the cohost of the podcast Literary Disco, along with Julia Pistell & Rider Strong, which has been named a top podcast by the Washington Post, The Guardian, Mashable, and even Good Housekeeping.

Tod Goldberg holds an MFA in Creative Writing & Literature from Bennington College and is a Professor of creative writing at the University of California, Riverside where he founded and directs the Low Residency MFA Program in Creative Writing and Writing for the Performing Arts. He lives in Indio, CA with his wife, Wendy Duren.

Gives readings:
Yes
Travels for readings:
Yes
Identifies as:
Jewish, White
Prefers to work with:
Any
Born in:
Berkeley
Raised in:
Walnut Creek, CA
California
Please note: All information in the Directory is provided by the listed writers or their representatives.
Last update: Aug 31, 2022
X