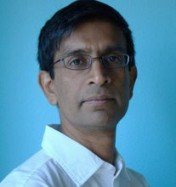 Sasenarine Persaud is an essayist, novelist, short story writer, and poet. He is the author of ten poetry collections, two novels, and a book of short stories. His most recent books are: Love in a Time of Technology (2014); Lantana Strangling Ixora (2011); and In a Boston Night (2008).

His latest book, Monsoon on the Fingers of God will be published in 2018.

Persaud’s awards include: The KM Hunter Foundation Award (Toronto); fiction and poetry awards from the Ontario Arts Council and the Canada Council for the Arts and a fellowship from Boston University. His poetry has been nominated for the Canadian National Magazine Award and the Forward Prize in the UK. He is the most established and critically acclaimed Indo-West-Indian poet writing in the US.

He has been described as “one of those rare poets who gets the recipe of humanness exactly right” (Emily Ward, Canadian Literature); and his poetry as “miniature raags, sensuous units of Indian music obeying conventions mysterious to western ears” (Fraser Sutherland, The Globe and Mail). Mitali Wong and Syed Hassan in their book, The English Language Poetry of South Asians: A Critical Study (2013) notes that “allusions to Hindu philosophy, mythology, and religious practices make Persaud a powerful voice for bicultural diaspora South Asians in North America and the Caribbean…”

Persaud describes his aesthetics as Yogic Realism, and Yogic Realism and his work has been the subject of a PhD dissertation.

His work is widely anthologized and has appeared in The Oxford Book of Caribbean Verse and The Oxford Book of Caribbean Short Stories and in such publications as: A World of Poetry for CSECR (Hodder, 2017); Give the Ball to the Poet: A New Anthology of Caribbean Poetry (Commonwealth Education Trust, 2014); Beyond Sangre Grande: Caribbean Writing Today (TSAR, Toronto, 2012); The Bowling Was Superfine: West Indian Writing and West Indian Cricket (Peepal Tree, Leeds, 2012); A Rainbow Feast: New Asian Short Stories (Marshall-Cavendish, Singapore, 2010); Concert of Voices: An Anthology of World Writing in English (Broadview, Peterborough, 2009); Anthology of Colonial and Post Colonial Short Fiction (Houghton Mifflin, Boston & New York, 2007); The Journey Prize Anthology: short fiction from the best of Canada’s new writers (McClelland & Stewart, Toronto, 1997); The Heinemann Book of Caribbean Verse (Heinemann, London, 1992); Another Way to Dance: Contemporary Asian Poetry from Canada and the United States (TSAR, Toronto, 1996); and Caribbean New Voices (Longman, London, 1995).

Persaud was born in Guyana and has lived in Canada for several years. He resides in Florida.

What I'm reading now:
Howard's End by E.M. Forster, The Complete Works of Primo Levi by edited by Ann Goldstein

Gives readings:
Yes
Travels for readings:
Yes
Prefers to work with:
Adults
Fluent in:
English
Born in:
Georgetown
Please note: All information in the Directory is provided by the listed writers or their representatives.
Last update: Apr 16, 2017
X