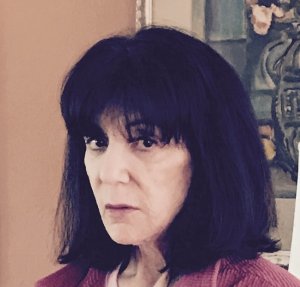 In late 2017 Patty Friedmann was the only woman to receive the prestigious ALIHOT (A Legend In His/Her Own Time) Award at the William Faulkner Conference. Patty has been called “the greatest New Orleans writer of the last quarter century” and is known for her darkly comic voice. She has written a dozen literary novels and received numerous awards.

Best known for her prize-winning 2002 novel Secondhand Smoke (Counterpoint and Berkley Penguin), she also is the author of the perennial Amazon e-bestseller Too Jewish, which has been adapted for film. An earlier novel published by Viking Penguin, The Exact Image of Mother, was re-released as its sequel Too Jewish: the Next Generation, both from booksBnimble. Closing out the Jewish trilogy is Do Not Open for Fifty Years in both electronic and print format from BBN. BBN has reissued as e-books several Friedmann novels that had appeared in print: Pick-Up Line (formerly Side Effects from Counterpoint) which almost was lost in 2006 in the wake of Hurricane Katrina; A Little Bit Ruined (Counterpoint); Secondhand Smoke, Eleanor Rushing, Odds (all Counterpoint); and Too Smart to Be Rich, humor (New Chapter Press), syndicated by the New York Times. Right after Katrina she wrote two YA novels, No Takebacks and Taken Away (TSP).

Patty's latest novel is An Organized Panic (Old Stone Press), another of her edgy, darkly humorous, New Orleans-set literary works. The manuscript took second place out of 406 entries in the novel category of the Faulkner/Wisdom literary competition in 2012. Last year she released a collection of her best short stories titled Where Do they All Come From? (Sartoris Literary).

In 2001-2002, she was writer-in-residence at Tulane University. Patty has reviewed for Publishers Weekly, Brightleaf, Short Story, and the Times-Picayune; her short stories have appeared in Horn Gallery, Short Story, LaLit, Xavier Review, and elsewhere; and she has had essays in Newsweek, Oxford American, Speakeasy, and New Orleans Review. Stage productions under the direction of Carl Walker are The Accidental Jew and Lovely Rita. She was included in The Great American Writers Cookbook and Christmas Stories from Louisiana in 2003, as well as in the collections My New Orleans in 2005, Intersections in 2006, Life in the Wake and New Orleans Noir in 2007, and Something in the Water in 2011.

She has had two husbands, two children, and three grandchildren, and she currently lives with an annoying philodendron.

Favorite authors:
Hurricane Katrina gave me adult-onset ADHD: I almost never read anyone other than myself--and I'm work. But I have friends with whom I can recite dialogue from HERB GARDNER's A Thousand Clowns, so I guess his words on paper are my all-time favorites. Of course Salinger's his vintage if I want to go back to when I could handle more complexity.
What I'm reading now:
50th Reunion 2018 Our Journey Continues by Smith College Class of 1968