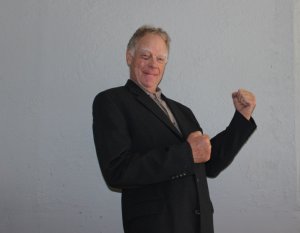 1967-1968—begin crisscrossing the country by thumb, by car, or flying student standby when money was handy, spending time playing in a rock band in L.A., living in San Francisco during the Summer of Love, and working at La Cave in Cleveland during the time of the Glenville Shootout. Gathering material.

1971—emigrated to England to break into music business. Took a 1932 National steel guitar and played the country blues. Began a first novel there, surrounded by the Queen’s English as well as the various London dialects, walking the streets that had seen many writers doing the same.

1973—became a letter carrier for the USPS, retiring 28 years later. Route 816 was just south of Wichita State University, which meant both students and faculty lived on it. Had it for 13 years before transferring to collections. This is one of the best ways to encounter people and to watch children grow up.

1982—played bottleneck slide on a Tricone National guitar backing up James Lee Burke when he played his old Gibson at a Ground Zero Nuclear Protest in April. Later, did graduate work in creative writing under him at Wichita State. He was a socially conscious gentleman who treated all writers with understanding.

1996-97—take part in the Folk Arts Apprenticeship Program (Blues), Kansas Historical Society. Apprenticed to an old bluesman, Harmonica Chuck. Lots of stories came out of performing with his band.

1997—start Rowfant Press, publishing regional history. After a total of 10 books, I sell the company in 2019.

2003—member of Art and Design Board, City of Wichita,

2004—board of directors Local 297 American Federation of Musicians

2015—interview Dr. Schuyler Jones C.B.E. and am enrolled as an Associate in the Royal Photographic Society for my dissertation. Copy of included in the archives of the Pitt Rivers Museum, Oxford University

2019-Present—begin the Wichita Old Neighborhoods Project, 100 interviews of people who grew up in the city, 1930s-1960s. Application of social geography to the findings will result in a case study.