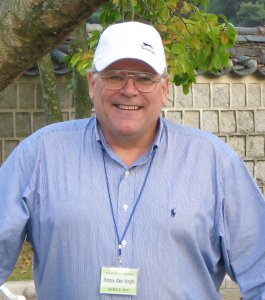 I grew up in Southeast Texas, mostly in the Big Thicket. Graduating from high school in Sour Lake, 1971, I struggled for a year with independence and free will, eventually joining the Army and spending over two and a half years in Asia. In 1975, I began classes at Lamar University, and I finished with a Master’s degree in English by May 1984.

I wrote and had accepted the first creative thesis of poems at Lamar. In the process I garnered forty-five Pulse publications with ten awards, winning top honors three times. One of my most recent publications is in Goodbye, Mexico: Poems of Remembrance. I have three appearances in the Texas Poetry Calendar—2006, 2007, and 2013. I published a prose piece and ten poems in the Langdon Review of the Arts in Texas, Volume 3. I have a poem in the anthology of Texas Weather, and I usually have a few more poems submitted for publication. Also, I have a book of 100 poems, For a Fish to Soar, published independent and available on Amazon.com.

In 2007 I made an effective two and a half year spiritual sojourn to South Korea to teach English and to gain personal insight for Buddhism, visiting over thirty temples several times each, some located within cities but most nestled into or atop mountains. Since returning home I have given readings, six at the Baylor University House of Poetry.

My main interests stem from having been raised in the Big Thicket. I love nature, and I have a subsequent appreciation for Taoism and Buddhism. My favorite locales include beaches, mountains, streams, creek beds with sand bars, and forests. I have a special place in my heart for pastures with livestock and for critters in general.

I now live in my Silsbee, Texas home. Being disabled, I no longer travel a great deal, but I still write when the urge strikes. I read a lot, and I play some video games. I may put together a second book of poems. That seems feasible.

Gives readings:
Yes
Travels for readings:
Yes
Identifies as:
American
Prefers to work with:
Any
Fluent in:
English
Born in:
Beaumont, TX
Texas
Raised in:
The Big Thicket portion of Hardin County, TX
Texas
Please note: All information in the Directory is provided by the listed writers or their representatives.
Last update: Oct 26, 2019
X