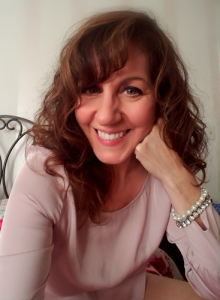 Noreen Lace spent her youngest years in an area of Cleveland known as Collinwood before moving to the West Side of the city, the location of which is the inspiration behind West End. She spent much of her time writing in order to avoid the chaos the city streets dispensed. A few of her high school years were spent in the suburbs. The dichotomy between the city and the suburban life provided her with deep insights that manifest throughout her narratives. The strife of home life encouraged her to head for the sunshine of the West Coast. As a college student, she married and divorced before graduation; Noreen Lace received an MA and an MFA from California State University (while raising two children and working two jobs). Her fiction, poetry, and memoir exude the complexity of situations she's faced as well as the challenges she's overcome. They are rich in detail, diffused with empathy, and poetically written. Noreen Lace believes in the beauty of language to express the deepest, darkest parts of our beings. Her fiction and poetry have appeared in a number of national as well as international literary journals, among them The Chicago Tribune's Printers Row journal, The Oleander Review, Number Eleven Magazine. Pilcrow and Dagger, Vine Leaves Press, as well as others. Her poem "All at Once" was a finalist in Medusa's Laugh's contest. And her Memoir "Memorial Day Death Watch" was a finalist for Writer Advice. Noreen Lace has been an invited guest lecturer at various writing groups, as well as an invited reader at a number of local poetry events. She has also given lectures on Edgar Allan Poe: contexts, contributions, and influences. Her novellas, West End and Life of Clouds, feature characters whose lives have been affected by elements outside their control with the protagonists struggling to find their own power. Namas-Cray is her latest book of short stories which show her ironic and sardonic sense of humor.

How to Throw a Psychic a Surprise Party - July 2019

“The Conspiracy of Memory.” Conspiracy Theories. Pilcrow and Dagger. July 2017. /

“How to Throw a Psychic a Surprise Party.” The Oleander Review. April 2017. /

Gives readings:
Yes
Travels for readings:
Yes
Prefers to work with:
Any
Fluent in:
English
Born in:
Cleveland, OH
Ohio
Raised in:
Los Angeles
Please note: All information in the Directory is provided by the listed writers or their representatives.
Last update: Feb 09, 2021
X