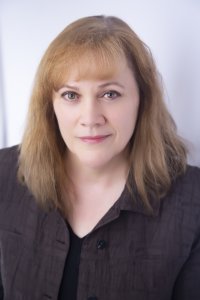 Lori Hahnel is the author of the novels Love Minus Zero and After You’ve Gone as well as a story collection, Nothing Sacred, which shortlisted for an Alberta Literary Award. A new collection of short fiction, Vermin and Other Stories, is forthcoming in Fall 2020. Lori’s work has been published widely in journals in North America, Australia and the U.K.; her credits include CBC Radio, The Fiddlehead, Joyland and The Saturday Evening Post.

2013    “Good Friday, at the Westward”, Alberta Magazine Award nomination by The Prairie Journal

2007    “This is a Test”, Million Writers Award nomination by The Menda City Review; chosen as a Notable Story of 2006

2005    “We Had Faces Then”, second place, Alice Munro Festival of Writing Contest

2002    “Rain in December”, Journey Prize nomination by The Amethyst Review

Gives readings:
Yes
Travels for readings:
Yes
Please note: All information in the Directory is provided by the listed writers or their representatives.
Last update: Apr 16, 2020
X