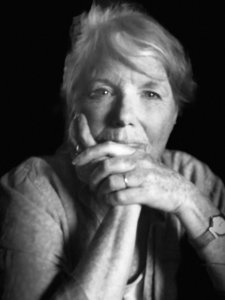 Lesley Bannatyne is an American author who writes extensively on Halloween, especially its history, literature, and contemporary celebration.  She also writes short stories, many of which are included in her debut collection Unaccustomed to Grace, coming out from Kallisto Gaia Press in March, 2022.

One of the country's foremost authorities on Halloween, Bannatyne has shared her knowledge on television specials for the History Channel ("The Haunted History of Halloween," "The Real Story of Halloween"), with Time Magazine, Slate, National Geographic, and contributed the Halloween article to World Book Encyclopedia. In 2007, she and several compatriots set the Guinness World Record for Largest Halloween Gathering, a title they held until 2009.

Lesley has written five books on Halloween, ranging from a children's book, Witches Night Before Halloween, to  Halloween Nation, which examines the holiday through the eyes of its celebrants. The book was nominated for a 2011 Bram Stoker Award. Her other titles are A Halloween How-To. Costumes, Parties, Destinations, Decorations (2001); A Halloween Reader. Poems, Stories, and Plays from Halloweens Past (2004), and Halloween. An American Holiday, An American History, celebrated 25 years in print in 2015.

Her fiction and essays have been published in the Boston Globe, Smithsonian, Christian Science Monitor, and Zone 3, Pangyrus, Shooter, Craft, Ocotillo, Fish, and Bosque Literary Magazines. She won the 2018 Bosque fiction prize and received the 2019 Tucson Festival of Books Literary Award for fiction, the 2020 Ghoststory.com fiction prize, and was a finalist for many others, including the Tennessee William Literary Festival Writing Award, the Carve Prose & Poetry Contest, and the Hudson Prize. As a freelance journalist, she covered stories ranging from druids in Massachusetts to relief workers in Bolivia.

Gives readings:
Yes
Travels for readings:
Yes
Identifies as:
White
Prefers to work with:
Adults, Women
Born in:
Bridgeport, CT
Connecticut
Raised in:
Stratford, CT
Connecticut
Please note: All information in the Directory is provided by the listed writers or their representatives.
Last update: Sep 10, 2021
X